WHO IS: Ren Zhengfei

A deeper look at the founder and CEO of Huawei. 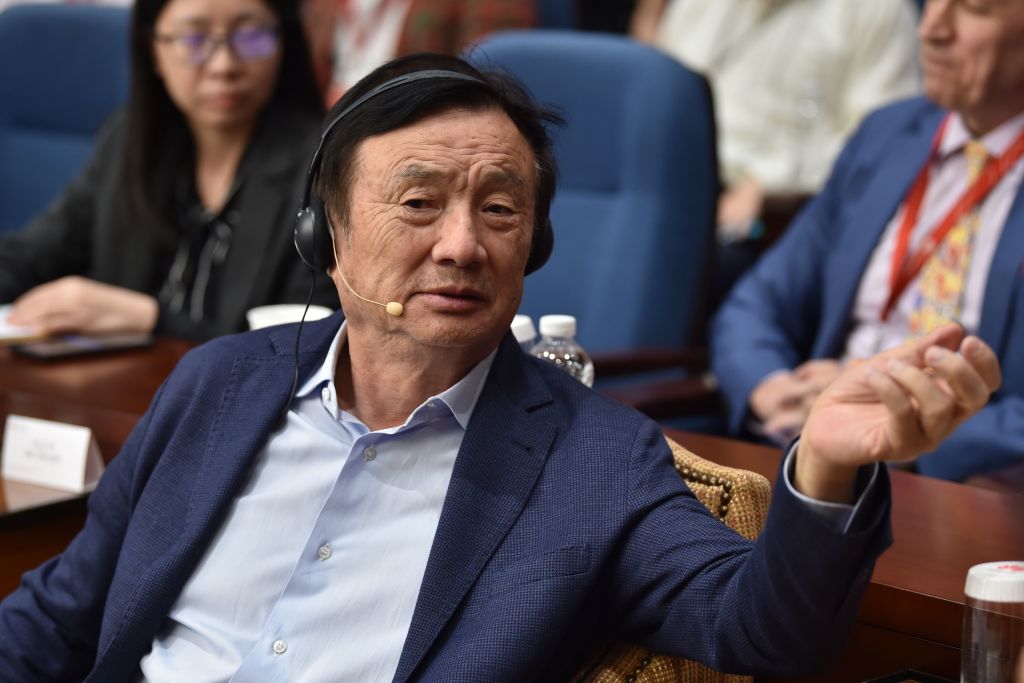 Ren Zhengfei, founder and CEO of Huawei, is hard to pin down, even in this age of information. Despite growing Huawei from a small telephone switch company in 1987 to a tech giant raking in $100 billion a year, much of Ren’s early life is a mystery. Many other tech CEOs, from Mark Zuckerberg to Jack Ma, make regular appearances at speaking engagements and have easy-to-access life stories. Ren, however, has only recently started making more regular public appearances. So who is Ren Zhengfei, and why is he important?

Ren’s story begins in Guizhou, one of China’s poorest provinces. Born on October 25, 1944 to two poor school teachers, Ren eventually worked his way to a degree in civil engineering from the Chongqing Institute of Civil Engineering and Architecture. On his family and youth, Ren said: “I was nobody. I had nothing but good academic performance. My family was poor and my father was locked up in a ‘cow shed.'” Cow sheds are a name for the makeshift prison camps where teachers and school officials were held during the Chinese Civil War. Ren’s father was detained in a cow shed due to both his status as a school teacher and his earlier ties to the Kuomintang, the faction that opposed the Chinese Communist Party (CCP) during the Chinese Civil War.

International media and the US government highlight the postgraduate period of Ren’s life as a potential red flag when it comes to Huawei’s independence from the Chinese government. After securing his degree, Ren made his way to the People’s Liberation Army (PLA) in 1974, where his degree was put to work setting up a textile factory in northeastern China. During most of his time at the factory, Ren was not accepted as a full member of the CCP, nor was he ever technically given a military rank. His breakthrough came when he reverse-engineered a tool for testing machinery at the factory, gaining the attention and support of his supervisor, who helped him secure CCP membership. He worked his way up the bureaucratic ladder until he became a deputy director at a construction research institute, which, Huawei’s website emphasizes to readers, is not a military position. Eventually in 1983, the PLA’s Engineer Corps was disbanded, and Ren moved on to work in Shenzhen, where the CCP was beginning its experiments with a market economy.

At 44 years old, Ren began Huawei as a reseller of telephone switch equipment with the help of only 5 other employees. According to Huawei’s website, the company began in 1987 with a starting capital of 21,000 Chinese yuan, or roughly $5,000 in today’s dollars. One source from 2000 disputes this, claiming that the company received a loan of $8.5 million from a state bank, but most other pieces on Huawei’s story run with the 21,000 yuan figure. Due to the company’s lack of capital and experience in a market economy, it struggled to compete in the urban market, and so looked to provide its services in rural areas. To strengthen the business for the future, Ren chose to reinvest funds into research and development. These funds were mainly allocated towards reverse-engineering imported switches in-house: “to survive and distinguish itself from other domestic manufacturers, Huawei was determined to develop a large-scale switch system — a much more complicated technology, which no multinational enterprise was willing to transfer to Chinese firms.”

Over the years, the business grew through this continued investment in its own R&D, but apparently struggled due to its status as a private enterprise:

“as a private company, Huawei also faced the formidable task of raising capital. Unlike SOEs [state owned enterprises], which could rely on loans from the government-owned banking system, private companies in the early 1990s had few sources of funds. Huawei was forced to borrow from other large enterprises at interest rates as high as 20-30 percent. But Ren and his cohorts invested wisely, spending as much as 100 million yuan (then about $20 million) on research and development.”

By the 1990s, the company had expanded its staff with a huge emphasis, again, on R&D: it had roughly 500 R&D staff on its payrolls, while employing only 200 production staff. By this point, the company had developed a game plan for future expansion — Ren outlined his goals in 1990 as “to develop national industry, keep pace with advanced technology, develop based on its own research; the goal is to capture the China market, open overseas markets, and compete with foreign counterparts.” This quote in particular captures the essence of Huawei’s culture of focus and persistence: despite the company’s lack of standing at the time, Ren’s goals called for methodical development over time, which has clearly paid off in the long run.

Huawei’s first big break came in 1993, when the company finished development of its own C&C08 digital telephone switch, which boasted the largest switching capacity in China at the time. The switch eventually landed Huawei a contract with the government, which a Huawei employee said was “small for our overall business, but large in terms of our relationships.” This relationship with Beijing helped the company grow throughout the 1990s and 2000s as it branched out across China, with new government contracts ranging from the national railway system to massive cities like Beijing and Guangdong. On the role of Beijing’s assistance in Huawei’s domestic expansion, Ren stated: “If there had been no government policy to protect [nationally owned companies], Huawei would no longer exist.” Some other examples of government assistance helping Huawei include a 3.9 billion yuan line of credit extended to the company by the state-owned China Construction Bank, which made up 45% of all the bank’s credit extended in 1998.

With its influence in China in a good place, Huawei began looking abroad. In the early 2000s, the company set up R&D branches across the world, from India to Sweden to the US. The company saw huge growth from its expansions into international markets, and in 2005 its revenue from international contracts exceeded its domestic revenue for the first time. In 2009, Huawei shocked the world by undercutting Ericsson (the world’s largest telecom network maker at the time) in a bid to develop a 4G network for Teliasonera, a Norwegian telecom operator. For many, this signalled Huawei’s arrival to the world stage.

Today, Huawei is one of the largest tech companies in the world. With a revenue of $106 billion in 2019, Huawei has outstripped global tech giants such as Dell, IBM, and Sony, and is looking to expand further as development of 5G technology accelerates across the globe. It has holdings in three main industries: telecommunications, enterprise solutions (business equipment and software), and consumer electronics (cell phones, laptops, etc). Their consumer electronics are extremely competitive globally, and Huawei smartphones have periodically dethroned Apple’s iPhones in terms of international smartphone market shares.

As it has expanded worldwide, Huawei has come under fire for many different offenses, from corporate espionage to the possibility of creating security backdoors which the Chinese government could use to spy on customers. In the US, worries of said security risks have led the government to target the company with various trade restrictions, including a ban on the sale of Huawei products in the US as well as a ban on the sale of US-made parts and software to the company.

In late 2018, Meng Wanzhou, Huawei’s Chief Financial Officer and Ren’s daughter, was arrested in Vancouver, Canada for extradition to the US. She was accused of defrauding banks and violating US sanctions on Iran by lying about links between Huawei Device USA and Skycom Tech, both subsidiaries of Huawei as a whole. The extradition order was accompanied by charges of corporate espionage against Huawei as a whole, alleging that the company had stolen technology from T-Mobile.

Many see the conflict between the US and Huawei as a kind of proxy war between China and the US over the future of telecommunications: “5G is turning more into a geopolitical battleground between the United States and China,” stated one Swedish 5G researcher. In response to US restrictions on the company, Huawei has begun a dramatic restructuring of its hierarchy over the past year, as well as an overhaul of its public relations efforts. The payoff for the winner of this conflict over the future of 5G? Control over the building blocks of the next generation of internet infrastructure, a key to international power as the internet continues to grow in importance.

While searching for sources on Ren and Huawei, I also came across this interesting report on media bias in international reporting on China by the Reuters Institute at the University of Oxford.