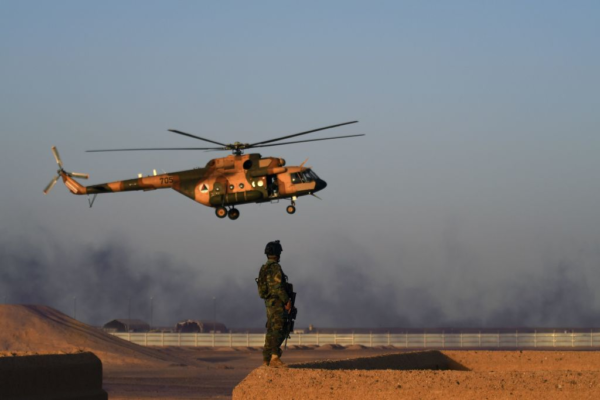 America is a country with a wildly skewed concept of “national security.”

COVID-19 has placed our national vulnerabilities at the center of the world stage – naked, on a pedestal, and surrounded by neon lights – for all to see. Roughly forty-three 9/11s’ worth of Americans have already died from the pandemic—more than the number of US soldiers killed in Vietnam, Korea, and the War on Terror combined.

As an infantry officer deployed to direct combat in Afghanistan where 25% of my platoon were casualties of war, I personally understand that names, numbers, and percentages don’t go in the graveyard. People do. And the stories within this staggering figure contains a compilation of human tragedies that cannot possibly be captured or expressed here.

And yet, for the longest time, “national security” in America has not meant the sober allocation of resources to minimize harm to Americans at home. Instead, it has meant bloated military budgets spent developing white elephant weapon systems like the F-35 fighter jet ($1.5 trillion dollars), waging a negative-sum, multi-decade war in the Middle East ($6.4 trillion dollars), and maintaining a large standing military with a footprint in 80 foreign countries. In June, the Senate Armed Services Committee, in a 25-2 vote, approved the $740.5 billion defense policy bill.

This is an existential problem for our country.

Since 9/11, our government has pulled the metaphorical goalie, shifting attention and finances away from real threats to Americans at home – healthcare, climate change, economic resilience – and allocated them to the perceived threat of terrorism overseas. It stems from our nation’s perverse sense of patriotism: we always have money to bomb people in another country, but never enough to safeguard our own people at home.

If our government is looking to reduce harm to Americans and fulfill its duty to safeguard its citizens, “national security” must take on a broader, less sensational meaning. It must include national preparedness and national resilience, not just an over-blown emphasis on growing our capacity for political violence, surveillance, and “soft power.”

If you doubt that our priorities have gone awry, consider a federal spending comparison: In FY2020, defense-related spending consumed $738 billion, but only $7 billion was budgeted for the CDC. This means that the federal government is willing to spend $2,250 on the military for every man, woman, and child, but only $20 per person on the CDC. If we could go back in time, I imagine most Americans might wish to change this proportion. And yet, even in the midst of this pandemic, the fiscal year 2021 budget cuts funding to the Centers for Disease Control and Prevention (CDC) while further increasing military spending.

To add insult to outrage, in 2013 the US Military found that shipping equipment back to the United States from Afghanistan was too costly, so they destroyed it. $7 billion dollars’ worth—roughly the same amount as the entire CDC budget in 2019.

As we have learned from COVID-19, no amount of soldiers or whiz-bang Military Industrial Complex equipment will safeguard American citizens from President Trump’s “invisible enemy.” Nonetheless, we are left with a predicament where fleets of mine resistant vehicles [MRAPs] sit idle, but healthcare workers, dangerously ill-equipped, must beg for personal protective equipment.

Beyond healthcare, a similarly ignored threat is the climate crisis—the challenge of my generation. And yet, for the first time, the US ranked at the absolute bottom of 57 countries evaluated in the Climate Change Performance Index, showcasing our regressive climate policy. I knew, even while fighting insurgents with assault rifles and hand grenades in Kandahar, that our country’s assets were being squandered. After all, every dollar that America spends on war today is not only a dollar not spent on addressing climate change, but a reinvestment in more and worse wars in the future—caused by climate change.

The greatest threat to America is not some foreign bogeyman looking to destroy the American way of life with high-explosives; rather, it is our national inability to identify threats and prioritize our resources accordingly.

Things won’t change on their own. Our country is perfectly organized to give us our current results. If we do not like these results, we must change the forces that guide our nation. We must rationalize military funding and reallocate resources to the most pressing problems. Thankfully, 2020 is an election year.

Erik Edstrom is a graduate of West Point and the University of Oxford. He served in direct combat in Afghanistan as an infantry platoon leader and later served as the Honor Guard’s Presidential Escort Platoon Leader during the Obama administration.

He is the author of Un-American: A Soldier’s Reckoning of Our Longest War (Bloomsbury). Since the book was published in May, it has received a warm reception from the NYT, LA Review of Books, and War on the Rocks. If you’re interested to learn more, you can go to his website, where the first chapter of the book is provided entirely free.