Not Your Average Tech Bro: The Years of Peter Thiel 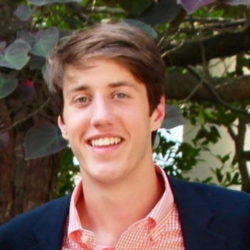 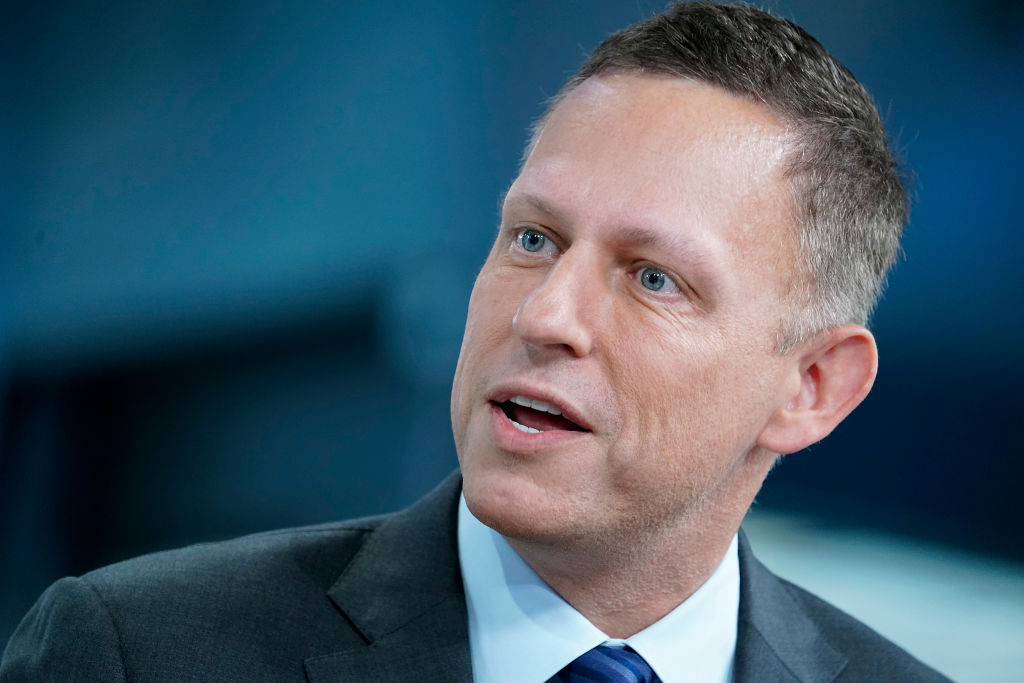 “I think one of the most contrarian things one can do in our society is try to think for oneself.”

“Brilliant thinking is rare, but courage is in even shorter supply than genius.”

“I think society is both something that’s very real and very powerful, but on the whole quite problematic.”

“The best entrepreneurs know this: every great business is built around a secret that’s hidden from the outside. A great company is a conspiracy to change the world; when you share your secret, the recipient becomes a fellow conspirator.”

Who Is: Peter Thiel

52-year-old tech billionaire Peter Thiel is an outlier in just about every sense of the word. A prodigal son of Silicon Valley — having rubbed elbows with the likes of Mark Zuckerberg (as an early investor in Facebook), Elon Musk (as a coworker in PayPal), and Donald Trump (a donor, or political investor, when Trump ran for the presidency in 2016) —  Thiel boasts a resume that is just as unconventional as it is impressive.

A lifelong Republican, Trump supporter, critic of “political correctness” — yet a prominent gay venture capitalist in southern California — Peter Thiel defies almost every convention of the classic tech luminary. His influence permeates almost every sector of American life, from social media to national politics to the Department of Defense. Despite his expansive influence, few understand Thiel’s true motives or ideology. In order to understand the meaning behind this billionaire’s shrouded contrarianism, it is worth reviewing the relationships that have helped Thiel ascend to power.

Although I Walk Through the Valley…

No proper profile of Thiel can omit his time in Silicon Valley. After spending the first ten years of his life living internationally, his family settled in Southern California. As a child, he grew fond of mathematics, science fiction, and Reaganism – a trio of divergent interests that would color his future endeavors. After graduating as the valedictorian of his high school class, he stayed close to home and attended Stanford University, where he majored in philosophy.

However, Thiel’s collegiate credo was not your typical slate of progressive ethics. Rather, Thiel dedicated his time at Stanford to combat what he saw was the greatest threat to American discourse: political correctness. At a time in which sensitivity to marginalized groups was growing in popularity, Thiel stood firmly in opposition to the status quo, claiming such policing of language undermined academic freedom.

In defense of his subversive doctrine, Thiel went so far as to establish his own publication, the Stanford Review, with the stated goal of promoting “bold, contrarian thought at Stanford.” This crusade for philosophical “freedom” drew the young entrepreneur to self identify as a libertarian, and inspired him to remain at Stanford for his post-graduate degree in law.

After graduating from law school, Thiel aspired to clerk for Supreme Court Justice Antonine Scalia. But when his application was denied, the spurned intellectual spent several months in securities law until he discovered his first big break. When a derivatives trading job brought him back to the Bay Area, the precipitous rise of the tech industry caught Thiel’s eye. He pooled money together to establish his venture capital firm, set on harnessing the area’s digital momentum for his own personal gain. It was in this stage of his career that Thiel invested in Confinity, a cryptocurrency service that allowed for online payments via email. Sound familiar? In just a matter of years, through a merger with Elon Musk, that company became PayPal, the investor’s first financial grand slam. Nowadays, employees involved in the payment startup are littered across America’s most prominent industries, such as SpaceX, LinkedIn, Yelp, Tesla, and YouTube, granting the group the title of the “PayPal Mafia.”

The success of PayPal gave Thiel the capital he needed to make a name for himself in the burgeoning Silicon Valley venture scene. After selling the company to eBay for $1.4 billion in 2002, the libertarian was primed to take the unpopular chances he is now praised for.

Luck with the Zuck

Perhaps no risk is more lauded than Thiel’s $500,000 angel investment in a Harvard student’s start-up social media website. As the company’s first outside benefactor in 2004, he received a 10.2% stake in the site and an invitation to join its board of directors. As luck would have it, that company was Facebook and that college student was Mark Zuckerberg. Today, the tech savant has made over $1 billion on the investment, and remains an influential member of its board of directors. Thiel’s weight at Facebook displayed in 2016, when Zuckerberg stood behind his earliest investor and refused to remove him from the table of decision-makers despite a wave of public scrutiny. In his 15 years on the board, Thiel has leveraged his position of influence to mold Facebook in his contrarian image.

Lord of the Rings

While Facebook and PayPal often come to mind when Thiel’s name is mentioned, they only scratch the surface of the entrepreneur’s omnipresent array of investments. Perhaps the most overlooked venture with the coveted Thiel of approval is Palantir Technologies, a secretive data analytics company.

Named after magical “seeing stones” from the Lord of the Rings trilogy — notice Thiel’s aforementioned science-fiction fantasies peaking through — Palantir takes the fraud detection technologies developed by PayPal and leverages them to help the US government. Many of their projects are unknown to the public, but we do know that Palantir is integral to federal counter-terrorism efforts and has even admitted that their technology has “on occasion” assisted in killing people. Thiel — unsurprisingly — is the firm’s largest shareholder, and has cut massive deals with western governments by presenting Palantir as a potent data solutions company with nerdy Silicon Valley appeal.

The mysteries of Palantir may be soon unveiled to the public, however, as the company announced in July that they plan to go public after a $48 billion evaluation. As the tech giant begins to move towards marketing its products to non-government agencies, expect Thiel to come out on top of yet another Silicon Valley success story.

The Don and The Donald

Until 2016, Thiel boasted a relatively unassuming national reputation. Those plugged into Bay Area tech politics may have been privy to his odd blend of libertarian politics, but that all changed during Donald Trump’s infamous presidential campaign. Thiel cemented his status as San Fran contrarian extraordinaire when he publicly endorsed Trump in a speech at the Republican National Convention. And while a tech mogul and a reality TV star may not seem to have much in common, the peculiar similarities between Trump and Thiel illuminate what can only be described as Silicon Valley’s most controversial companionship.

Much like the President, Thiel is a critic of multiculturalism and openly feuded with the press. The culmination of his Stanford Review ruminations came in 1994 when he published his only book, The Diversity Myth, a scathing critique of political correctness of college campuses. Trump too has harnessed this hatred of accommodating language, using it to propel him to the highest office in the land. Just as Trump holds grudges and denounces fake journalism, Thiel funded Hulk Hogan’s costly lawsuit against news outlet Gawker all because they ran an article that speculated his homosexuality (their assumption was correct, but the site bankrupted in the process).

Putting aside these striking similarities, Thiel’s endorsement of Trump can also be interpreted as just another sly business move for the unabashed billionaire. When he sported the philosophical MAGA hat early in his campaign, many considered Thiel out of his mind. Just 6 months later, he sat on the President’s transition team, overseeing one of the most instrumental processes in American democracy.

Peter Thiel’s considerable power and influence should not be taken lightly. However, some of his more peculiar practices poke holes in Thiel’s carefully constructed facade as an all-knowing tech magnate. Perhaps the most head-scratching passion project of the indiscernible guru is his relentless pursuit of immortality. No, seriously. Thiel doesn’t plan to end his enviable run of fortune and fame anytime soon, claiming in 2012 that “death is a problem that can be solved.” His venture capital funds have dumped millions of dollars into startups researching anti-aging technology, and he is using himself as the guinea pig. Prophesying that humans “should not go gently into that good night,” Thiel has admitted to taking human growth hormone and signing up for a cryogenic freeze in order to preserve his vitality for as long as possible. His immortal fanaticism even led to the spread now-debunked rumors that Thiel himself is a “vampire,” or transfusing himself with the virgin blood of teenagers. This, of course, is not true. But the fact that many accept this as a face-value truth says a lot about the reputation Thiel has garnered over the years.

Who is Peter Thiel? In summation, the better question may well be who Thiel isn’t. As a master contrarian, conqueror of Silicon Valley, and political outsider-turned-insider, the man defies conventional logic in just about every way. Which is what makes answering such a question so difficult.