America’s reality has never matched its ideals; but cooperation, not conflict, will help us move closer to them 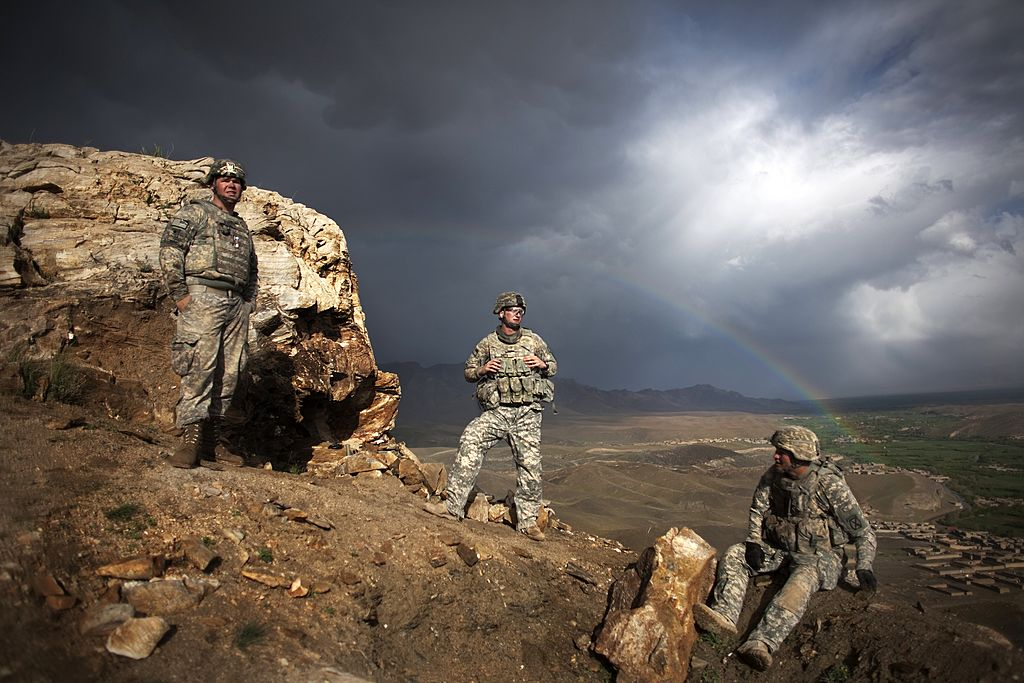 “The only limit to our realization of tomorrow will be our doubts of today. Let us move forward with strong and active faith.”

“A nation that destroys its soils destroys itself. Forests are the lungs of our land, purifying the air and giving fresh strength to our people. ”

My platoon of twenty-eight light infantry soldiers, understrength and operating out of a dusty, outpost in southern Afghanistan, needed to unify as a team to survive. The question remained, “how would we do it?”

A volunteer military must take what society gives it, and my infantry platoon was given a wobbly assemblage of misfits and Marlboro Men. They were liberal and they were conservative; they were black and they were white; they were religious and they were atheists. But ultimately, our differences did not divide us. The most extreme prejudices were tucked out of sight—an olive branch in the name of mutual survival.

At the outpost, every soldier mattered. Whether we were on patrol in 112-degree heat, or smashed together inside a tight-fitting armored truck for fifteen hours at a time, we had the importance of interdependence drilled into us.

The uncomfortable truth is that, as a country, America has lost that understanding. America, divided and angry, faces unprecedented challenges—a pandemic, the climate crisis, and domestic unrest—and it must, like my platoon in Afghanistan, unify to survive. But given our current context, where Americans treat each other like warring clans, the task seems daunting.

Although the Declaration of Independence proclaims that “all men are created equal,” the darkest irony is that war, America’s preferred foreign policy solution, is the ultimate act of dehumanization and inequality. To look through the optic of your assault rifle at another human being and pull the trigger necessitates ignoring another person’s moral significance. To make other people ‘killable’—to pretend ‘they deserve it’—ensures that equality, the ideal that America set out to achieve 244 years ago, will never be achieved.

And perhaps most frustratingly, as we segment ourselves by political tribe, Americans come to see themselves as separate and superior to their own countrymen.

Americans riddle each other with the same intensity and verbal abuse that soldiers traditionally reserve for the people they kill in war. It’s not uncommon to see cartoons of the enemy—the inhuman members of the opposing political party—as something akin to old-timey war propaganda.

America in 2020 is a country where demonstrators, seeing rampant racism and police brutality in their streets, get blinded by rubber bullets, fired by police.

America in 2020 is a country that can’t provide basic protective equipment to healthcare workers, mid-pandemic, but can provide its military with a tumorous, near-$1 trillion budget—already larger than the military budgets of the next 10 countries combined.

America in 2020 is a country where income inequality is the highest it’s been since the Census Bureau started tracking it, five decades ago.

America in 2020 is a country where it’s better to be born rich than smart.

America in 2020 is the country that has the largest cumulative carbon debt, while simultaneously being the lowest ranking country in the Climate Change Performance Index, making the US both the leading climate culprit, globally, and the biggest obstacle to progress.

And on Independence Day, 2020, America celebrates its unchallenged sovereignty, hardly noticing the reality that our military continues its violent, 19-year occupation of Afghanistan, depriving others of the same self-determination that we hold sacred.

This Independence Day, we are forced to confront national problems, systemic in nature, long-overlooked, and in some cases, willfully ignored: racism, contempt for science, climate change denial, misallocation of taxpayer dollars; then there is corruption, injustice, inequality, divisiveness, partisanship, and militarism, both at home and abroad. The list is long, the problems, wicked.

Surveying the work that must be done, it would be easy, even understandable, for Americans to feel a sense of resignation or despair. The human species faces urgent threats, and yet, change on a human timescale seems glacial. For instance, if America hasn’t fully reckoned with racism in 155 years—the time since the 13th Amendment—how can we possibly decarbonize the global economy and solve an issue like the climate crisis in six months—the timeline outlined by the chief scientist of the International Energy Agency – especially when our President refuses to acknowledge that this threat exists?

Far from being independent of the world, as our national mythos celebrates, we are in fact, interdependent with nations and citizens everywhere. The problems of the 21st century are not those that can be addressed by any one country or polity acting on its own, they must be faced by concerted and coordinated global action. We need others, as much as they need us, if we are to succeed.

Although 2020 has been a hard year for every country, it is not the outcome of events but, rather, the response to those outcomes, that define our country’s character. Americans have always expected progress; now it is time to demand it through cooperation, not conflict. After all, would America be America if it did not demand continuous improvement, moving ever closer to that permanently elusive, “more perfect union”?

Protests and riots have shown that laws and government policy have failed to keep pace with America’s contemporary definition of human rights and national values. And unfortunately, the road to progress in America always seems destined to go through a formation of riot police, bristling with batons.

So, in this moment of turmoil, let us remember that America is capable of reinventing itself.

America in 2020 is also a country that protested racial injustice until police reform legislation was drafted—that founded community-based Mutual Aid when it was clear that local needs outstripped government services—and that protected gay and transgender workers from workplace discrimination in a landmark Supreme Court decision.

Change is possible. There is hope.

It’s unlikely that reality will ever match our ideals. However, that doesn’t mean we shouldn’t move closer, relentlessly, together.

Erik Edstrom is a graduate of West Point and the University of Oxford. He served in direct combat in Afghanistan as an infantry platoon leader and later served as the Honor Guard’s Presidential Escort Platoon Leader during the Obama administration.

He is the author of Un-American: A Soldier’s Reckoning of Our Longest War (Bloomsbury). Since the book was published in May, it has received a warm reception from the NYT, LA Review of Books, and War on the Rocks. If you’re interested to learn more, you can go to his website, where the first chapter of the book is provided entirely free.