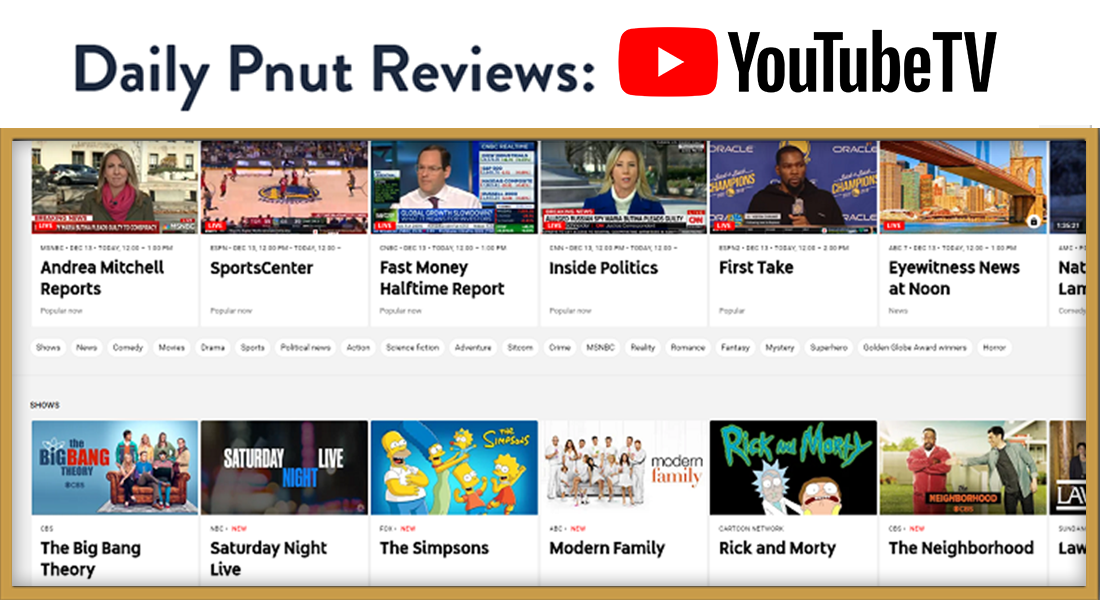 Launched in February of 2017, YouTube TV is a television streaming service that offers live TV and on demand videos from more than 85 television networks. Their line-up includes some major U.S. networks such as ABC, CBS, CNN, Comedy Central, and ESPN.

YouTube TV caters toward a range of audiences – essentially anyone who is interested in keeping up with the news or watching their favorite television programs without having cable.

YouTube TV has a pretty steep price, costing $64.99 a month for access to over 85 television networks. This is fairly cheap compared to traditional basic cable plans, but is on the pricier end when it comes to most streaming services. 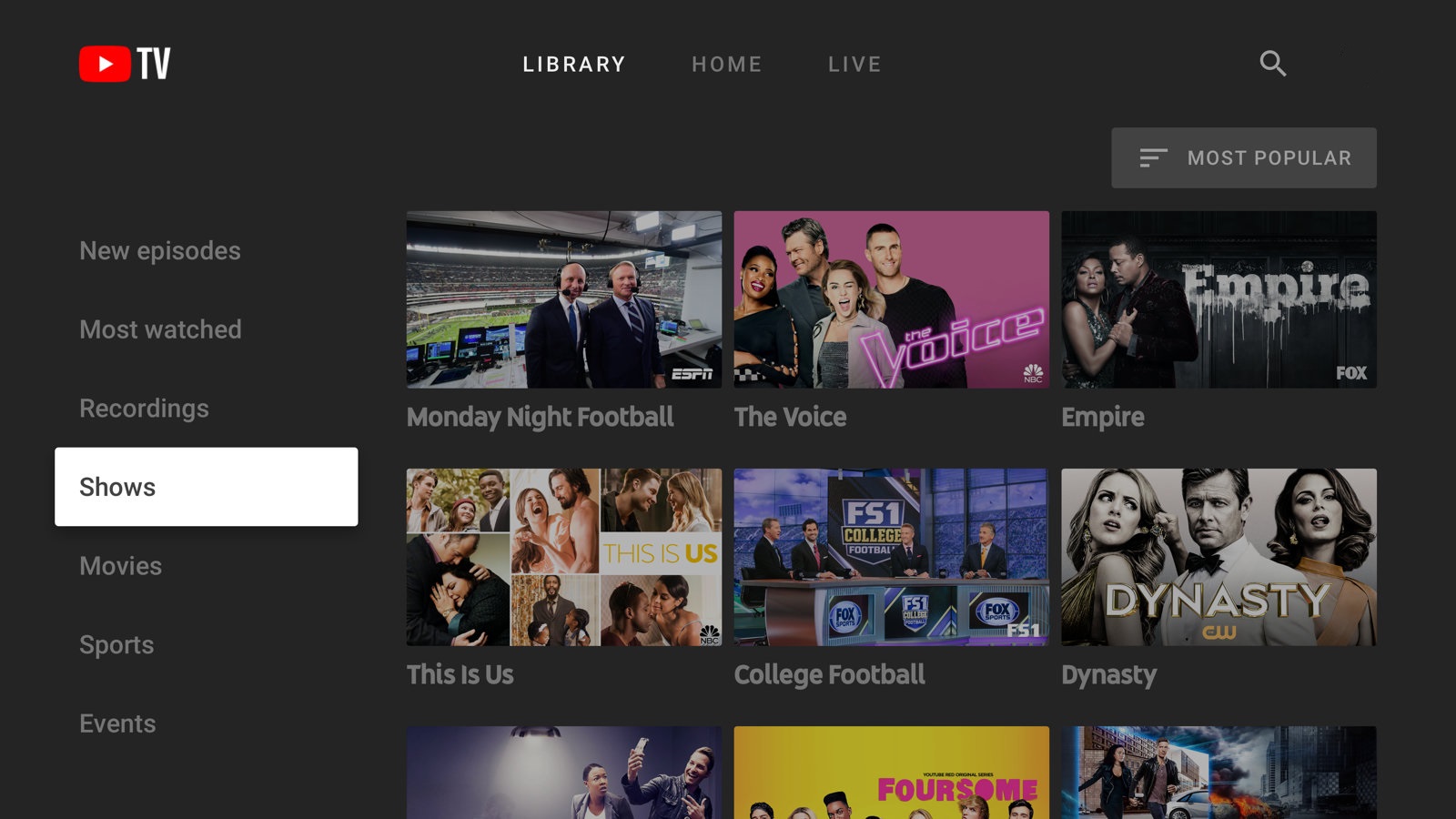 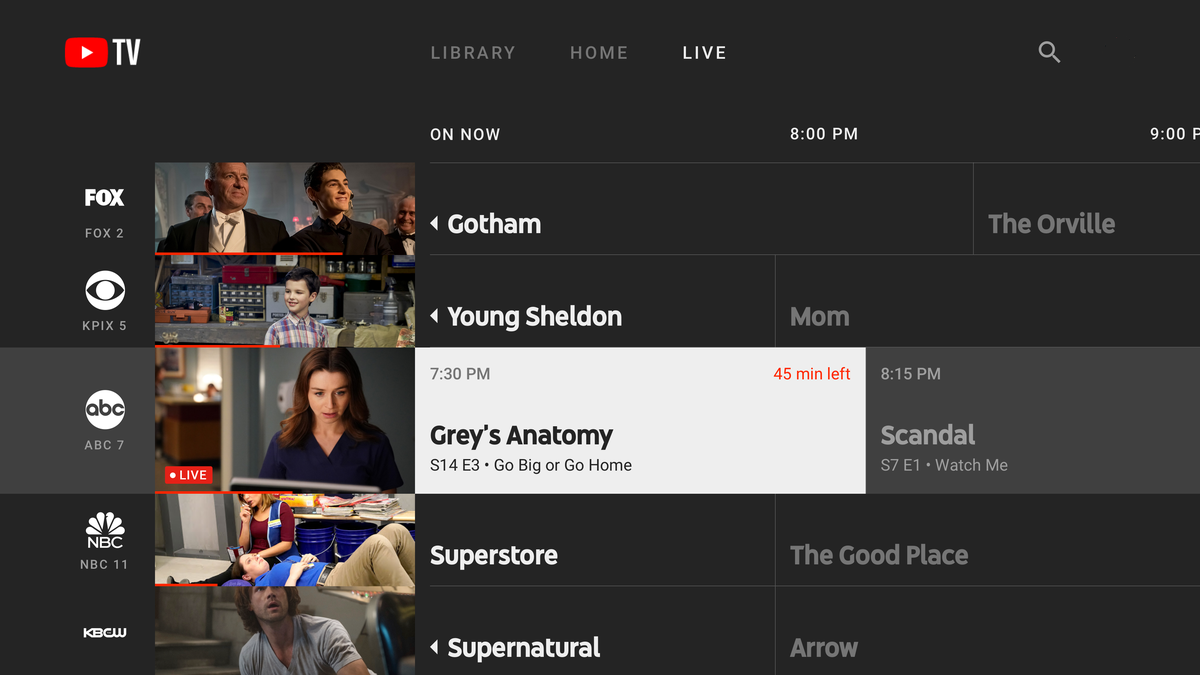 YouTube TV has a very similar interface to YouTube’s standard layout. The topbar has three buttons: library, home, and live (which brings users to live channels). In addition, there is a search bar and a settings tab. The search tool is quite useful, offering filters and allowing for specific searches to narrow down the range of results.

On the Now Playing screen, there are options including 15-second fast-forward and reverse buttons on the right, closed-captioning, streaming quality, and playback speed options on the left. Though ads are abundant as with regular cable services, YouTube TV’s DVR functionality allows users to fast-forward past ads in recordings.

YouTube TV is available on Apple and Android devices, PC/Laptops, PlayStation 4, XBox One, and Roku, meaning it’s available at any time, anywhere (with internet connection).

YouTube TV is similar to Hulu with Live TV. Hulu offers a broader range of on-demand shows and movies, however. AT&T TV Now is another service similar, though they have tiered subscription plans, while YouTube TV only has one offering. Hulu with Live TV costs $54.99, a ten dollar price difference with additional on-demand content available. AT&T TV Now has a base price of $55, but the additional tiers bring costs higher than YouTube TV. One major advantage of YouTube TV is its DVR function, which allows users to record and playback shows and movies.

YouTube TV has a solid lineup of television networks available, but its main crux is lack of on-demand streaming content. When compared to Hulu with Live TV, the price is higher for much less content.

A solid substitution to cable television, YouTube TV comes at a steep price, making it less noteworthy than other streaming services. Though it offers a fairly unique service, I would have to say that Hulu with Live TV is a better choice both price-wise and content-wise. Until YouTube offers a wider range of original content, I would say that the alternatives, however few, are better in quality and quantity.