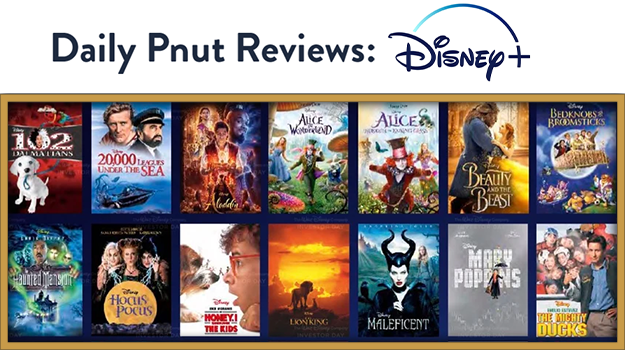 Disney+ is one of the newest online streaming services, having launched in November of 2019, but is up to the task of dealing with major competitors such as Netflix and Hulu. Disney+ hosts a huge selection of movies and television shows, from Disney family classics to the Marvel Cinematic Universe to the nature and science documentaries of National Geographic.

Disney+ has a wide audience, ranging from kids hoping to watch their favorite Disney cartoons to older audiences wishing to relive their childhoods and teenage years with the vast range of classic Disney movies. Anyone who is a fan of not only Disney, but also Pixar, Marvel, Star Wars, or National Geographic is sure to be thrilled by the bountiful selection available.

Disney+ has a monthly charge of $6.99 for their full-access, ad-less viewing experience. An annual plan is also available for $69.99 a year. Up to four devices can use a Disney+ account at the same time.

Disney+ offers over 600 movie titles and a host of documentaries and television shows. Ranging from National Geographic to all 30 seasons of The Simpsons to some of the most iconic animated and live action movies of all time (such as Finding Nemo and the Star Wars movies), Disney+ is definitely not lacking in its content department. Disney+ also offers a bundle with Hulu and ESPN+, at the low price of $12.99 a month! The bundle comes with a basic Hulu subscription and ESPN+ subscription, unlocking a new slew of shows, movies, and live sports broadcasts.

What were your favorite movies/shows and why?

Some of the newer content such as The Mandalorian and the wide range of National Geographic documentaries were quite nice to watch. I would highly recommend watching the Hamilton musical as well (an exclusive for Disney+).

After finding a movie to watch, users are transferred to a page with a description for the movie as well as other basic information such as its rating (G, PG, PG-13, R), the movie’s original air year, the movie’s length, and the genre of the movie. At the bottom of the page, there are suggested movies, extra features, and extra details about the movie including a list of the major cast. When viewing movies and shows, there is a variety of audio and subtitle settings available. Movies can only be watched at normal speed, but there are options to skip forward or back up ten seconds.

Disney+ is available on Apple and Android devices, PC/Laptops, PlayStation 4, XBox One, and Roku, meaning it’s available at any time, anywhere (with internet connection). Streaming quality goes as high as 4K, meaning it’s a pleasant viewing experience regardless of the device.

The main points of comparison for Disney+ would be its selection of movies and television shows when facing off against rival streaming sites such as Netflix or Hulu. Disney+ has loads of exclusive content and a variety of family favorites, including original Disney movies, Pixar movies, and of course a range of Marvel and Star Wars films and spin-off shows. Though Netflix originals have recently begun gaining traction and popularity, it’s hard to fight against major forces such as The Avengers or beloved classic animated films such as Mulan and The Lion King.

Another major comparison point is pricing. With its low price of $6.99 per month, Disney+ is one of the cheapest major streaming services available (Hulu has a base price of $5.99, with more expensive options for expanded content). Disney+ also has just one rate to unlock all content on the service, which is quite a generous pricing.

Because it is a relatively new service, there is still less content available on Disney+ compared to other streaming services, which have had years to build and gather content, but what Disney+ lacks in quantity, it makes up for in quality – though adding more to its offerings may be food for thought moving forward.

Overall, Disney+ is a very solid streaming service – and has a very wide range of movies and shows available. I found Disney+ to be very intuitive and easy-to-use. This is without taking into consideration its extraordinarily low price – at just $6.99 you get the full package of ad-free, 4K streaming, which is quite welcome in a market that was largely dominated by Netflix and its pricier viewing/subscription options. If you do subscribe to Disney+, I would highly recommend watching the Hamilton movie.