As Fraud Is My Witness

“There is a higher court than courts of justice and that is the court of conscience. It supersedes all other courts.” – Mahatma Gandhi

The Society of Jesus, aka Jesuits, is a religious order of the Catholic Church. The first Jesuits arrived in “English America” in the 1630s and founded the Maryland Colony. In 1789 Georgetown, a commercial post along the Potomac River that was part of the Province of Maryland became the site of what’s now Georgetown University. To help finance its operations, the college relied on Jesuit plantations in Maryland, worked by slaves who were often donated by prosperous parishioners. Early on, the college suffered from considerable financial strain, and in 1838, the Jesuits sold 272 slaves from a Jesuit-owned tobacco plantation in Maryland to two Louisiana plantations for $115,000 to help repay its debts.

Over a dozen universities, including Harvard, Columbia, Brown, and UVA, have publicly acknowledged their ties to slavery and the slave trade. But the 1838 slave sale, organized by Jesuits who founded and ran Georgetown, stands out for its sheer size. A wave of campus protests swept the country in the fall of 2015, and Georgetown faced pressure to take steps to address racism. The university began offering preferential admission to descendants of the slaves sold and renamed two buildings. Richard Cellini, a practicing Catholic and Georgetown alumnus, set up the Georgetown Memory Project nonprofit, hired eight genealogists to track down the slaves and their descendants, and raised money for fellow alumni to finance their research.

In March 2021, leaders of the Jesuit Conference of Canada and the United States pledged to raise $100 million to benefit the descendants of the enslaved people it once owned. Conference President Reverend Timothy Kesicki said the money would flow into a new foundation, the Descendants Truth & Reconciliation Foundation, established in partnership with a group of descendants whose ancestors had been part of the 1838 sale. Father Kesicki’s order deposited $15 million into a trust established to support the foundation.

It’s now 16 months later, and only $180,000 in small donations has flowed into the trust. Alarmed by the slow pace of fund-raising, the president of the descendants’ group wrote to Rome earlier this month, urging the order’s worldwide leader to ensure that the American priests make good on their promise. “[W]ithout your engagement,” the president wrote to the Jesuit superior general, “this partnership seems destined to fail.” (NYT ($), Georgetown Memory Project, DT&RF)

Sick As A Dog 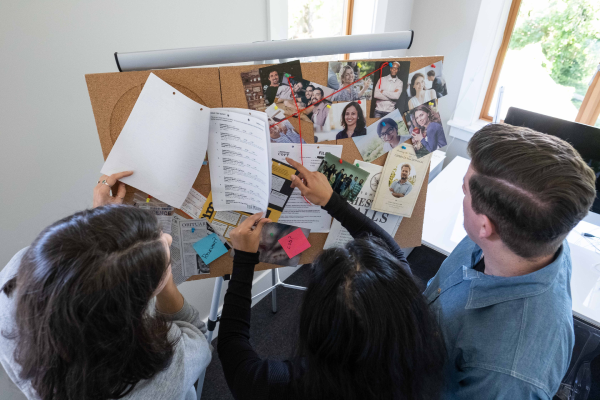 As Fraud Is My Witness