Put Your Money Where Your Musk Is

“I’m so glad I live in a world where there are Octobers.” — L.M. Montgomery

“Autumn is a second spring when every leaf is a flower.” — Albert Camus

Not Always Black And White

How is skin color a factor when deciding whether to grant a death row inmate clemency or a new trial? A 2020 Death Penalty Information Center report offers critical insight into historical racial disparity in the criminal justice system, and compelling evidence of racial bias playing a role in driving death sentences for Black defendants.

Julius Jones and co-defendant Christopher Jordan, both Black, were arrested in 1999 during a car-jacking wherein White businessman Paul Howell was shot to death. A witness said the shooter had a red bandana over his face. The night of the murder, Jordan slept over at Jones’ home, where police found the gun wrapped in a red bandana. Jordan made a deal with prosecutors to testify against Jones in exchange for his guilty plea and a 30-year prison sentence. An almost all-White jury convicted Jones, and he was sentenced to death.

Jones presented a clemency petition to Oklahoma’s Republican governor Kevin Stitt. The petition alleges his trial lawyers were “inexperienced, overworked, and under-resourced public defenders” who didn’t call a single witness or present any potentially exculpatory evidence during trial. Also, prosecutors misled the jury by not revealing deals they’d offered their witnesses, including Jordan. Jones’ family says he was home the night of the murder, and he didn’t fit the shooter’s description. The arresting officer had called Jones the n-word, and during deliberation a juror also called Jones the n-word. Several individuals say Jordan had admitted he was the one who killed Howell and hid the weapon and red bandana inside Jones’ house.

Jordan was released from prison in 2014. Jones, on death row for 22 years, is asking that his sentence be commuted to life with the possibility of parole. Oklahoma’s parole board has recommended twice that he be granted clemency — the latest time on Monday. The decision is now up to Stitt.

Meanwhile, Texas death row inmate Rodney Reed, 53, has just been denied a new trial by a state district judge appointed to review the case after Texas Criminal Appeals Court delayed Reed’s 2019 execution date. Reed, who is Black, was convicted in 1996 for murdering a young White woman engaged to a White police officer, Jimmy Fennell. Reed always maintained that Fennell killed his girlfriend because she was having an affair with Reed. Fennell, who’s served time for sexual assault, has denied killing his fiancée. A two-week evidentiary hearing was held in July in which supporting witnesses and forensic experts testified that Reed and the woman had been having a consensual affair and that she’d died hours earlier than prosecutors contended. The case goes back to the appeals court to finally decide if Reed gets a new trial. (CNN, AP)

Maybe Not The Happiest Place On Earth

Put Your Money Where Your Musk Is 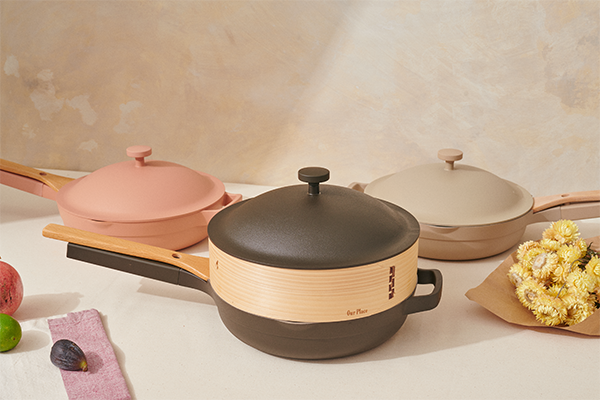 Made (Faster) In China