Our decisions about transportation determine much more than where roads or bridges or tunnels or rail lines will be built. They determine the connections and barriers that people will encounter in their daily lives – and thus how hard or easy it will be for people to get where they need and want to go. — Elijah Cummings

Biden Trains His Sights On Amtrak 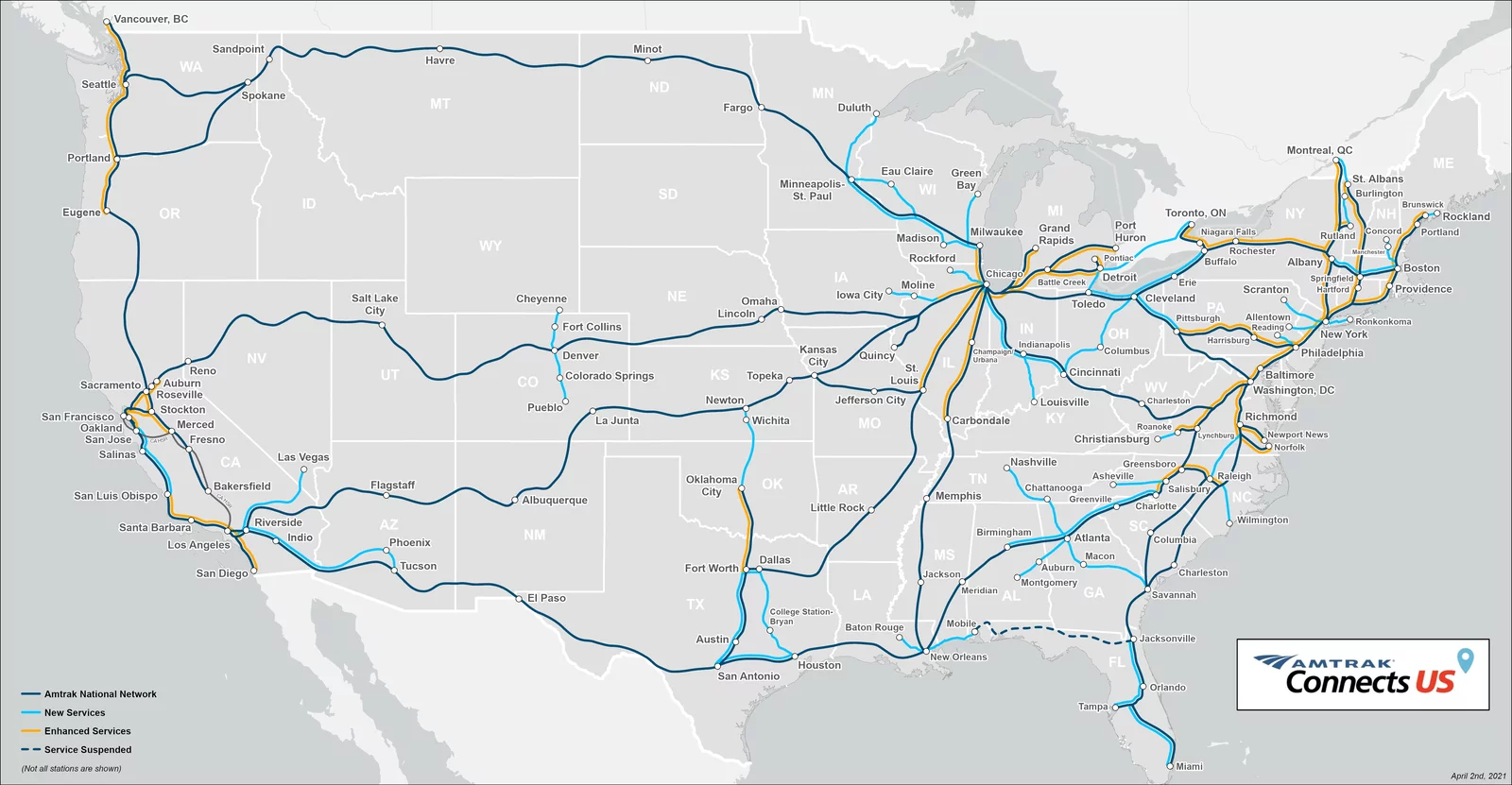 Transportation is the largest source of US greenhouse gas emissions. A good high-speed rail system would work wonders to help ease that problem. But America’s passenger rail system lags far behind the rest of the developed world.

Elsewhere, most high-speed rail projects are built, funded, and fully subsidized by a nation’s government. Amtrak is government-owned, but the vast majority of America’s rail infrastructure is owned by private companies, who see no profit in passenger rail. The sparse passenger rail network that does exist is grievously behind in safety standards compared to countries like the UK, France, and Japan that rely heavily on high-speed rail.

President Biden has a different vision, as he is well known for his former daily Amtrak commute from home in Wilmington, Delaware to Washington, DC and back. Included in the President’s proposed $2.2 trillion infrastructure package are two provisions for major rail investments: $85 billion to modernize public transit (commuter rail, buses, stations, etc.) and $80 billion to improve and expand the nation’s passenger and freight rail network.

Biden said his American Jobs Plan “will build new rail corridors and transit lines, easing congestion, cutting pollution, slashing commute times, and opening up investment in communities that can be connected to the cities, and cities to the outskirts, where a lot of jobs are these days. It’ll reduce the bottlenecks of commerce at our ports and our airports.”

For those who’ve been eager for alternatives to the car, this commitment is what they’ve been waiting for. “President Biden’s plan would revolutionize the way Americans travel, finally launching U.S. passengers into the 21st century,” said the president of the Rail Passengers Association.

Amtrak enthusiastically responded to Biden’s plan, putting out a map and a vision for what an expanded US rail network would look like by 2035. Some 30 new routes added, and more trips made available on 20 existing ones. Potential new service lines to connect all of Texas’ biggest cities; new connections made across the Midwest, including between Cincinnati, Columbus, and Cleveland, Ohio. New routes in the southeast stretching from Atlanta to Chattanooga and Nashville, Tennessee, Savannah, Georgia, and Montgomery, Alabama. There would be service to almost every state in the contiguous US.

Around the country, local news gleefully imagined what expanded rail could mean for their communities, like new service from Baton Rouge to New Orleans, and Las Vegas to Los Angeles. One radio station said the plan “would bring Amtrak passenger service back to Phoenix for the first time in decades.” And on Twitter, people started posting the rail lines they want to see — like a direct route from Ohio to Florida. (Geography of Transport Systems, Guardian, NPR)

Greenland Pledges To Be Even Greener 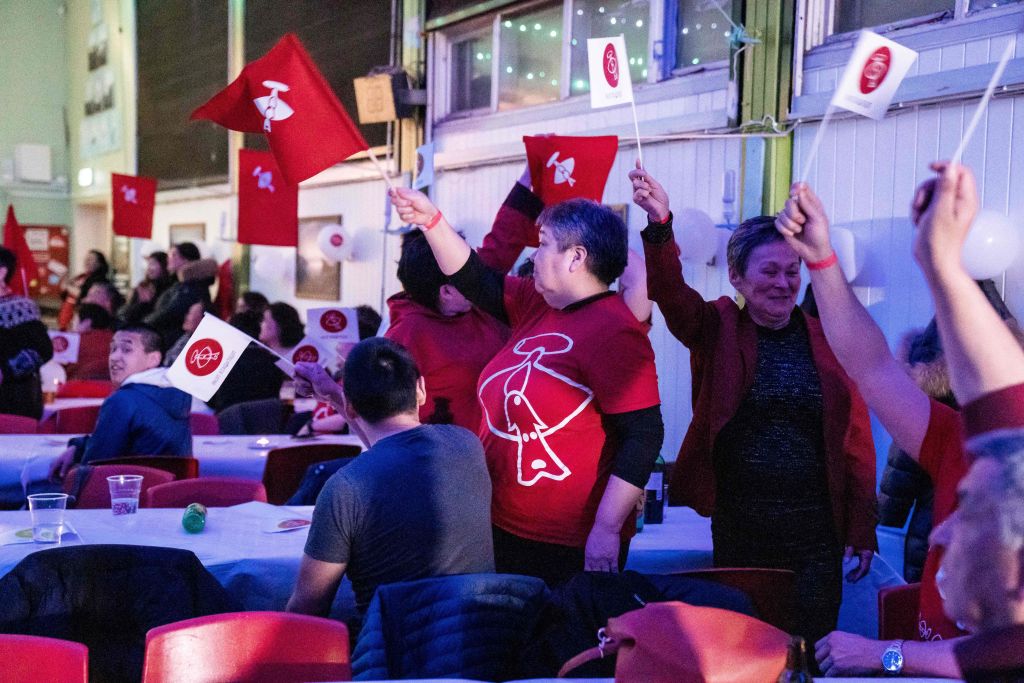 Texas Kills Off The Moratorium