It’s time to play… Are You Smarter Than A 5th Grader (if that 5th grader read a TON of news). Test your knowledge of recent world news with this short quiz. Submissions must be made by 12pm EST Monday, 3/15. The winner, announced Wednesday, will win bragging rights for the week as well as a free Daily Pnut t-shirt.

“Hypocrisy can afford to be magnificent in its promises, for never intending to go beyond promise, it costs nothing.” — Edmund Berke

“Only crime and the criminal, it is true, confront us with the perplexity of radical evil; but only the hypocrite is really rotten to the core.” — Hannah Arendt 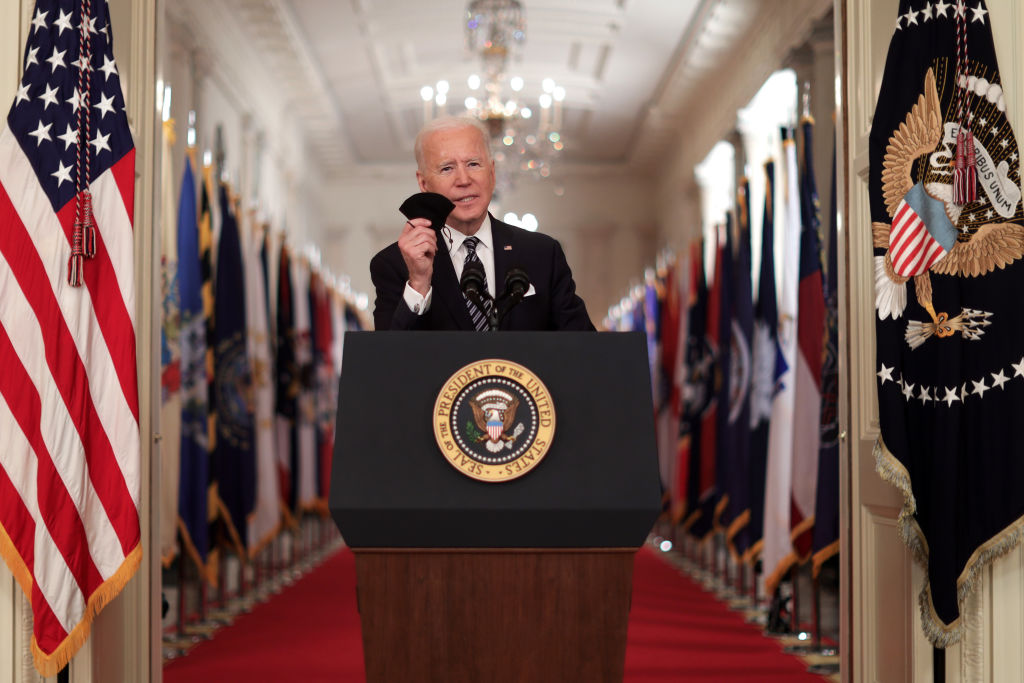 Last night, President Biden addressed the nation on the one-year anniversary of the Covid shutdown, reviewing his progress on fixing the dark and dismal vaccine strategy left behind by the previous administration, which failed to order enough doses, then failed again to properly distribute them to states.

In his address, the President asserted that the goals he set out on Day 1 in office are being accomplished even quicker than imagined. Vaccine manufacturing and distribution have exploded, as have the numbers of Americans getting vaccinated. Biden will direct that by May 1, every person in America, regardless of age, will be eligible to sign up for a shot, and there will be enough vaccine doses for everyone by the end of May.

He emphasized that reliance on science is finally showing us the light at the end of a long dark tunnel. He also pleaded with Americans not to give up too soon on taking precautions, like mask-wearing and hand washing, as that is a big risk for a setback.

Earlier Thursday, Biden signed the massive $1.9 trillion coronavirus relief package Congressional Democrats were able to get passed in those 51 days. The American Rescue Plan tackles not only the health crisis, but the economic crisis created by the health crisis. It allocates money for vaccines, schools, small businesses. and anti-poverty programs like an expanded child tax credit which will provide new monthly payments to many parents and possibly lift half the nation’s children out of poverty. Most adults will receive a direct $1,400 payment.

Democrats had hoped to get bipartisan support, but Republicans were in lockstep against it. The bill passed along party lines 220 to 211. Senate Minority Leader Mitch McConnell called it “one of the worst pieces of legislation I’ve seen pass here in the time I’ve been in the Senate.” Then he added that he and his party would spend the next months telling the American people what a terrible mistake the Democrats’ COVID relief package is.

In 2009, after the financial meltdown during the Bush administration and the election of Barack Obama, Congressional Democrats passed a Recovery Act that was unabashedly vilified by all Republicans — except when it benefited their constituents. The practice became so common Dems started calling these Republicans “Highway Hypocrites.”

It’s happening again. Hours after the Rescue Plan passed, Mississippi’s Republican senator Roger Wicker tweeted his glowing approval of funding that meant “independent restaurant operators” would receive “$28.6 billion worth of targeted relief…[ensuring] small businesses can survive the pandemic…and keep their employees on the payroll.” He didn’t mention he voted against the bill. (KHN, NPR, MSNBC)

No Room At The Inn, Or The Hospitals 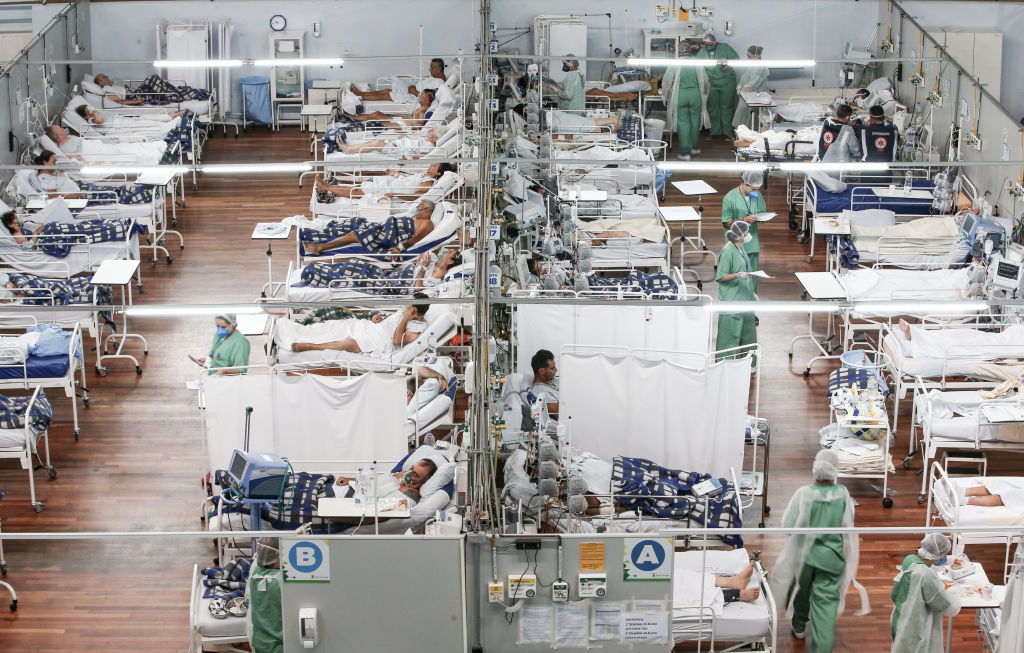 Looking For Election Interference In All The Wrong Places