Stranded On An Electrical Island

“Hoping for the best, prepared for the worst, and unsurprised by anything in between.”  — Maya Angelou

Stranded On An Electrical Island

As much of the southeastern US reels from a once-in-a-generation cold snap, one state seems to be grabbing all the headlines: Texas. That’s because while most states are tapped in one of two national power grids, the Lone Star State has been running off its own independent electricity grid for years. So unlike the rest of the country — which has outfitted its energy sources with winter-weather-proof equipment — Texas’ privatized energy providers never felt the need to prepare for an unprecedented cold spell. In the name of free markets and cost efficiency, there was simply no incentive to prepare the state’s power supply for the winter’s worst.

Well this week the worst has come to fruition, as energy demand reaches unprecedented heights amidst chilling temperatures — which just so happen to have frozen much of the state’s natural gas pipelines, which can clog up with ice as moisture in the gas solidifies. Without any outside help from national power grids, the Electric Reliability Council of Texas (ERCOT) has been forced to cut the cord on many of its 26 million customers, leaving Texans to fend for themselves as they endure a generational cold spell.

Rolling blackouts have become the unfortunate norm this week, as the state’s “Wild West market design based only on short-run prices” has allowed the wholesale price of electricity to jump from $22 a megawatt-hour to about $9,000 in just a matter of days. As his constituents sat freezing cold in the dark, Texas Governor Mark Abbot called for ERCOT reform, claiming that “far too many Texans are without power and heat for their homes as our state faces freezing temperatures and severe winter weather. This is unacceptable.”

While everyone agrees that something is seriously wrong with the state’s independent power grind, defining what exactly is to blame has become more of a partisan finger-pointing fest as the blackouts roll on. Many Republicans — including Abbott — have attempted to blame the crises on insidious “green” energy. The governor pointed to several frozen wind turbines as the reason that the “Green New Deal would be a deadly deal for the United States of America” during an interview with Sean Hannity.

But in fact, the real culprit of this fuel fiasco has been the widespread failure of Texas’ natural gas systems. This sentiment has been echoed by both energy experts and ERCOT themselves. “Texas is a gas state, [and] gas is failing in the most spectacular fashion right now,” said Michael Webber, an energy resources professor at the University of Texas at Austin.

“It appears that a lot of the generation that has gone offline today has been primarily due to issues on the natural gas system,” senior ERCOT official Dan Woodfin conceded in an interview with the press on Tuesday. So don’t go blaming green energy for a crisis perpetrated by green-seeking state officials intent on maintaining what ERCOT CEO Bill Magness proudly described as “an electrical island in the United States.”

Myanmar Won’t Cave To The Military 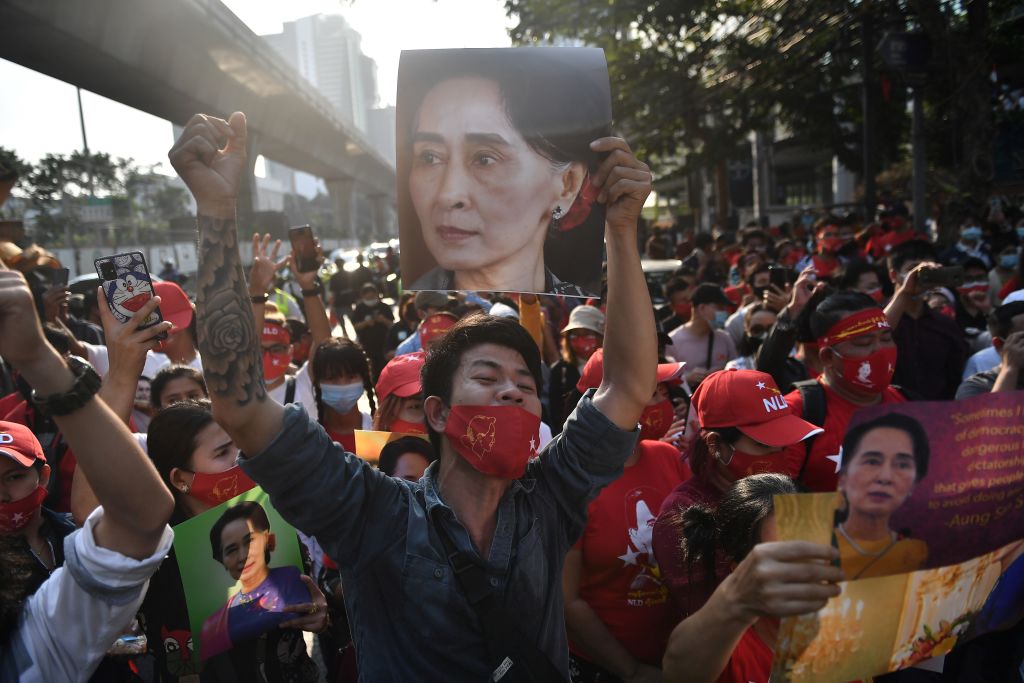