“The judge is found guilty when a criminal is acquitted.” — Publilius Syrus

Donald Trump’s second impeachment trial ended Saturday with a predictable outcome: acquittal. Seven Republicans joined the majority, making the vote 57 for conviction, 43 against. While it was satisfying that several GOP senators crossed over, it was still 10 shy of the 67 votes needed for conviction.

Evidence against the former president was undeniably clear: (1) Trump spent months grooming his followers to believe the lie that the election was fraudulent; (2) his inflammatory speech on January 6th incited the mob to attack the Capitol Building, and (3) he made no real or timely attempt to call off the rioters. Death and destruction could have been far worse had the fanatics found their targets, specifically House Speaker Nancy Pelosi and Vice President Mike Pence.

Minutes after voting to acquit Trump, Senate Minority Leader Mitch McConnell gave a lengthy speech in which he eviscerated Trump for “provoking” the mobs. Unlike most of his other colleagues, McConnell placed blame for the riots squarely on the former President. He reiterated many of the points made by Democratic House impeachment managers, and said the resulting chaos at the Capitol was a “foreseeable consequence of the growing crescendo of false statements, conspiracy theories, and reckless hyperbole.”

“There is no question – none – that President Trump is practically and morally responsible for provoking the events of the day, no question about it. The people who stormed this building believed they were acting on the wishes and instructions of their president,” McConnell said. Despite his denunciation, McConnell employed a stunning excuse in explaining his vote to acquit: the Senate trial was unconstitutional because the president was out of office. McConnell set up his false dichotomy by insisting the trial, to be constitutional, had to have occurred while Trump was still in office.

Yet it was McConnell himself who prevented that. In his capacity at the time as majority leader, he successfully staved off the trial until Joe Biden had been sworn in, thereby ensuring Trump would already be out of office. Pelosi lambasted McConnell’s remarks, saying the issue of timing “was not the reason that he voted the way he did; it was the excuse that he used.”

Some Republicans were quick to align themselves with Trump on Sunday’s talk shows. Senator Lindsey Graham (R-SC) said the former president was “ready to move on and rebuild the Republican Party.” Graham also said Richard Burr’s (R-SC) vote to convict Trump made Lara Trump, Eric’s wife, “almost certain” to be nominated for the US Senate. Graham said Lara represents the future of the Republican Party, which should be “Trump-plus.” Of course, the possibility remains that Trump could run again in 2024. (NPR, Guardian) 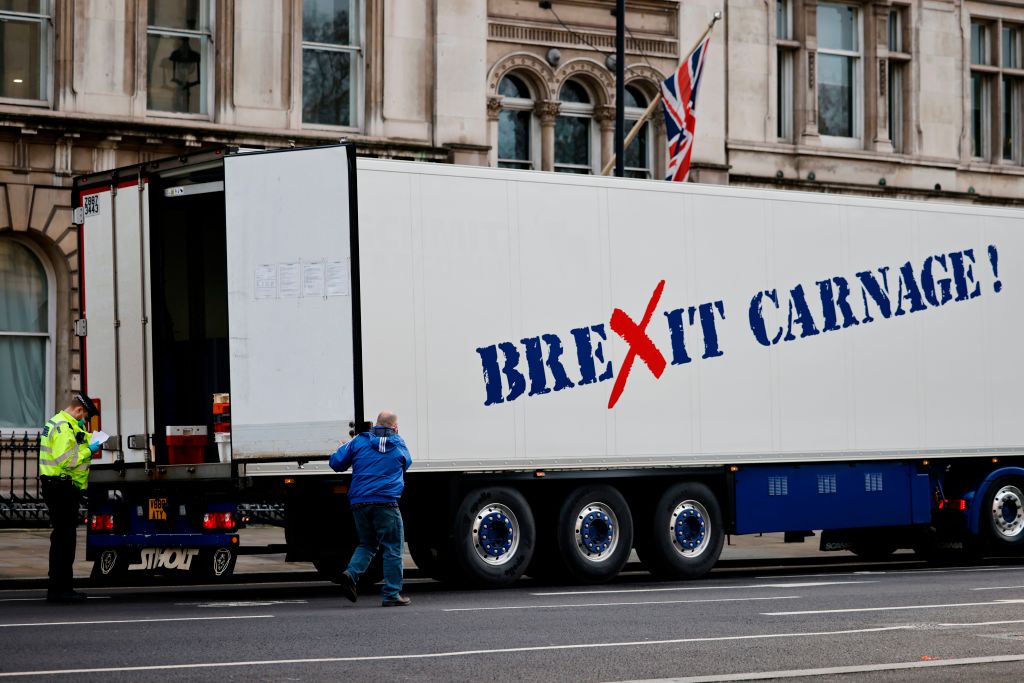 The Myanmar Coup: A Fortnight Of Fallout

The Health Risks Are Striking, So The Residents Are Too

The Gitmo Problem Has Tortured Democratic Presidents For Years

The Minor Fall And The Major Lift