“Bureaucracy defends the status quo long past the time when the quo has lost its status.” — Laurence J. Peter

“Bureaucracy, the rule of no one, has become the modern form of despotism.” — Mary McCarthy

The Most Consequential Game Of Phone Tag

“What the FBI sent, ma’am, on January 5 was in the form of an email,” he said, adding that he would think a warning “that something as violent as an insurrection at the Capitol would warrant a phone call or something.”

Robert Contee, acting chief of the Washington DC police, spoke those words. He was one of four officials in charge of security for the Capitol on January 6 who testified Tuesday at the first hearing held by a joint Senate committee investigating the security and intelligence failings leading up to the riot. Former US Capitol Police chief Steven Sund, former House sergeant-at-arms Paul Irving and former Senate sergeant-at-arms Michael Stenger also stated they had not seen the email warning of potential violence, apparently sent the evening before all hell broke loose.

Sund testified that intelligence reports compiled from information from Capitol Police, FBI, Secret Service, Department of Homeland Security, and the DC Metropolitan Police showed “the level of probability of acts of civil disobedience/arrests” on January 6 ranged from “remote” to “improbable.” Furthermore, the homeland security secretary had not issued an elevated or imminent alert, despite significant online chatter and numerous media reports that protesters were targeting the electoral vote count during the joint session of Congress. “Without the intelligence to properly prepare, the USCP was significantly outnumbered and left to defend the Capitol against an extremely violent mob,” Sund said.

Both Contee and Sund testified they called the National Guard for help shortly after the mob stormed the building. “I was stunned at the response from Department of the Army, which was reluctant to send the D.C. National Guard to the Capitol,” Sund said, adding later that “first 150 members of the National Guard were not sworn in on Capitol grounds until 5:40 p.m., four-and-a-half hours after I first requested them and three-and-a-half hours after my request was approved by the Capitol Police Board.”

Sund also blamed Irving and Stenger for the sluggish response, saying he tried to enlist the National Guard for help in the days before the riot, but Irving was “concerned about the ‘optics’ … and didn’t feel that the intelligence supported it,” and Stenger suggested waiting until January 6 to see if assistance was needed. Once the riot was underway, Sund said both men were slow to respond to his calls for help. Irving denied receiving Sund’s phone call.

Republicans on the committee defended the witnesses, claiming there was no evidence the slow response indicated officials were “complicit” in the attack. A recent poll found that 58% of Republicans believe the Capitol riot to be “mostly an antifa-inspired attack that only involved a few Trump supporters.” (NBC News)

“The Deadliest Middle East Construction Project Since The Pyramids” 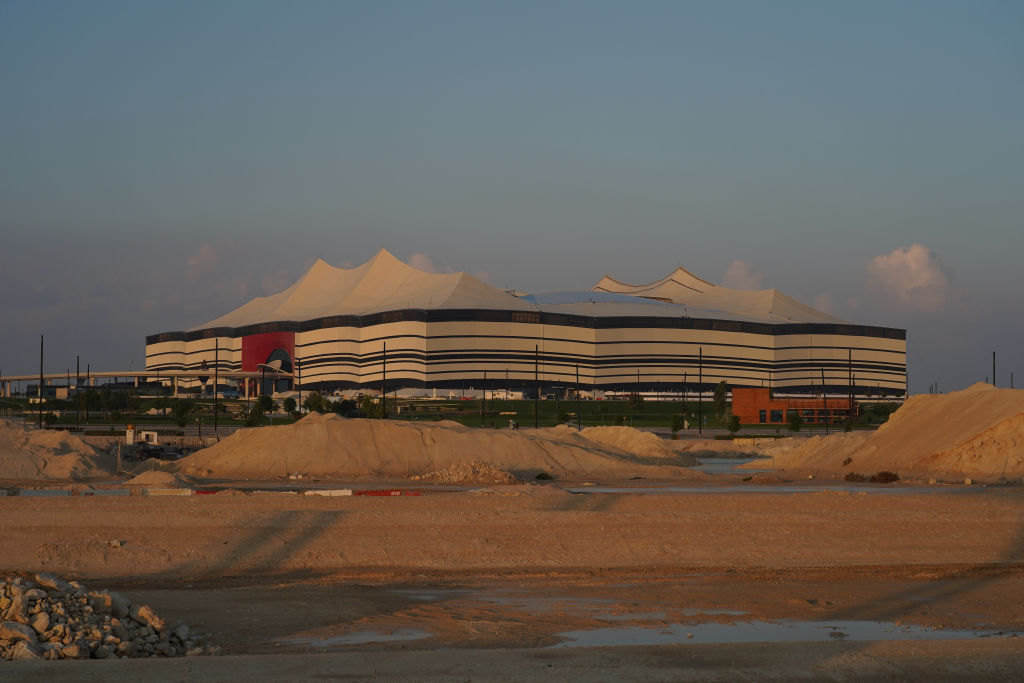 In This Georgia, All Is Not Peachy

The Battle For The Bikini