Too Cool For Cold

“The return on investment in global health is tremendous, and the biggest bang for the buck comes from vaccines. Vaccines are among the most successful and cost-effective health investments in history.” — Seth Berkley

“Foreign aid is neither a failure nor a panacea. It is, instead, an important tool of American policy that can serve the interests of the United States and the world if wisely administered.” — Lee H. Hamilton

Chinese Vaccine Is Too Cool For Cold 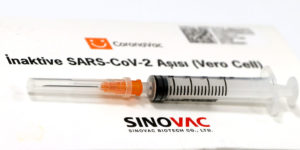 A Chinese coronavirus vaccine made by using an older technology is proving to be far less effective than expected. CoronaVac, manufactured by Beijing-based Sinovac, uses chemicals to weaken or kill the virus, which is then put into a vaccine to spark antibodies in the recipient. But the process can weaken vaccine potency and result in a shorter or less effective immune response.

On Tuesday, officials at the Butantan Institute in Sao Paulo said a trial conducted in Brazil showed that CoronaVac’s efficacy was just over 50%, far below the manufacturer’s claim of 78%, and barely above what the World Health Organization has said would make a vaccine effective for general use. Lower efficacy means it would take much longer to achieve “herd immunity,” which scientists have said is when roughly 70% of the population have become resistant to the virus.

The implications of Brazil’s announcement is bad news for a vaccine crucial to China’s global health diplomacy, which has created hope that a shot could be quickly produced and easily distributed to help the developing world. At least 10 poorer countries have already ordered more than 380 million doses of CoronaVac. The Chinese vaccine doesn’t require special frozen storage, unlike the vaccines developed by American drugmakers Pfizer and Moderna, both of which have a 95% efficacy rate.

Lower efficacy is “one of the reasons Americans and Europeans didn’t go with this older technology,” one vaccine expert said. “A well-maintained Ford Model T would probably get you from Wuhan to Beijing, but personally I would prefer a Tesla,” he added.

The Oxford-AstraZeneca and Johnson & Johnson vaccines, which need only simple refrigeration and are more effective than their Chinese counterparts, could provide an alternative. But for governments that can’t afford Teslas, and may already be locked into CoronaVac, there just aren’t good alternatives.

No Trump, But Italy Knows How To Put A Don On Trial

Out Of The Frying Pan, Wishing For A Fire

On Abortion, Supreme Court Is Ruth-less 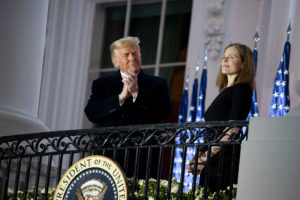 The Count To Continue, But Without Trump Directive