It’s time to play… Are You Smarter Than A 5th Grader (if that 5th grader read a TON of news). Test your knowledge of recent world news with this short quiz. Submissions must be made by 12pm EST Monday, 1/24. The winner, announced Wednesday, will win bragging rights for the week as well as a free Daily Pnut t-shirt.

“Nearly all men can stand adversity, but if you want to test a man’s character, give him power.” — Abraham Lincoln

So It Begins, Day One Of One Thousand Four-Hundred Sixty-One 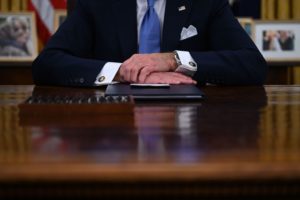 Covid-19 daily deaths in the US hit a record high — over 4,400 — on Day One of President Biden’s new administration. The situation is worse than imagined. Data from Johns Hopkins University shows some 25 million Americans have contracted the virus, and the death toll will reach half a million next month, according to Biden. Roughly 17 million doses of the two vaccines currently in use have been administered since the December 14th start date. Because both drugs require two separate doses, the overall number includes only those individuals having received both their shots.

Biden’s first full day in office was Thursday; he reminded reporters the virus had already cost more American lives than those lost in WWII. Defeating it would be “a wartime undertaking,” he said. He added to Wednesday’s 15 executive orders by putting pen to 10 more aimed at expanding access to testing and safety equipment, reopening schools safely, and reaching his administration’s goal of administering 100 million shots by the end of his first 100 days in office.

One order authorized agencies to use the Defense Production Act, a 1950 law allowing the federal government to direct private companies to manufacture and deliver things necessary for national defense purposes. Biden’s predecessor had declined to invoke the act neither for bolstering production and delivery of PPE, nor for the manufacturing, delivery, and administering of the vaccine.

Another Biden order established a COVID-19 Pandemic Testing Board, which will focus on expanding the supply of test kits and increasing access to testing. Biden had directed the Federal Emergency Management Agency (FEMA) on Wednesday to start creating the first federally-backed community vaccination centers — with the goal of having 100 operational in the next month. On Thursday, he instructed FEMA to increase federal reimbursement for the cost of National Guard personnel and emergency supplies for states and tribes from 75% to 100%.

Other orders address the discovery and development of additional treatment protocols, enhancing the nation’s production, sharing and analysis of COVID-19 data, and tackling disproportionate effects of the coronavirus on underserved areas and communities of color.

Biden also directed the Departments of Education and Health and Human Services to provide guidance, not only to childcare providers, but educators at all levels from elementary to post-graduate, on how to safely reopen schools — something omitted by the previous administration.

WHO Let The Dogs Out On The Pandemic? Not Us, Says China 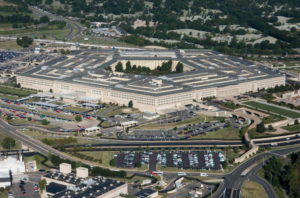 Whose Land Is It Anyway?