“Politics is the gentle art of getting votes from the poor and campaign funds from the rich, by promising to protect each from the other.” — Oscar Ameringer

“Money in politics is like water running downhill — it finds its way.” — Jonathan Alter

Corporations PAC Up Their Donations And Head Home 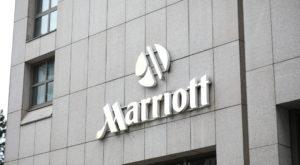 Call it a case of ‘Better Late Than Never,’ but one thing’s for sure: Big corporations are deciding they don’t want their campaign contributions being linked to violent insurrections.

Over the weekend, a growing number of companies announced they are suspending contributions to the eight Republican senators and 139 House Republicans who voted against certifying President-elect Joe Biden’s victory, even after that effort contributed to deadly rioting by a mob of Trump-supporting seditionists.

Marriott International, the world’s largest hotel chain, announced it was “pausing political giving … to those who voted against certification of the election.” Marriott was joined by Blue Cross Blue Shield and Commerce Bancshares. Dozens of other major corporations are either considering the matter, or reviewing their policies around political giving, including AT&T, Bank of America, Bayer, Berkshire Hathaway Energy, Ford, Amgen, CVS Health, ExxonMobil, FedEx, and Target.

Facebook, Google, and Microsoft said they will halt all political donations while they review their giving. Four of the country’s biggest banks — JPMorgan Chase, Citigroup, Goldman Sachs, and Morgan Stanley — simply said they’re suspending all political giving. Candi Wolff, leader of Citi’s global government affairs team, emailed the firm’s employees Sunday saying: “We want you to be assured that we will not support candidates who do not respect the rule of law.” Wolff noted that the bank’s political action committee had contributed $1,000 to the campaign of Senator Josh Hawley (R-Mo), who helped organize opposition to certifying Biden’s electoral college win.

Hallmark Cards, the Kansas City-based greeting card maker, went so far as to say its PAC was asking Hawley and Senator Roger Marshall (R-Kan) to return its donations following the Capitol attack. Hawley’s campaign had received $7,000 and Marshall’s $5,000 over the last two years.

In coming days, the influential anti-Trump group, Lincoln Project, will launch a multimillion-dollar ad campaign targeting companies that bankroll Republicans who voted against certifying the election results, urging them to cease donations to these and other Republicans. Steve Schmidt, a former GOP star who left the party in disgust and co-founded the Lincoln Project, said the aim was to “destabilize the companies’ operations by fomenting employee rebellions.”

Not One To Settle, Bibi Races To Beat Biden 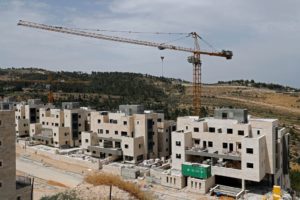 Careful, These Clams Are NSFW