Over Par So Far

Want answers? We’ve got you covered: DP 1/8 Quiz Answers. Hats off to Stephanie D., who scored a perfect 10 on last week’s quiz. Check in next week for another chance to test your current affairs acumen!

“Vaccines are the tugboats of preventative health” — William Foege

“In times of stress and danger such as come about as the result of an epidemic, many tragic and cruel phases of human nature are brought out, as well as many brave and unselfish ones.” — William Crawford Gorgas

Azar, Over Par So Far, Tees Up A Second Round 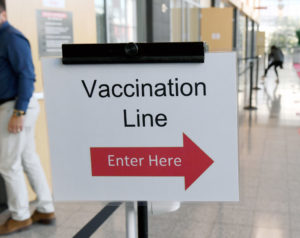 The Covid vaccine rollout has not gone smoothly. In Texas, for example, some 8 million people qualified for the expected 1.4 million doses of Pfizer and Moderna vaccines the state received in the last four weeks. However, not only has statewide distribution been chaotic, but reports on how many doses have actually gone into arms are wobbly. As of Monday, only about 878,000 people had received their first dose, although providers insist no doses are going unused.

Overall demand seems to be outpacing availability. Centers for Disease Control and Prevention (CDC) data shows states should already have received about 25.5 million doses. After much prompting, the Trump administration said Tuesday it will release millions more Covid vaccine doses which it had been holding back for second-round shots.

Department of Health and Human Services Secretary Alex Azar said releasing the held-back doses should bring the total number available for use in the US to roughly 38 million. The administration is also urging states to offer shots to all Americans over age 65 or with chronic health conditions, which Azar believes will bring the pace of inoculations to a million per day within another 10 days. President-elect Joe Biden, who will be sworn in at noon on January 20th, has repeatedly vowed to distribute 100 million vaccine doses in his first 100 days in office.

The hand-wringing over vaccine distribution is happening as the level of new US cases is rising, no doubt the result of holiday gatherings and increased travel. On January 3rd, airports nationwide processed 1.3 million passengers, the highest since mid-March. Last week, the daily average of new coronavirus cases was 254,866, a 38% increase from two weeks ago. That includes the 280,292 new cases reported on January 7th, the latest one-day record. Texas is still second, reporting last week’s highest number of new positive cases at 121,287, an increase of 22% from the previous week. Overall, the US has seen 22.49 million total confirmed coronavirus cases. 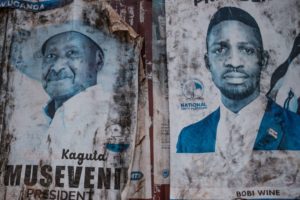 Want A Hippopotamus For Christmas? Pablo Escobar Plenty To Go Around.