Want answers? We’ve got you covered: DP 1/15 Quiz Answers. Hats off to Shiva R., who scored a perfect 10 on last week’s quiz. Check in next week for another chance to test your current affairs acumen!

“Justice requires us to remember that when any citizen denies his fellow, saying, ‘His color is not mine,’ or ‘His beliefs are strange and different,’ in that moment he betrays America, though his forebears created this nation.” — Lyndon B. Johnson, 1st Inaugural Address

“The words have been spoken during rising tides of prosperity and the still waters of peace.  Yet, every so often, the oath is taken amidst gathering clouds and raging storms.  At these moments, America has carried on not simply because of the skill or vision of those in high office, but because we, the people, have remained faithful to the ideals of our forebears and true to our founding documents.” — Barack Obama, 1st Inaugural Address

Knock On Wood, No More Trump 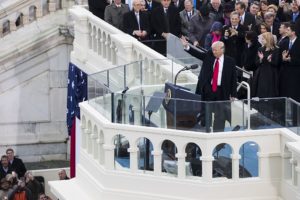 Today America’s government transitions from one administration to the next, carrying with it renewed hopes for a return to what used to be considered normality. As Donald Trump’s aberrant presidency ends, we look back at some of the biggest domestic policy changes along the four year rollercoaster ride and its two subsets: pre-pandemic (January 2017 to March 2020) and post-pandemic.

Pre-pandemic: Barack Obama left President Trump a steadily-recovering economy brought back from the depths of the 2008 recession. The unemployment rate had lowered significantly by the start of 2017, and continued doing so. Trump’s landmark Tax Cuts and Jobs Act took effect January 1, 2018, and, although it led the way for significant spending and raised the deficit to over a trillion dollars by 2020, it stifled rising interest rates and pushed economic growth to over 3%. Wages inched up for lower-income jobs, and the gap between Black and white unemployment was narrowing.

The administration’s flurry of deregulation and environmental-protection rollbacks bolstered the fossil fuel and timber industries, as Trump’s crackdown on immigration ramped up border security employment and construction jobs. Promises to revive automobile manufacturing and coal mining were short-lived, while damage to habitats and conservation continues. But the stock market surged, thanks to the combination of corporate tax cuts, tons of business-friendly deregulation, and continued economic growth.

The economy could have done even better but for Trump’s trade wars. His willingness to use unilateral tariffs and fight — not only with adversaries like China, but allies like Canada and Germany — rattled the world trade order, cost US companies billions, and was a drag on growth and jobs. In 2019, three Federal Reserve rate cuts helped blunt the impact, but taxpayers spent billions in subsidies paid to US farmers to make up for the loss in sales to China.

Post-pandemic: Trump’s good-looking economy fled. His handling of the public health crisis and subsequent vaccine rollout has been an abysmal failure, undoubtedly leaving lasting economic scars. Thousands of small businesses have folded, unemployment has skyrocketed, and over 400,000 Americans have died. That a post-pandemic bull market continues to flourish is likely attributable to being propped up by the Federal Reserve, continuing low-interest rates, Congress’s injection of coronavirus relief aid, and a new administration.

Russian The Opposition Leader Off To Jail 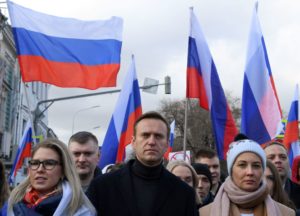 Janet’s Yellen At All The Republicans

‘Savior Of The World,’ But Couldn’t Stop A Theft