EU Far-Right Condemnation Not Quite All-Right

It’s time to play… Are You Smarter Than A 5th Grader (if that 5th grader read a TON of news). Test your knowledge on recent world news with this short quiz. Submissions must be made by 12pm EST Monday, 1/11. The winner, announced Wednesday, will win bragging rights for the week as well as a free Daily Pnut t-shirt.

“Being an old farm boy myself, chickens coming home to roost never did make me sad; they’ve always made me glad.” — Malcolm X

“In every age it has been the tyrant, the oppressor and the exploiter who has wrapped himself in the cloak of patriotism, or religion, or both to deceive and overawe the People.” — Eugene V. Debs

EU Far-Right Condemnation Not Quite All-Right 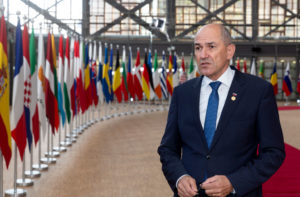 Wednesday’s violence at the US Capitol Building was greeted with widespread condemnation, including by a handful of center and far-right European politicians, although they stopped short of pinning any blame on President Trump.

France’s far-right National Rally party leader, Marine Le Pen, said Trump “must condemn what happened,” but expressed concern that the president’s Twitter and Facebook accounts had been temporarily suspended. Slovenia’s nationalist prime minister Janez Jansa, who had congratulated Trump in November for “winning” the vote against Biden even before the final results were reported, denounced the mayhem as well.

“All should be very troubled by the violence taking place in Washington D.C.,” Jansa tweeted. “Democracy presupposes peaceful protest, but violence and death threats — from Left or Right — are ALWAYS wrong.” The comment was notable for invoking the same false equivalency as Trump used following the deadly “Unite the Right” anti-Semitic white supremacist rally in Charlottesville, Virginia in August 2017, when the president said there were “good people on both sides.”

Pompeo Will Only Stand For ONE Assault On Democracy This Week 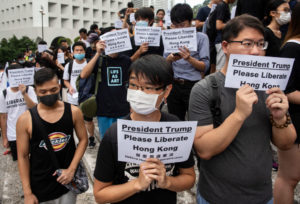 On Trade Deal, U.S. Wants To Backpedal, But EU And China Have All The Bikes

White House Officials Jumping Ship… After It Hit The Iceberg

Cow-culators Are Optional For This Exam