One Robot A Day Keeps The Doctor Away

In India, One Robot A Day Keeps The Doctor Away 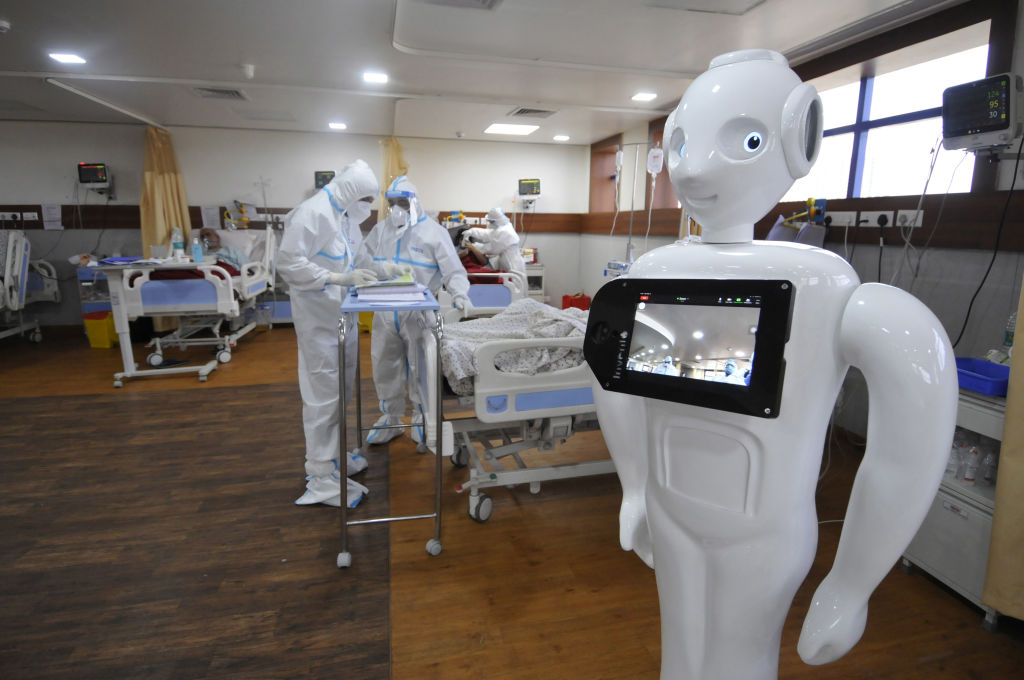 Mitra’s not statuesque, or even lifelike, but she’s still kinda cute. And as long as the WiFi isn’t interrupted, she’ll continue gliding around hospital wards in India with a chest-mounted tablet that lets COVID-19 patients and their loved ones see each other. Plus, because she can take vital readings and help in consultations — thereby reducing the risk of infection to medical personnel — she’s become hugely popular during the pandemic.

Mitra stands just five feet tall and costs around $13,600. She was developed by the Bengaluru startup Invento Robotics to assist in care homes. Initially, Indian hospitals enlisted the Mitra robots due to a shortage of PPE, and because they could be used for disinfecting floors with ultra-violet radiation and strong disinfectants. As the crisis continued, they became even more useful in treating COVID-19 patients.

Other robotic systems had been in use in hospitals long before the pandemic. One colorectal surgeon employed Intuitive Surgical’s Da Vinci XI. “This [remote control robotics system] helps me in performing difficult surgeries with 10 times more magnification, and 3D views. ‘Firefly’ fluorescence technology used with the Da Vinci robot lights up the blood supply to the organ, and helps differentiate cancerous from healthy tissue,” he said. “Though these systems are very expensive and have to be imported, their superior advanced technologies are invaluable in complex surgeries.”

As a range of other sectors began adopting automation to reduce costs or time, or to take on hazardous tasks, projections were made that India’s robotics market would grow 20 percent between 2017 and 2025. One startup, Genrobotics, collaborated with local authorities in the southern state of Kerala to adapt its spider-shaped robot Bandicoot to clean sewers and manholes — notoriously dangerous and unpleasant work that previously had been done manually. The head of Genrobotics said: “We found manual scavenging is a global issue, and there was no efficient tech to clean manholes.” Now more than 11 Indian states are using the world’s first manhole cleaning robot.

The Indian army has used Daksh robots equipped with x-ray vision and chemical, biological, radiological, and nuclear hazard detection mechanisms since 2011. By 2017, the automotive sector accounted for 62 percent of industrial robots, which were used to perform everything from welding to lifting heavy loads. India’s industrial robot sales have landed it among the top 10 countries for the annual installation of machines in industries.

India still has only about three robots for every 10,000 workers, but the pandemic has likely incentivized its robotic industry to grow even faster than projected.

The UK Gets The OK On A Vaccine 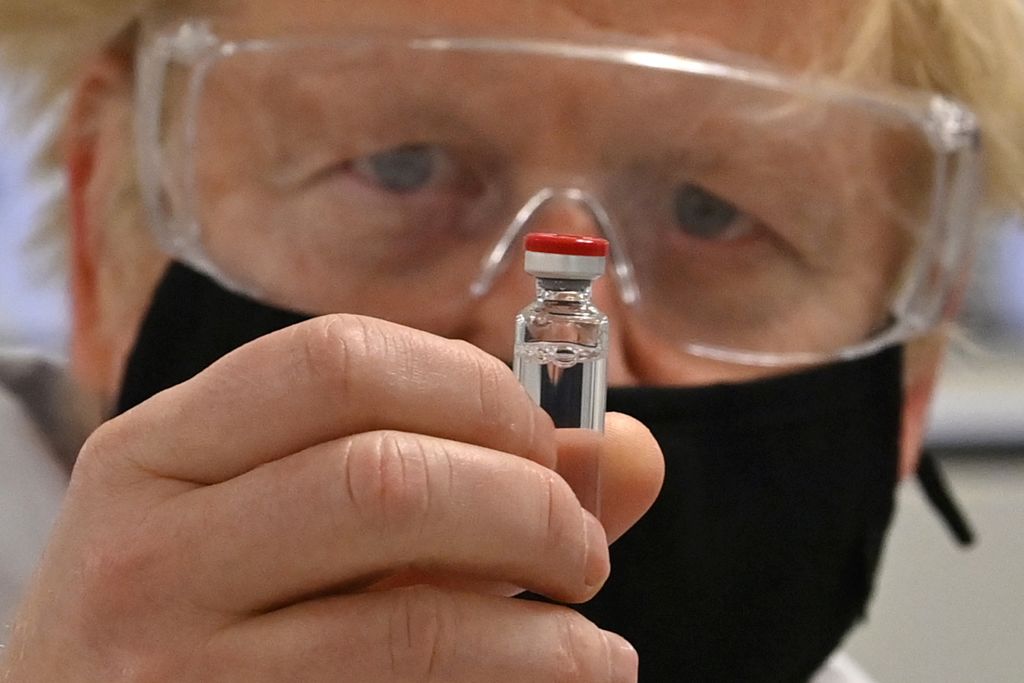 No Confidence For Netanyahu

I Beg Your Pardon, Literally.

Park Rangers Have Been Up Sh*t Creek