Happy Friday! It’s quiz time: Test your knowledge on recent world news with this short quiz. Submissions must be made by 12pm EST Monday, 8/24. The winner, announced Wednesday, will win bragging rights for the week as well as a free Daily Pnut t-shirt.

“Man is not what he thinks he is, he is what he hides.” 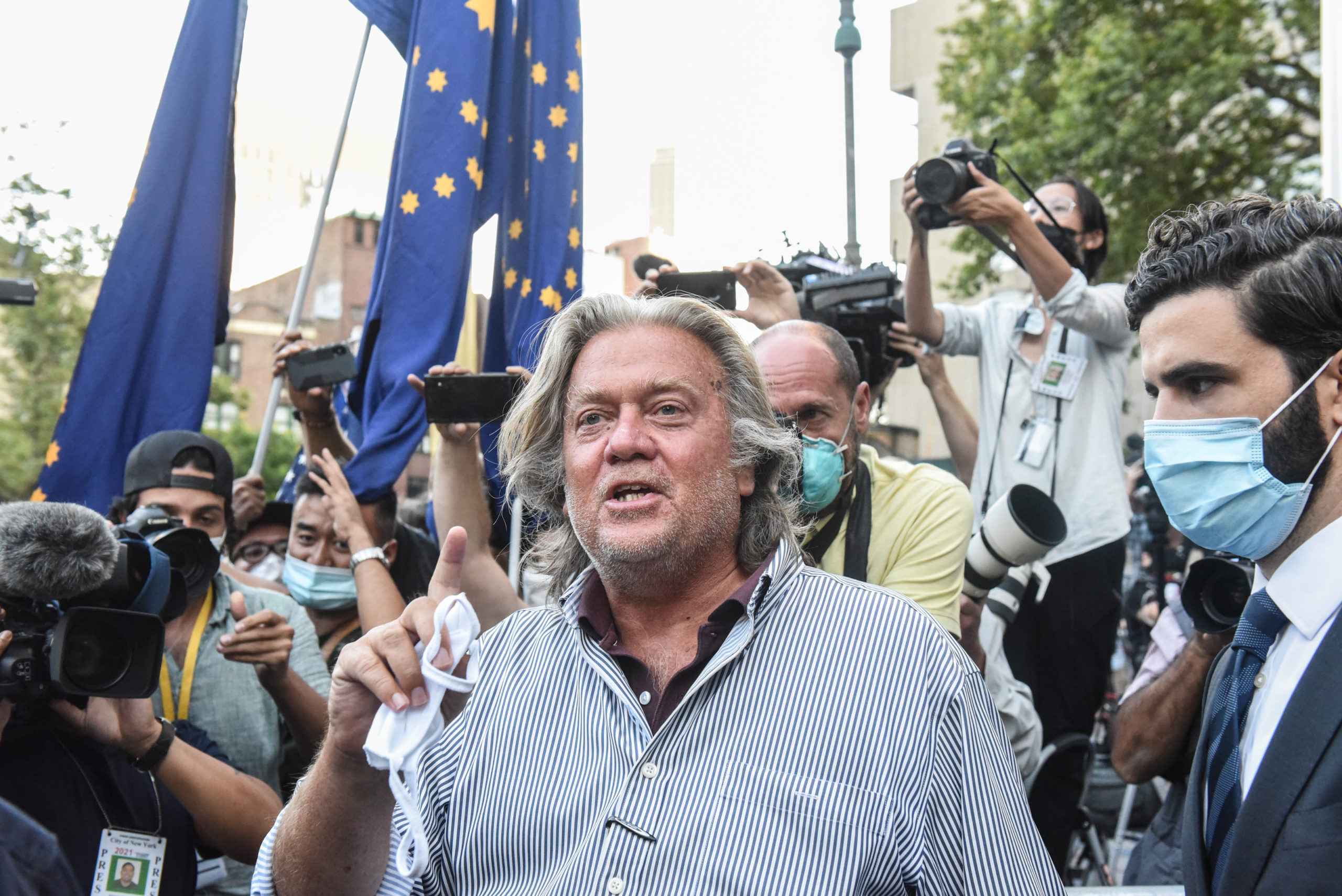 66-year-old Steve Bannon is perhaps best known as co-founder of the far-right Breitbart News, CEO of Donald Trump’s 2016 election campaign, and President Trump’s chief White House strategist for the first seven months of the administration. The outspoken adviser was a genius at craftily smearing any opposition, while helping to forge the administration’s immigration hard-line and encouraging favoritism toward White nationalists and Russians. Bannon’s bullying tactics made enemies, and he was eventually forced out in August of 2017.

Trump had promised throughout his campaign and afterward that he would build a wall between the US and Mexico across the entire southern border, and that Mexico would pay for it. When that didn’t happen, Bannon knew the president’s supporters would be highly frustrated. One of those frustrated supporters was Air Force veteran Brian Kolfage, who started a massive GoFundMe campaign in late 2018 to gather private money for the wall’s construction. Donations flooded in.

In January 2019, Kolfage formally incorporated We Build The Wall, Inc. as a 501(c) (4) non-profit, with Bannon as a collaborator. Both promised donors the organization was voluntary, no one involved would take a salary, and all donations would go towards the construction of the wall. Eventually, $25 million was raised from hundreds of thousands of donors. At an event for the We Build The Wall initiative in July 2019, Donald Trump, Jr. praised the group saying: “This is private enterprise at its finest. Doing it better, faster, cheaper than anything else. What you guys are doing is amazing.”

Not everyone agreed. On Thursday, Kolfage, Andrew Badolato, Timothy Shea, and Bannon were arrested, the latter on a luxury yacht off the coast of Connecticut. Federal prosecutors have charged the men with conspiracy to commit wire fraud and money laundering. They are alleged to have lied when they said they would take no compensation as part of the campaign; when in reality they routed more than a million dollars from the crowdfunding effort through a nonprofit controlled by Bannon and another shell company, disguising the payments with fake invoices to help keep their personal pay secret.

We Build The Wall completed two small wall projects on private land in New Mexico and Texas; those involved in the project had close ties to the administration, and campaign memorabilia was often pictured on the privately built section of the border wall. Trump has tried distancing himself, saying the private fundraising effort was “inappropriate to be doing.” White House press secretary Kayleigh McEnany said the president had “no involvement in this project,” and he does not know the people involved. Last month, Trump tweeted he “disagreed with doing this very small (tiny) section of the wall….” He added he thought it was “only done to make me look bad.”

What Are You Putin In My Tea?

It All Lead To This