“To acquire the habit of reading is to construct for yourself a refuge from almost all the miseries of life.”

“When you choose your friends, don’t be short-changed by choosing personality over character.” 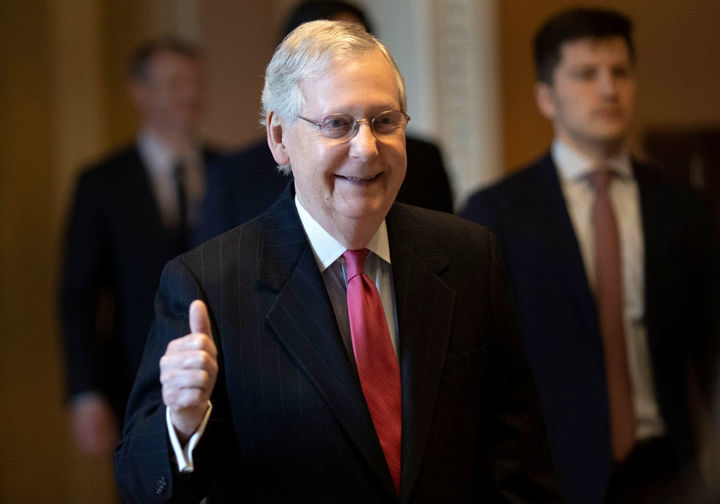 Let’s Get Fiscally Stimulated: Take $1,200 And Call Me In The Morning

After days of contentious negotiations, administration officials and top Democrats finalized an agreement early Wednesday for fighting coronavirus and rescuing the economy. The legislation is the largest stimulus measure in modern history: two trillion dollars.

A chief sticking point was a bail out for distressed companies — many wanted to avoid a repeat of the flawed 2008 Wall Street bailout that benefited rich corporations at the expense of workers. Lawmakers agreed that loans would come from a $425 billion fund controlled by the Federal Reserve; an additional $75 billion is available for industry- specific loans, including to airlines and hotels. Democrats successfully pressed for immediate disclosure of the recipients, restrictions on stock buybacks, and stronger oversight, including installing an inspector general and congressionally-appointed board to monitor it. Democrats also secured a provision ensuring that neither Trump family businesses nor those of other senior government officials could receive loan money from the Federal Reserve fund, although they could still benefit from other parts of the legislation.

The bill provides for direct payments of $1,200 to taxpayers with incomes up to $75,000, then diminishes for incomes up to $99,000. Families receive an additional $500 per child. Unemployment insurance will expand by 13 weeks, and include a four-month benefit enhancement. Democrats got the program broadened to include freelancers, furloughed employees and gig workers.

$100 billion will go to hospitals and health systems across the country, with billions more earmarked for furnishing personal protective equipment for healthcare workers, testing supplies and new construction to house patients. Medicare payments will increase for all hospitals and providers.

Through June 30, community banks will make federally guaranteed emergency loans available to small businesses that pledge not to lay off their workers. The loan is forgiven if the employer paid workers for the duration of the crisis.

This Will Cost A Pound of Blood, An Arm, And A Leg

I Won’t Die With A Little Help From My Friends

Bookstores Are Trying to Stay Beyond Chapter 11