“Every man I meet wants to protect me. I can’t figure out what from.” ― Mae West

“Any fool knows men and women think differently at times, but the biggest difference is this. Men forget, but never forgive; women forgive, but never forget.” ― Robert Jordan 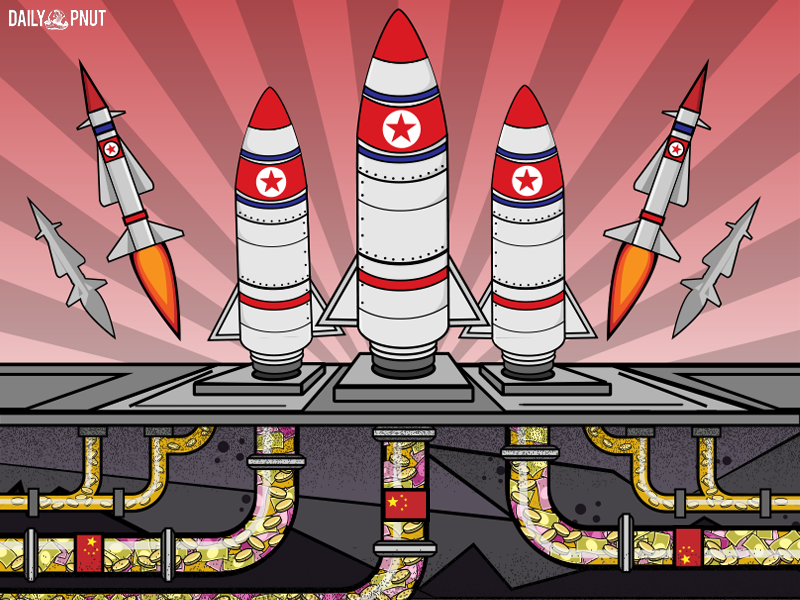 A United Nations Panel of Experts report soon to be released provides more details on how North Korea is successfully evading UN sanctions — exporting coal, sand and petroleum to Chinese companies to raise millions for its nuclear program, and importing luxury goods for the ruling elite, including armored sedans, alcohol and robotic machinery.

The UN did its own investigation after a July, 2019 article appeared in the New York Times describing how two armored Mercedes sedans were smuggled into the North through a supply chain involving numerous countries. The Times investigation and contemporaneous research by the Center for Advanced Defense Studies, a non-profit Washington group that looks at smuggling networks, revealed how high-end Western goods were making their way to North Korea’s elite through a complex system of port transfers, secret high-seas shipping, and shadowy front companies. Satellite images, shipping data and further interviews with analysts supported the UN experts’ conclusions.

President Trump made diplomacy with Supreme Leader Kim Jong-un a signature foreign policy initiative, ultimately embarking on a strange ‘friendship’ with the North Korean dictator. But Trump’s vision of himself as the consummate dealmaker, able to succeed where other presidents had failed, dissolved after a disappointing second summit between the two leaders in February 2019.

The US has pushed the UN to pass five rounds of sanctions resolutions against North Korea since 2016. But analysts say China and Russia have weakened the sanctions and are aiding illegal smuggling. This means the Trump administration’s pressure campaign against the North is far from effective, and American officials say they are losing what is their only real leverage.

Schools Out For Somalia

A Digital Leak That Will Spread in Infamy

The Many, The Sad, The Silent Majority of Men

“The mistake … is to look only at the top of society and draw conclusions about society as a whole. Yes, there are mostly men at the top. But if you look at the bottom, really at the bottom, you’ll find mostly men there too. These are the worst outcomes society has to confer. And in each case, men far outnumber women.

Look at the prisons, for example…nine out of ten prison inmates is a man … Another group at the bottom of society is the homeless … a recent Italian study on homelessness concluded that about 15% are women.” – Roy F. Baumeister, Is There Anything Good About Men?

Quick note: we don’t recommend the book (many critical reviews) but there are a few select passages that are interesting.