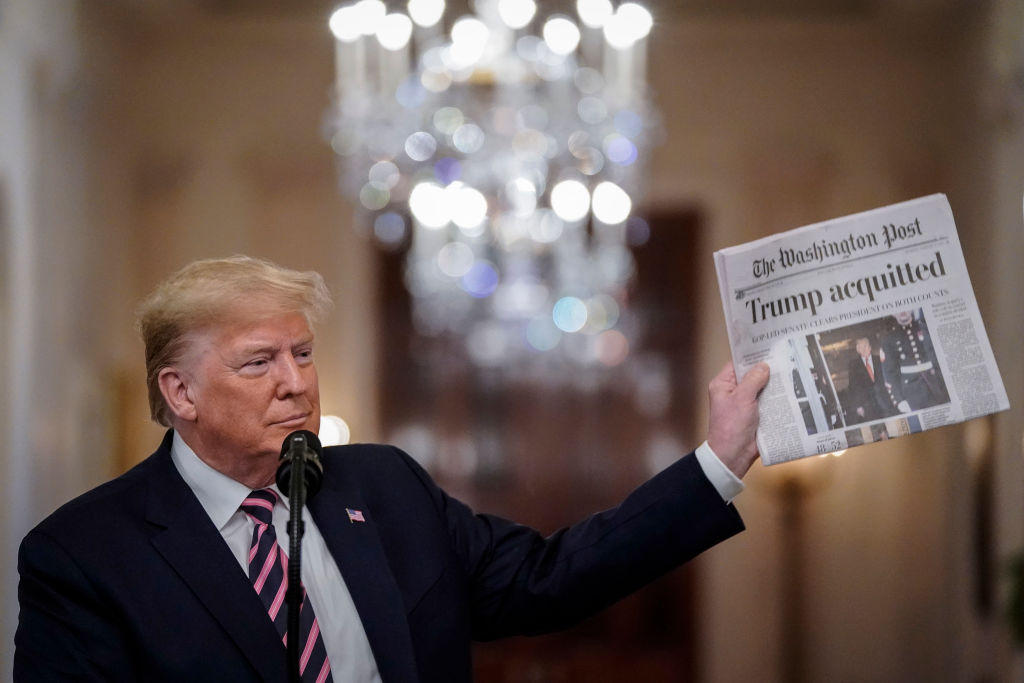 On February 12, 1999, the day after his acquittal on two articles of impeachment brought against him for perjury and obstruction of justice, President Bill Clinton apologized to the American people in a contrite 90 second speech from the Rose Garden. He asked that we “rededicate ourselves to the work of serving our nation and building our future together” and said: “This can be, and this must be, a time of reconciliation and renewal for America.”

On February 6, 2020, the day after his acquittal on two articles of impeachment for abuse of power and obstruction of Congress, a defiant President Donald Trump celebrated his victory in the East Room by airing profanity-laced grievances going back to his election, lambasting everyone who had stood in his way, and lavishing praise on anyone who stood by him. His rambling stream-of-consciousness tirade lasted over an hour and had all the trappings of a campaign rally. He belittled enemies — from Nancy Pelosi to Robert Mueller, Adam Schiff to James Comey to Hillary Clinton — saving special venom for the one Republican who dared vote guilty on one count of impeachment: Mitt Romney.

“We went through hell unfairly, did nothing wrong,” Trump told his exuberant crowd. He again said his phone call to the Ukrainian president was “perfect,” and insisted his conduct was “very good,” although several Republican senators have explicitly said what he did was inappropriate or wrong. The president termed investigations involving him “bulls**t.” And while the majority of the monologue was self-directed, Trump ended on a note of apology to his family for everything “evil” people had put them through. 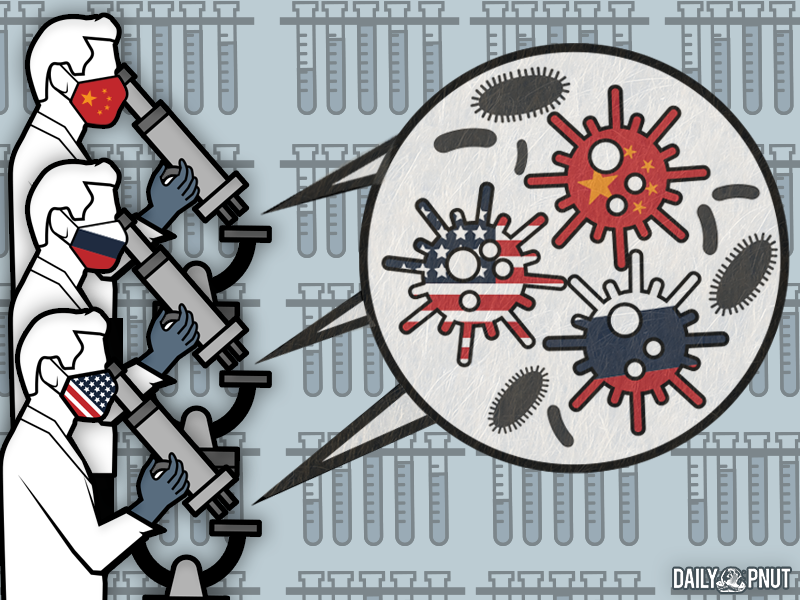 The War For Talent

EPA In The Weeds Over Weedkiller Out Of The Weeds

A Nation Divided Is Red In The Face