“Control over the production and distribution of oil is the decisive factor in defining who rules whom in the Middle East.” – Christopher Hitchens

“Our actions are like ships which we may watch set out to sea, and not know when or with what cargo they will return to port.” – Iris Murdoch 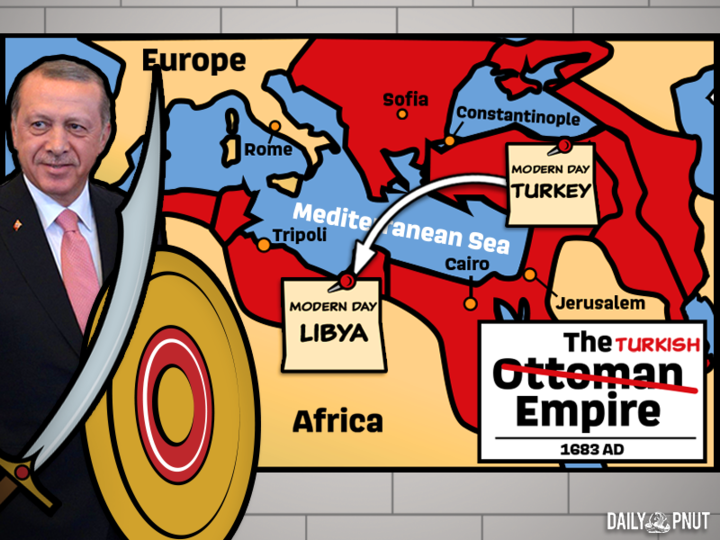 The Ottoman Empire was one of the mightiest and longest-lasting dynasties in world history. The Islamic-run superpower was centered in present-day Turkey and ruled large areas of the Middle East, Eastern Europe and North Africa for more than 600 years. By the start of WWI in 1914 the empire was in decline; it officially ended in 1922 when the title of Ottoman Sultan was eliminated. Turkey was declared a republic in 1923.

Turkey’s current president, 65-year-old Recep Tayyip Erdogan, has long desired to restore his country’s position of leadership in the Muslim world, much as it had under the Ottomans. He’s pursued an expansive foreign policy which at times has pitted his geopolitical ambitions against those of other Middle Eastern nations like Saudi Arabia, Egypt and the United Arab Emirates. Yet despite domestic setbacks brought on by a faltering economy — weakening currency, growing unemployment, inflation — Erdogan’s nationalistic aspirations remain popular at home.

On Thursday Turkey’s Parliament overwhelmingly supported a new military intervention into Libya; the approval comes just months after aggressive incursions into Syria. Erdogan has begun oil and gas exploration in the eastern Mediterranean in competition with Greece, Cyprus Egypt and Israel, and his flirtation with Russia has stirred American and European ire.

Such assertive posturing has helped Erdogan to stir up nationalistic feelings over foreign enemies and rally his core supporters. “Our right-wing parties did not use to act like they did not care about the United States,” a former party member said. “This independence, this challenging is a new thing. Turkish right-wing voters love it.”

Brr, It’s Cold In Here. There Must Be Pollution In The Atmosphere

Plastic Plastic Everywhere, In Every Drop We Drink

Fruit Of The Doom

Amazon VS The Amazon (And Everything Else)