“Do not pray for an easy life, pray for the strength to endure a difficult one” 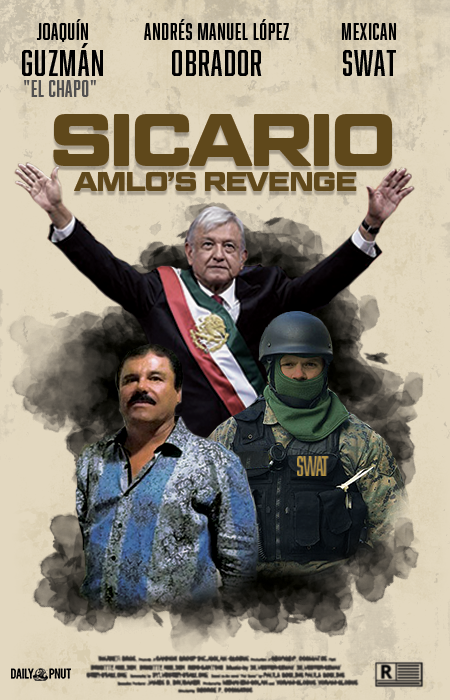 His Best Is Yet To Come…Hopefully

Mexico’s left-leaning president Andres Manuel Lopez Obrador celebrated his first year in office Sunday. During that time he has upended the country’s politics, dismantling old policies and charting a new leftist course aimed at correcting cavernous inequalities. He’s raised the minimum wage, signed a new labor law, cracked down on fuel theft and pushed Mexico to produce more of its own food and energy. It’s these achievements, and Lopez Obrador’s personal popularity, keeping citizens hopeful that the transformative human rights/anti-corruption revolution he promised will still arrive.

Meanwhile, unemployment remains high, the economy remains flatlined, and violence is relentless. Lopez Obrador actually has little to show for his efforts, but support remains strong. “He is trying to do his best,” said one unemployed man, who had failed to land a day’s work at the new oil refinery in Paraiso, despite the president’s promise it would bring new riches to this forgotten part of southeastern Mexico.

The director of a research group that analyzes government policies explains why people are being so patient. “The power of [Lopez Obrador’s] leadership is that there is consistency in what he says and what he does.” The president had run on promises to make the state work for the people instead of for the elites that were favored by his predecessors. And while true change is slow, many Mexicans believe their president has begun taking important steps: pouring money into social programs, slashing government salaries, and foregoing the pomp of past presidents.

In Sunday’s speech the president said: “The transformation that we are now undertaking is within sight.” He just needs another year to make those changes irreversible.

Be The Climate Change You Want To See In The World

Get Up And Lose Some Sadness