“Every child is an artist. The problem is how to remain an artist once he grows up.”

China’s Next Decade &The Future of Hong Kong and Taiwan

Monday marks the six month anniversary of the mass rally in Hong Kong that triggered a political crisis and caused major business disruptions and property damage.

The protests began over a controversial extradition bill proposed for the semiautonomous Chinese territory, but evolved into broader anti-government, pro-democracy demonstrations. At times violent confrontations erupted between protesters and police, with so much teargas enveloping large parts of the city citizens complained of negative health effects.

Hong Kong has been relatively calm since pro-democracy candidates won a landslide victory in local council elections two weeks ago. For the first time since August, police permitted a rally on Sunday by the pro-democracy group Civil Human Rights Front. Tens of thousands of marchers took part, with numbers ranging between the organizers’ estimates of 800,000 to police estimates of less than 200,000.

In a statement Saturday the government called for calm and said it had “learned its lesson and will humbly listen to and accept criticism.” At the end of Sunday’s march, officials said they looked forward to finding “a way out for Hong Kong’s deep problems through dialogue.”

Around 6,000 people have been arrested and hundreds injured, including police, since June. Civil Human Rights Front said this is the government’s last chance to meet their demands, which include an independent inquiry into the police’s handling of the protests, an amnesty for those arrested, and free elections.

Pnut Commentary: Daily Pnut’s Tim spoke with some friends in the national security sector last week and one mentioned that if China wanted to invade or takeover Taiwan now (a la Russia’s invasion of Ukraine and the Crimea), then it’s unlikely the USA would intervene militarily. It was shocking at first to hear this but upon further reflection this is probably indeed how things would play out. Right now America doesn’t have the national will to protect certain allies. Furthermore, right now it doesn’t have the desire or ability to lead internationally.

The Art World Is Bananas

This Borders On Illegal 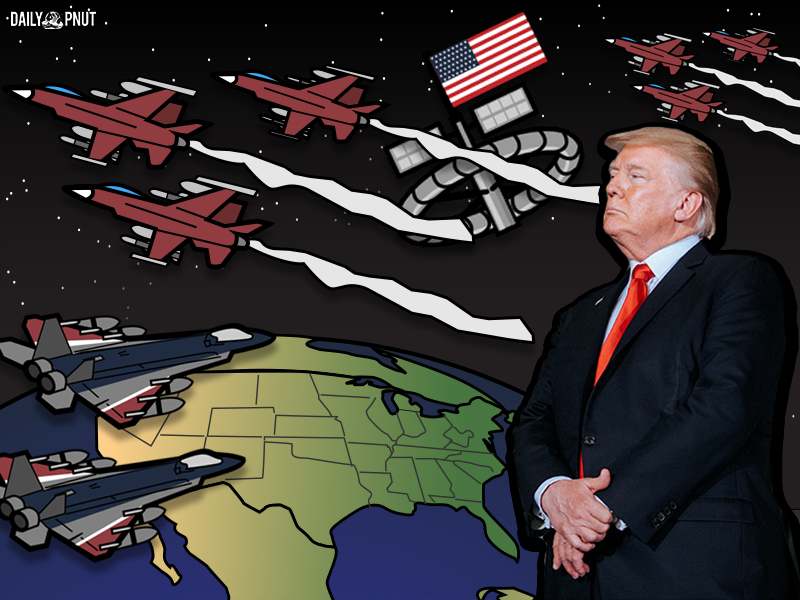