“Discipline yourself and others won’t need to.” – John Wooden

“True freedom is impossible without a mind made free by discipline.” – Mortimer J. Adler 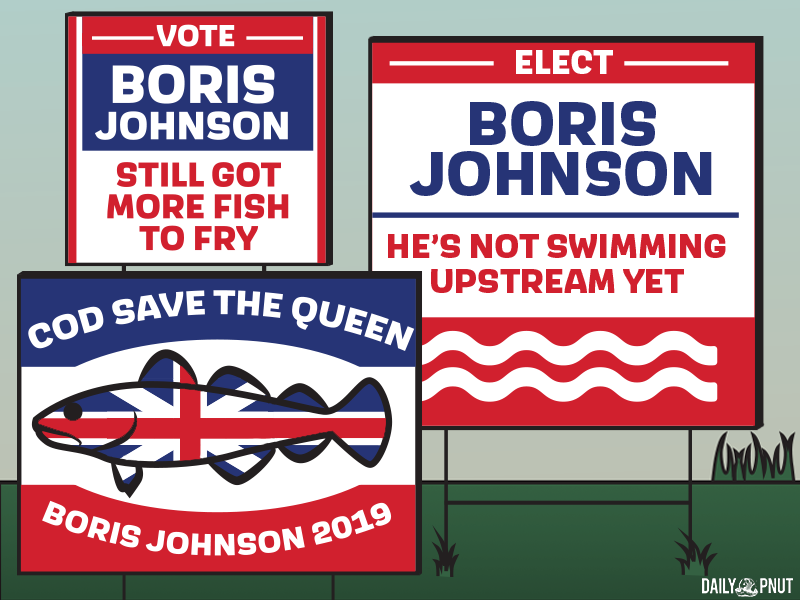 In the 2016 Brexit campaign millions believed Boris Johnson’s promise that leaving the EU would return tons of money home to bolster Britain’s long-starved National Health Service. It’s 2019: Thursday is Election Day, Johnson is prime minister, and the NHS has deteriorated under his Conservative Party’s watch, with overflowing beds, increased wait times and medical personnel vacancies piling up. Whoever wins will decide whether the UK leaves the EU early next year, and what the future of that looks like. But equally important to voters is the future of the NHS.

Johnson and his fellow conservatives vow that if they win a parliamentary majority they will get Brexit done quickly and move on to negotiate a free-trade agreement with the EU by the end of 2020. With so much on the line, the PM is in his campaign comfort zone: looking relaxed, joking with fishmongers while brandishing a giant cod, and making informal stump speeches that play fast and loose with facts about Brexit.

Johnson’s advisers and many Tory MPs are anything but relaxed. Their biggest fear seemed to happen on cue when Johnson refused to look at the picture of a sick boy sleeping on the floor of Leeds hospital, then pocketed the phone of the journalist who tried to show it to him.

Strategists are well aware of Johnson’s vulnerabilities, but say he’s a master at turning any subject back to a campaign talking point. Like when he was asked why people should trust him on the NHS when he can’t look at the picture of a sick child? Johnson enthusiastically answered that the Tories are putting more money into the NHS, and public services can only thrive if we “get Brexit done.”

Delivering Bad News To The Deliverers

Is Fasting The Fast Track To Fast Results?

“The really important kind of freedom involves attention, and awareness, and discipline, and effort, and being able truly to care about other people and to sacrifice for them, over and over, in myriad petty little unsexy ways, every day.” – David Foster Wallace