A Tale of Two Technology Countries

“It is not necessary to conceal anything from a public insensible to contradiction and narcotized by technological diversions.” – Neil Postman 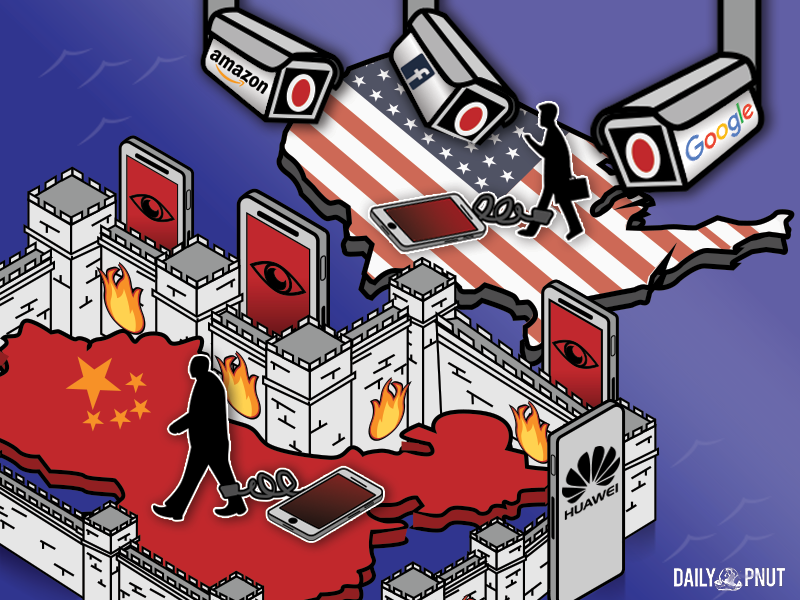 A Chip Off The Old Block(er Of The Internet)

Last May, as trade tensions with Beijing escalated, the Trump administration banned US shipments of smartphone chips to China’s technology giant Huawei. In October the commerce department started granting export licenses to US-based chip makers to begin some other deliveries. But it might be a case of too little too late for American tech companies, because in the interim Huawei began building its smartphones without US chips.

Huawei hasn’t stopped using American chips entirely, but it has significantly reduced its reliance on US suppliers, or eliminated US chips in phones launched since May. The company’s latest phone, the Mate 30, was launched in September to compete with Apple’s iPhone 11. A Japanese technology lab that analyzed the Mate 30 confirmed it contained no US parts. The chips were apparently provided by a Dutch company.

A semiconductor analyst said Huawei executives had told him in recent meetings the company was moving away from American parts, but he was surprised at how quickly it happened. “When Huawei came out with this high-end phone [their flagship Mate 30] with no U.S. content, that made a pretty big statement,” he said.

What should arguably be more significant to the Chinese people than where their smartphone chips come from is their inability to access websites available to the rest of the world. In the most populous country on earth the internet is so heavily restricted and censored that experts believe the future could see a distinct bifurcation, with a Chinese-led internet, and a non-Chinese internet led by America.

NATO’s Greatest Threat is Within

Digital Mercantilism: Investments In India Are In Deep Trouble

A Taxing Time For Trump’s Taxes

They Grow Up Too Fast