This is Tim Hsia, The Daily Pnut’s publisher. At Daily Pnut we root for the underdog. This Veteran’s Day we salute and honor Pat Tillman: an athlete, a soldier, and a hero with the legacy of the ultimate underdog. This piece on Pat Tillman was written by Jeff Yoder who runs our sister publication, The Sportsletter.

One more Veteran’s day note. A few months ago we asked Daily Pnut readers to consider supporting Service to School, a nonprofit I cofounded. Many of you did and I’m very grateful. A few days ago, Harvard University wrote about Service to School and how we are helping veterans earn admission into that school. Several of the veterans in that article used Service to School during their transition. I hope part of my legacy is that I helped other veterans with their journey. And that I left things better than I found them.

“War is always about betrayal, betrayal of the young by the old, of idealists by cynics and of troops by politicians.”

“But the great man is he who in the midst of the crowd keeps with perfect sweetness the independence of solitude….” 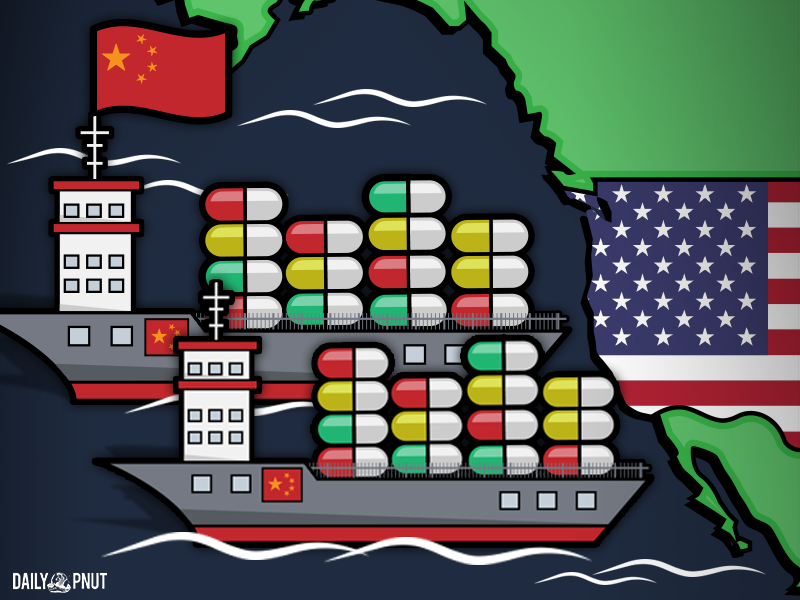 The Art of the Trade & Drug Deal

President Trump vowed to tackle America’s opioid crisis, but his most visible plan to do so has been to blame China for failing to crack down on the production of cheap drugs, especially fentanyl. About 130 people die daily in the US from opioid-related overdoses. In 2017 more than 28,000 synthetic opioid-related overdose deaths were recorded; fentanyl-laced pills have figured in several high-profile deaths, including musicians Prince and Tom Petty.

Cracking down on fentanyl has been a key issue underlying US-China trade negotiations. It first emerged in November 2017 when Trump warned China’s leader Xi Jinping that stopping the flood of fentanyl into the US was a “top priority.” Trump pressed Xi on the issue at the 2018 G20 summit, after which China agreed to list fentanyl and its derivatives as a controlled substance.

The subject has gained in importance as Trump campaigns for reelection. Derek Scissors, a pro-market scholar, said: “Fentanyl matters a lot in US politics, because it could be politically devastating among suburban housewives in swing states if fentanyl-related deaths are blamed on Trump’s political inaction on the issue.”

Progress finally showed last Thursday when China’s National Narcotics Control Commission held a press conference about a fentanyl smuggling case cracked in a joint operation between US and Chinese authorities. Nine men were arrested and tried; eight received sentences ranging from a few months to life in prison. One man received the death penalty. “The [Trump] administration knows they have to neutralize fentanyl as a political issue … and the Chinese have figured out they have to cooperate on this if they want a [trade] deal with the US,” Scissors said.

Race to Find the Next Dalai Lama

Blue is the New Red in Virginia

I Predict You Will One Day Die