The Children in America’s Prisons

“It is said that no one truly knows a nation until one has been inside its jails. A nation should not be judged by how it treats its highest citizens, but its lowest ones.” – Nelson Mandela

Ukraine ‘s President Volodymyr Zelensky has a lot on his plate. Besides being caught up in US domestic politics, something he pointedly did not want to happen, he wants to make a peace deal with Russia that will put an end to the conflict over Crimea that has cost thousands of Ukrainian lives.

Last month Moscow and Kiev agreed to withdraw troops from the front line in eastern Ukraine, and hold elections in the contested region. This week Moscow returned three Ukrainian naval ships it captured in the Kerch Strait a year ago. That gesture was prompted after France said it would host a long-delayed peace summit on December 9, with the leaders of Ukraine, Russia, France and Germany.

The sticking point of course is Ukraine’s Crimean Peninsula, which Russia invaded and annexed in 2014. Zelensky’s peace efforts are facing resistance as many Ukrainians, including far-right nationalists, have protested over what they believe is capitulation to Moscow. Specifically, critics fear a vote in separatist-held eastern Ukraine could pave the way for pro-Russian separatists to gain power, making it easier for Moscow to influence Kiev’s domestic and foreign policy.

Tuesday Zelensky said he wants to negotiate a deadline at the December summit for the return of those territories, although President Vladimir Putin has made it clear he regards the territories an integral part of Russia. Some observers question whether Putin even wants to make peace. “While the war in Donbas is ongoing, Ukraine is unlikely to become a member of NATO or the European Union,” one expert said. “It’s unlikely that Ukraine will become a success story. And a weak, unsuccessful Ukraine is a benefit to Russia.”

The US Is West Banking On Israel 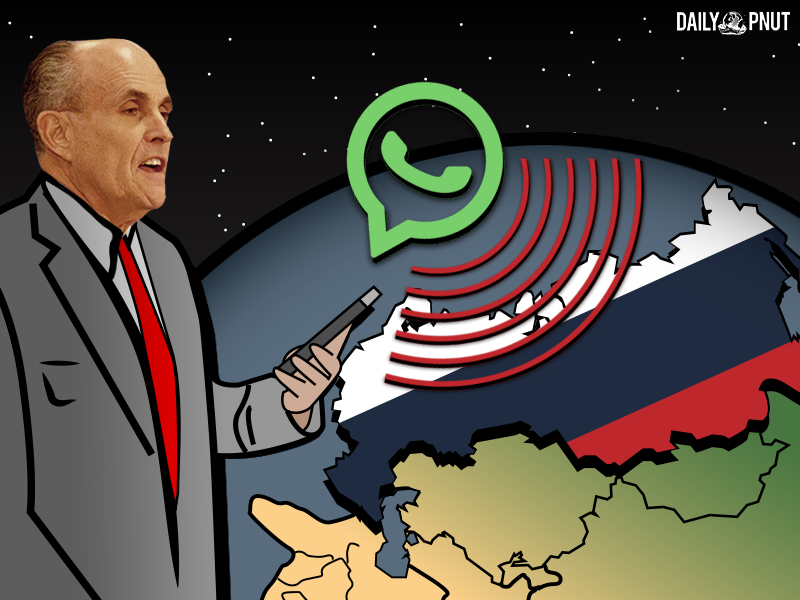 Can You Hack Me Now? Good.

What? No Way! This Is A Total Shocker!

Naptime Or Not The Time?

“It’s not what happens to you, but how you react to it that matters.” – Epictetus