“Failure is the condiment that gives success its flavor.”

“Anyone who ever gave you confidence, you owe them a lot.” 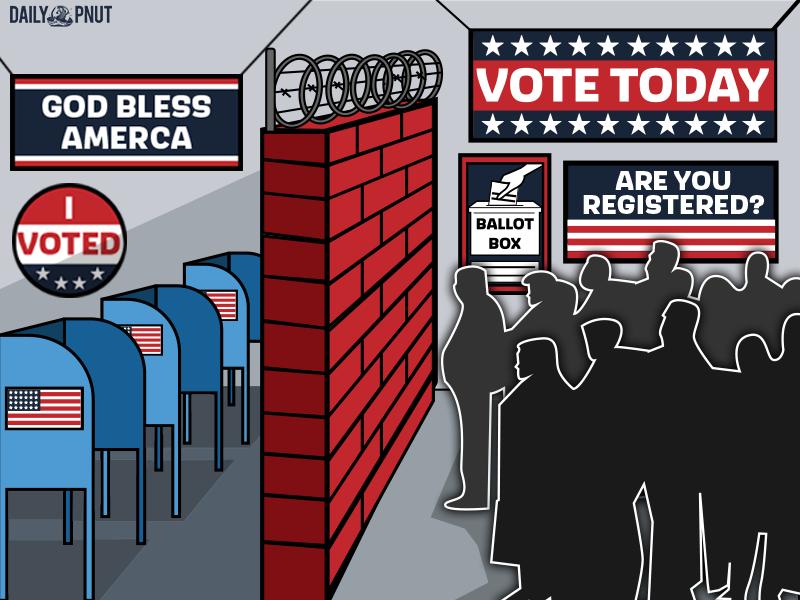 Vote Or Die, Try And Try

Contrary to popular opinion America is not the most democratic country in the world. Democracy is a system of government where power is vested in the people, who can exercise it directly, or choose representatives to exercise power on their behalf, by means of regularly-held free elections in which the majority of eligible voters determines who’s chosen. The operative words here are “eligible” and “majority.”

The US actually trails other democracies in voter turnout; only about 55 percent of eligible Americans voted in the 2016 elections. As for its ranking among other western democracies, the US is far down the list, alongside countries like Kosovo and Romania. And the majority vote in the 2016 election actually went to Hillary Clinton, yet Donald Trump became president, thanks to the antiquated Electoral College system.

Election law is set by partisan state lawmakers, and mostly administered by secretaries of state who are partisan officials. These determine who is “eligible” to vote. Rather than encouraging universal participation in the process, states with Republican-controlled legislatures have enacted laws and put in place processes deliberately making it hard for minority communities in America to exercise their democratic right. Redrawing voting district boundaries, suppressing eligibility and purging voter rolls are tactics used to gain and retain power by those less likely to be supported by minorities.

As for the Electoral College system, which allows states to appoint “independent electors” who cast the actual votes for the presidency — it was a cobbled-together compromise diluting the popular vote, reached by delegates to the 1787 constitutional convention who simply couldn’t agree on anything else.

I Can’t Hear You

It’s Game Over Man: Videos Games are the New Opium

The Wrong Kind Of Following

On The Wrong Side Of The White Picket Fence

Trump Wanted To Be Innocent Bar None, But Got Barr & None

How To Not Get Workplace Burnou-Eh Whatever

“You never really understand a person until you consider things from his point of view… Until you climb inside of his skin and walk around in it.” – Harper Lee