“Never be afraid to raise your voice for honesty and truth and compassion against injustice and lying and greed. If people all over the world…would do this, it would change the earth.”

“You cannot swim for new horizons until you have courage to lose sight of the shore.”

Hong Kong’s pro-democracy activists still see the United States as democracy’s greatest defender. The protesters have had public displays of solidarity from House Speaker Nancy Pelosi and other members of Congress. Now activists are pinning their hopes on the White House, calling on President Trump to take a tougher stance against Beijing.

Supportive bipartisan legislation is working its way through Congress. The “Hong Kong Human Rights and Democracy Act” would allow the US to impose economic sanctions and a travel ban on Hong Kong officials deemed responsible for human rights abuses. One young protester told reporters: “We hope this bill will pass. It’s our hope for winning this war.”

But former State Department and National Security Council official Ryan Hass has a reality check for activists. “I worry that the protesters in Hong Kong risk misinterpreting American sympathy and support of their cause for expectation that the United States will shield them from Beijing’s heavy hand.”

Hass is right, because whether the US takes greater action hinges on a man who is unpredictable — who rarely, if ever, mentions human rights and democracy. Trump is a transactional president, illustrated by his offer to China’s President Xi Jinping last June to stay quiet on Hong Kong as long as progress was being made on trade talks.

“Strong American support for the peaceful protesters is not enough to override president Trump’s transactional instincts,” Hass said. “He does not look at Hong Kong through a values-based lens. And as long as he remains president, this outlook will limit America’s responses to developments in Hong Kong.”

You Put The U In Pollution

Everybody’s Working Because Of The Three Day Weekend

Planting The Seeds Of Corruption

Wealth Rises In The Valley 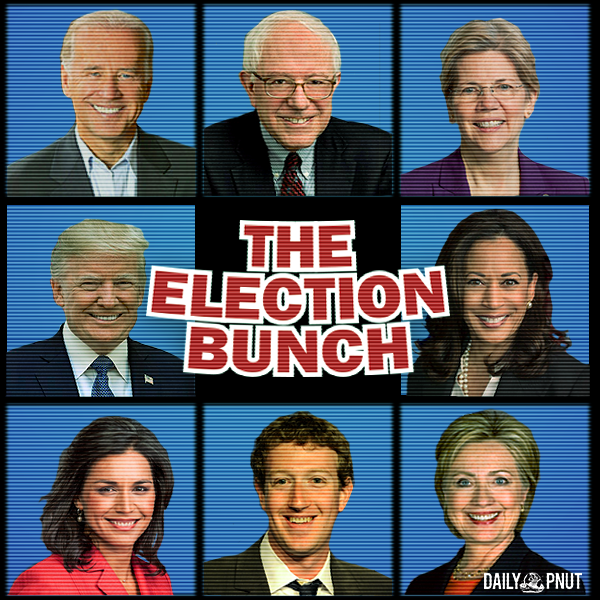 Becoming President is Not a Popularity Contest

The Most Anti-Democracy Company in the World, Inc. dba Facebook

Take A Deep Breath And Cross Your Fingers

“The past is never dead. It’s not even past.”- William Faulkner