Daily Pnut will not be publishing a newsletter on Thursday and Friday. We wish everyone a Happy Thanksgiving!

“Do not spoil what you have by desiring what you have not; remember that what you now have was once among the things you only hoped for.” – Epicurus 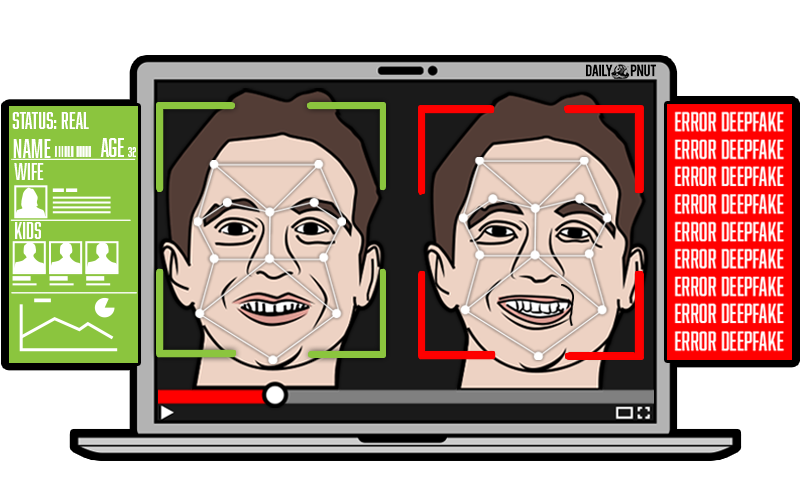 Not quite two years ago someone began using artificial intelligence technology to graft the heads of celebrities onto nude bodies in pornographic videos. The “grafter(s)” called themselves “deepfakes.” The term entered the popular lexicon and soon became synonymous with any fake video doctored with cutting-edge AI.

The ability to manipulate photos and videos or to create fake images from scratch, using computer software like Adobe Photoshop or After Effects, has been around for years. But the process was usually painstakingly slow and required some expertise. Now AI technologies are streamlining the process, reducing the cost, time and skill needed to doctor images. AI systems are learning on their own how to build fake images by analyzing thousands of real images. Given the tools to bypass that part of the workload once left to trained technicians, many more people are able to create a lot more fake stuff.

The effect such disinformation could have on the lead up to the 2020 election is monumentally worrisome. AI’s ability to create manufactured videos is still fairly new, but evolving rapidly. Both Google and Facebook have partnered with academics to help develop detection tools to automatically identify and remove deepfakes, but researchers are being challenged to keep up.

According to the founder of a Canadian company that specializes in machine learning, the fight against deepfakes and other forms of online disinformation “will require nearly constant reinvention.” And as one expert reminds us: “Even with current technology, it is hard for some people to tell what is real and what is not.”

To Go Green, You Must First Go Red

The King Of Oversight VS American Oversight

Don’t Take The Past For Granite