How to Help Your Enemy

“What I fear is not the enemy’s strategy, but our own mistakes.”

“Peace is an armistice in a war that is continuously going on.”

America to Allies: The Worst Friend That Aids Your Greatest Enemy

President Trump made a stunningly obtuse decision Monday that even his staunchest supporters find reprehensible. After a phone call Sunday with Turkey’s autocratic leader Recep Tayyip Erdoğan, Trump announced he would withdraw US troops from northern Syria, where they have been partnered with Kurdish-led Syrian Democratic Forces (SDF) who are guarding captured ISIS fighters. Once the US “buffer zone” is removed Turkish forces will move in, raising new fears of fresh fighting between the Kurds and Turks.

Trump’s decision to abandon Washington’s longtime military partner and greenlight Turkey’s advance shocked military experts and lawmakers on both sides of the isle. But it’s just the latest in a series of erratic moves by the president, apparently taken without consultation with, or knowledge of, US diplomats dealing with Syria, or the UK and France, the US’s main international partners in the country. Trump defended his decision, saying the US had paid the Kurds “massive amounts of money and equipment” to fight ISIS, and other nations needed to step up.

Trump loyalist Sen. Lindsey Graham contradicted the president’s claim that ISIS has been totally defeated. “Isis is not defeated. This is the biggest lie being told by this administration.” Graham said a withdrawal of US troops represented “a big win for Iran and Assad [and] a big win for Isis.

Even Senate majority leader Mitch McConnell criticized approving Turkey to take control of military operations in northern Syria. “A precipitous withdrawal of US forces from Syria would only benefit Russia, Iran, and the Assad regime,” McConnell said. “And it would increase the risk that ISIS and other terrorist groups regroup.” 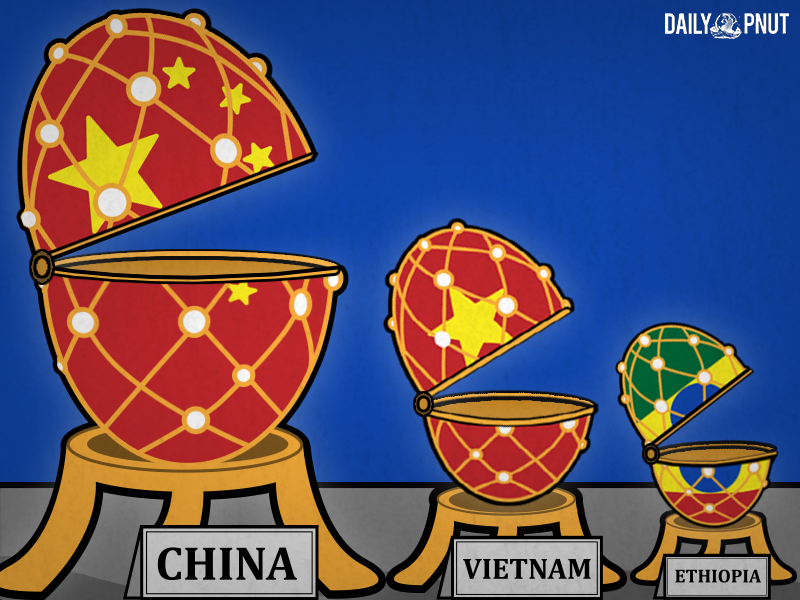 Not Made In China

Make Like The Trees In The Amazon, And Leave

The EU Wants Sharper Tools In The Shed

Death Will Not Be Proud

Another Taxing Return To The Tax Returns

Land Of The Cleansing Sun

From Over-The-Counter To Six Feet Under