“Intelligence is what you use when you don’t know what to do.” – Jean Piaget

“Education is what survives when what has been learnt has been forgotten.” – B.F. Skinner 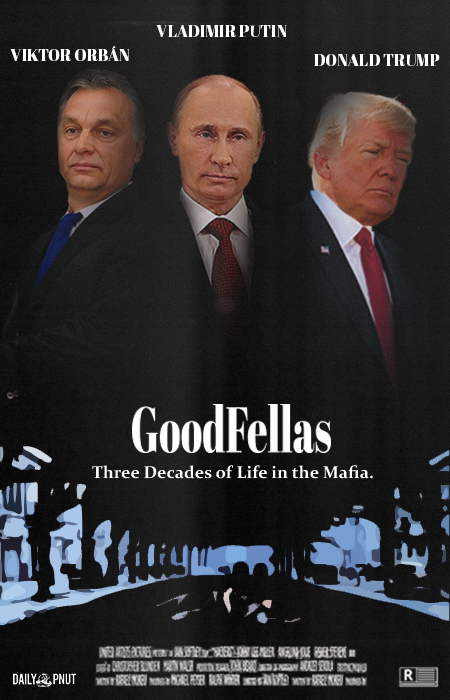 As Far Back As I Can Remember, I Always Wanted To Be An Autocrat

A lot’s been written about President Trump’s overarching proclivity to bond with tough guys and dictators. In the administration’s early days, some level-headed people were available to thwart most of the president’s worst instincts — like believing foreign autocrats over US intelligence and national security advisers.

One danger White House and State Department officials held at bay was an official visit from Hungary’s prime minister, Viktor Orban. They had two major concerns: (1) it would legitimize a leader often ostracized in Europe for undercutting his own country’s democratic institutions; and (2) the probability that Orban could wield substantial influence over Trump.

By early 2019 those level-headed stopgaps were gone, and Mick Mulvaney — someone sympathetic to Orban’s hard-right views and skepticism of European institutions — was acting White House chief of staff. Trump called Putin to ask about Volodymyr Zelensky after he won the presidential election in Ukraine in April. A former official familiar with the conversation described Putin as doing “what he always does” — demonizing Ukraine.

Nine days later Orban made that worrisome trip to the White House. The visit began with an hour-long meeting between Trump and Orban, sans note-takers. Mulvaney was instrumental in making the visit happen; he also facilitated Trump’s direction to other diplomats, including US ambassador to the EU Gordon Sondland, to work with Rudy Giuliani on Trump’s Ukraine agenda.

Then came the infamous July 25 phone call Trump made to Zelensky, which triggered an extraordinary whistleblower complaint that in turn triggered a House impeachment inquiry. Putin’s and Orban’s outsized roles in shaping Trump’s impression of Ukraine were described to impeachment investigators in closed-door testimony last week by George Kent, a deputy assistant secretary of state.

Water Water Everywhere And Not A Drop To Drink…Unless…

Look Both Ways…Look All The Ways

Every Bot Is Working For The weekend.exe