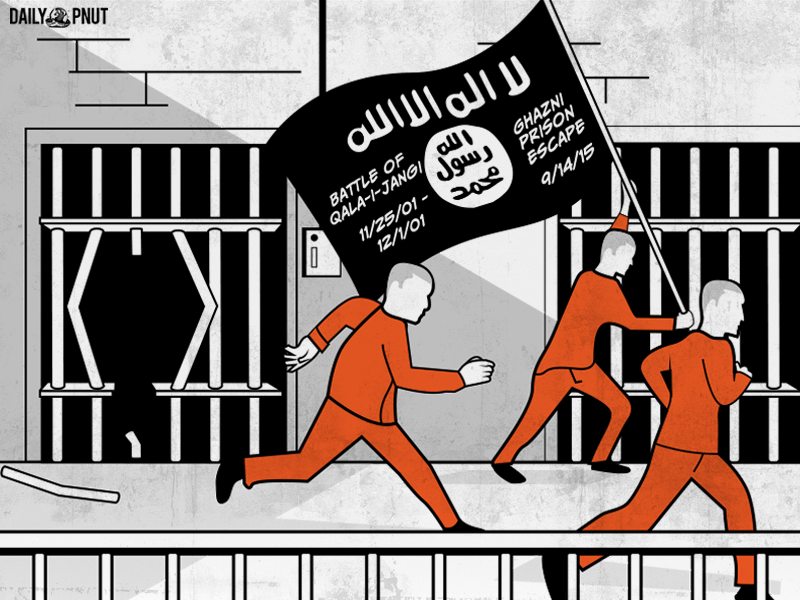 The nightmare of President Trump’s making continues in northeastern Syria as Turkey’s relentless attack on Kurdish-held territory has killed and wounded scores of people, displaced thousands, and allowed at least 750 ISIS affiliates to escape from a detainment camp.

Some 249 women and 700 children, formerly part of the “caliphate” being held in a secure annex at the Ain Issa camp, began rioting, scaring away the guards after Turkish shelling struck close to the area on Sunday. Sleeper cells within the civilian section also emerged during the riot, attacking the remaining guards who had not already fled the shelling. The camp was home to a total of about 13,000 people, including three suspected British orphans and a notorious British recruiter for Isis, Tooba Gondal.

US defense secretary Mark Esper said Sunday the bloody conflict between Turkey and the formerly US-backed Syrian Democratic Forces (SDF) fighters “gets worse by the hour”. Reports and some videos surfaced of Turkish-backed militias summarily executing civilians, including a female Kurdish politician.

As US officials learned the Turkish operation would apparently extend further than Ankara’s proposed 20-mile “safe zone” on the border between the two countries, all 1,000 US troops were ordered to withdraw “as safely and quickly as possible” from the region.

Trump’s abrupt decision to ditch the Kurds is a clear gift to Russia — as well as Syrian president Bashar al-Assad. A spokesman for the Russian International Affairs Council said: “Russia wants to benefit from that operation [and strengthen] ties with Turkey.” Last Wednesday, just before unleashing air strikes and an artillery barrage on Kurdish-controlled areas in Syria, Turkish President Recep Tayyip Erdogan called Vladimir Putin.

I Just Called To Say, “I’d Love If You Stayed Away From Trump”

The Pot Calling The Kettle Corrupt

Millennials Did Start the FIRE

“In reading the lives of great men, I found that the first victory they won was over themselves… self-discipline with all of them came first.” – Harry S. Truman