“Without ambition one starts nothing. Without work one finishes nothing. The prize will not be sent to you. You have to win it.” – Ralph Waldo Emerson 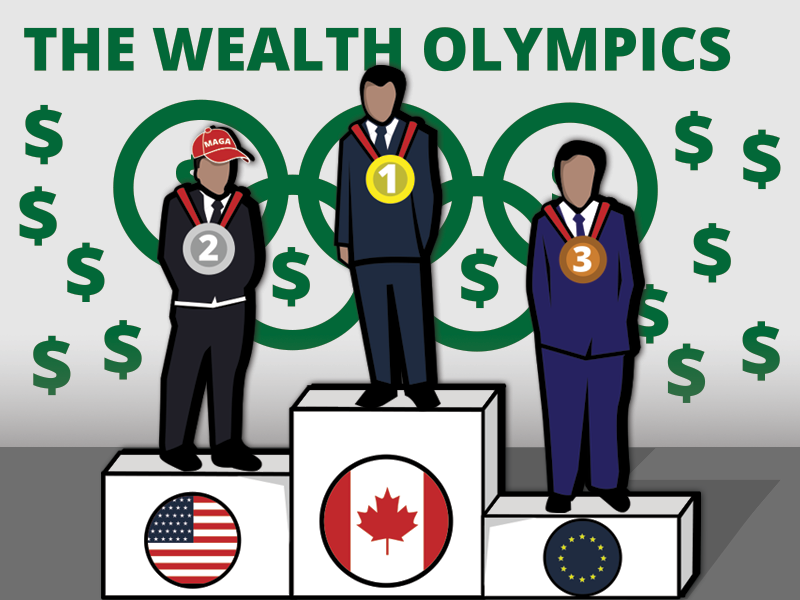 The Neighbors Up North Got A New Pool

It should come as no surprise that in America, the rich are getting richer and the poor are getting poorer. As for the middle-class, international income comparisons show that those Americans in the middle are losing ground to their peers in other rich countries. The US also underperforms other wealthy nations in terms of health outcomes, education levels and other such metrics. Evidence can be seen close to home, in comparison with our neighbor to the north, Canada.

A 2014 New York Times analysis of numbers from the Luxembourg Income Study Database showed that by 2010, the median income in Canada had caught up with that of the US. And a report released this summer by a Canadian nonprofit contends that by 2016, Canada had actually pulled ahead of the US in median household income. The study also compares incomes in every percentile of the income distribution, and finds that up through the 56th percentile Canadians are better off than their American counterparts.

The wealthiest Americans still make far more than their Canadian counterparts, but even at the lowest income level, poorer Canadians have higher incomes than poorer Americans. According to the World Bank, from 1990 through 2018, per-capita real gross domestic product grew at the same 1.5 percent annual rate in the US, the EU and 36 other affluent democracies on five continents. But because income distribution in the US is concentrated at the top, Americans in the middle and the bottom are falling behind their counterparts in other countries.

Things Are About To Get Hairy

Baby You Can Ban My Car

For Whom The News Polls

The Federal Bureau Of (Selective) Investigations

Our Mind, Your Business