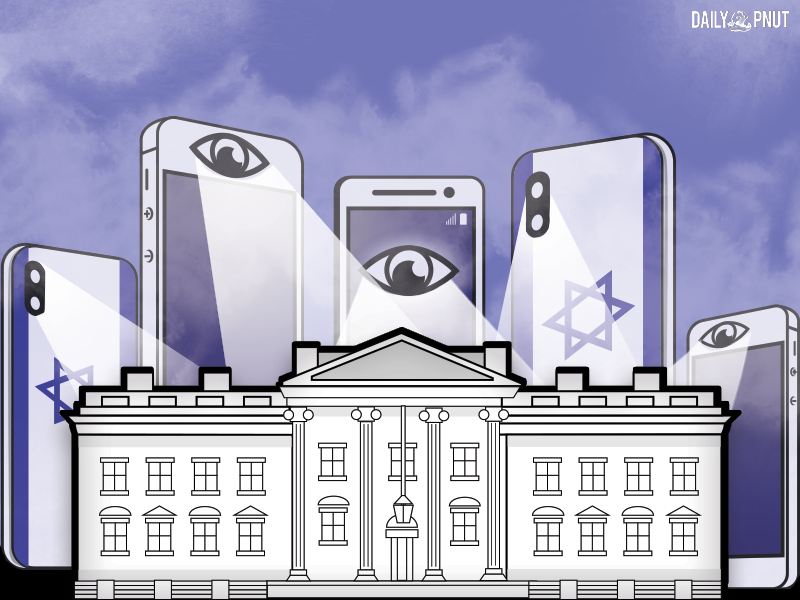 We Finally Find Out What’s Been Bugging US

Three former senior US officials have said that cell phone surveillance devices placed near the White House and other sensitive locations around Washington in the last two years, apparently to spy on President Trump and his associates, was most likely done by Israel. The miniature devices, or StingRays, mimic cell towers and fool cell phones into giving them their locations and identity information; they can also capture the content of calls and data use.

Trump was known to be lax in observing White House security protocols, often communicating with friends and confidants via an unsecured cell phone. Suspicious activity near cell towers in Washington was first reported in 2017, raising concerns that government officials could be the targets of espionage by a foreign entity. Senator Ron Wyden (D-Ore.) requested information from the Department of Homeland Security on the suspected data collection in November 2017. It wasn’t until March 2018 that DHS confirmed it had found “anomalous activity” consistent with StingRay use in Washington, but it couldn’t identify who was responsible.

Politico reported the story in May 2018; Trump dismissed it as false. In October 2018 the New York Times reported that “Chinese spies are often listening” to the president’s cell phone calls. A former official said Trump’s cell phone was later secured against intrusion.

Further detailed forensic analysis of the StingRays by the FBI and other federal agencies led to their conclusion that Israeli agents had planted the devices. Prime Minister Benjamin Netanyahu’s office immediately dismissed the accusations as a “blatant lie.” Neither the White House, DHS, FBI or Secret Service commented.

Don’t Let In The Kremlin

It’s About Maritime You Accept This Deal

Nursing Homes Have An Aura Of C. Auris

Some People Just Want to Watch the World Burn

“It is good to have an end to journey toward; but it is the journey that matters, in the end.”