“In your life, there are going to be constant demands for your time and attention. How are you going to decide which of those demands gets resources? The trap many people fall into is to allocate their time to whoever screams loudest, and their talent to whatever offers them the fastest reward. That’s a dangerous way to build a strategy.”

“If you defer investing your time and energy until you see that you need to, chances are it will already be too late.” 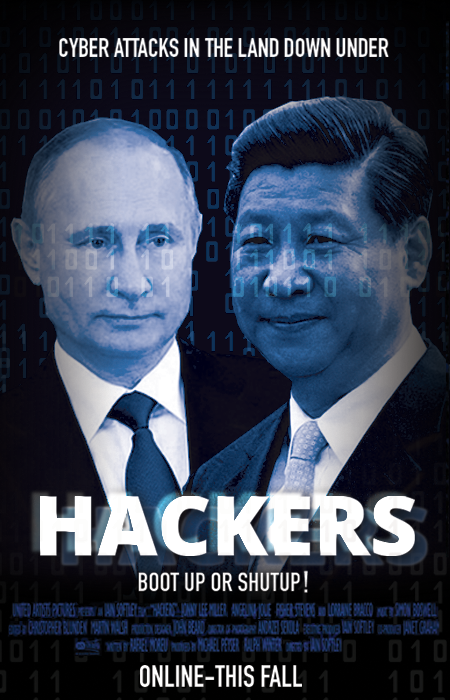 Cyber Drama: Down Under

According to anonymous sources, Australia’s cyber intelligence agency has identified China as the entity behind a large cyber-attack on Australia’s parliament and major political parties. The Australian government revealed in March that unidentified hackers had breached the security of the country’s parliament in a February attack. The attack also hit Australia’s three main political parties: the ruling Liberal party and coalition partner National party both had their networks breached, as did the opposition Labor party.

While the five anonymous sources informed Reuters of their direct knowledge of an Australian report classified report on the attack, the Australian government has not spoken out on the attack. Two of the sources cited Chinese trade relations as the main reason for the government’s silence on the issue; China is Australia’s biggest trading partner and consumes one third of their exports every year.

Following the attack, Australian legislators and their staffers were urged to change their passwords. Attackers also accessed policy papers of the major parties, as well as private email correspondences of party members.

Additional read: I Work for N.S.A. We Cannot Afford to Lose the Digital Revolution. Technology is about to upend our entire national security infrastructure. (NYT, $)

Great News For The Titanic, Bad News For Us

Breaking Down The Walls Of Those Who Want Walls

Now Is The Winter Of Her Dissent

“Intimate, loving, and enduring relationships with our family and close friends will be among the sources of the deepest joy in our lives.”  – Clayton M. Christensen