“You never know beforehand what people are capable of, you have to wait, give it time, it’s time that rules, time is our gambling partner on the other side of the table and it holds all the cards of the deck in its hand, we have to guess the winning cards of life, our lives.” – José Saramago

“There is a lure in power. It can get into a man’s blood just as gambling and lust for money have been known to do.” – Harry S. Truman 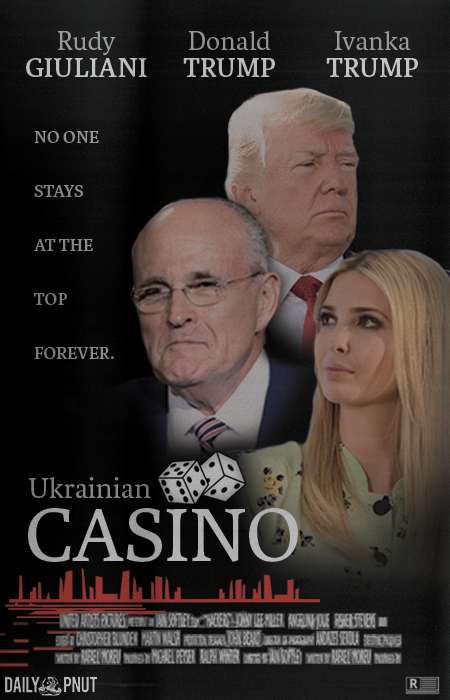 Will The House Fold?

Rudy Giuliani, former mayor of New York and personal lawyer to President Donald Trump, is currently caught in the crosshairs of the first presidential impeachment inquiry in twenty years. Giuliani and President Trump have become the main focus of a recently opened impeachment inquiry, which was sparked by an anonymous whistleblower’s accusations that President Trump attempted to coerce Ukraine’s President Zelensky into aiding him in his own personal agenda.

Giuliani’s role in Ukraine began as early as November 2018, when he was first connected with a Ukrainian-American businessman in Florida, through whom he slowly began digging up information on potential corruption scandals between Ukraine and top Democrats while also building new connections with Ukranian politicians and officials.

According to witnesses and correspondents, the majority of the conversations centered around two major conspiracy theories: former Vice President Biden pressuring Ukraine to halt an investigation connected to his own son and potential collusion between Ukraine and Democrats during the 2016 election. No credible evidence has been uncovered thus far.

Since the incident has come to the forefront of media, Mr. Giuliani has openly spoken with news reporters, including appearances on Fox News, and has been ravenously tweeting about Joe Biden, though they have done little to slow the impeachment inquiry, which has reached breakneck speeds.

Houthis On The Rise

Celebrating Their Own Way

Online And Under The Radar

I Fund You To The Moon And Back