“Nobody will ever win the battle of the sexes. There is too much fraternizing with the enemy.” 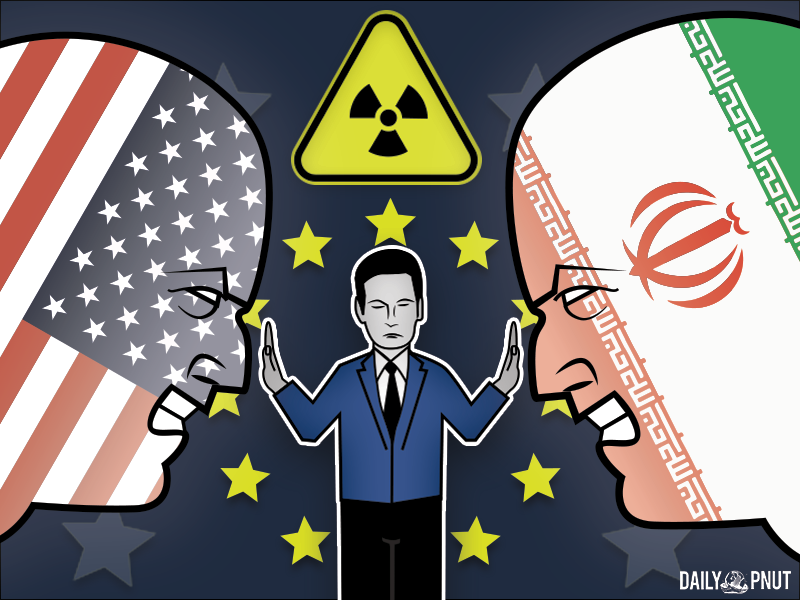 President Trump’s jingoistic approach to international diplomacy has traded calm for crisis, and nowhere is that more apparent than what’s happening vis-a-vis Iran. The 2015 nuclear deal may not have been perfect, but by pulling America out last year and reinstituting punishing sanctions Trump has placed America’s national security and that of her European allies in a decidedly more precarious position.

Europe’s leaders saw the nuclear deal as important for their own security and for the stability of the Middle East. They wanted to encourage Iran to keep in compliance, because pursuit of a nuclear weapon by an unrestrained Tehran could lead to war with Iran on one side and the US and Israel on the other. European officials were also troubled by Washington’s ready use of extraterritorial sanctions that affected their countries, so last January Britain, France and Germany created their own trade channel called INSTEX, for Instrument in Support of Trade Exchanges. It was intended to bypass Trump’s punitive banking sanctions and enable Tehran to keep doing business with the rest of the world.

However, six months later European leaders are finding themselves caught in the place they most feared when Trump left the deal 13 months ago — the middle of escalating tensions between Iran and the US. Tehran’s Atomic Energy Agency announced Monday it will continue stockpiling uranium and exceeding enrichment limits, in violation of the 2015 accord, unless Europe can solve its economic problems caused by the sanctions. And Washington wants Europeans to help pressure Iran to enter humiliating new negotiations aimed at shutting down its nuclear program entirely, limiting its missile programs, and restricting its regional ambitions. At a time when America needs allies it is doing the exact opposite.

Survival Of The Diplomatist

Putin Pulls Out Of Venezuela

Can’t Defend Against These Allegations

“We must find time to stop and thank the people who make a difference in our lives.” – John F. Kennedy