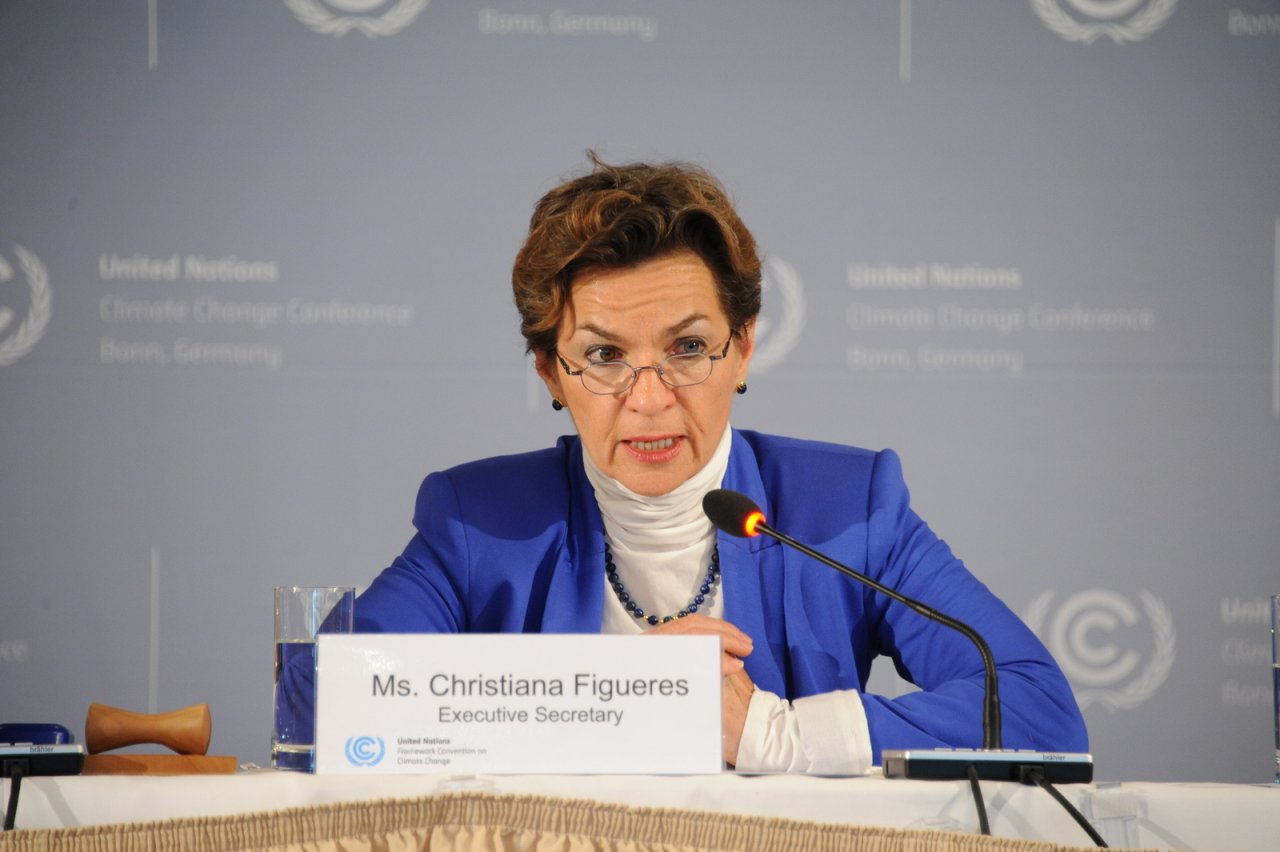 Today, you know Christiana Figueres as the frontrunner for United Nations Secretary General. But until July 6th, she was the top UN authority on global climate change, having been appointed to the position of Executive Secretary of the UN Climate Change Convention by Ban Ki Moon. Since the 2010 UN Climate Change Conference in Copenhagen, she has overseen the UN Climate Change negotiation process, including the 2015 Paris conference which yielded the historic Paris Agreement. Even cooler than that, she has had a tropical moth and a wasp named after her. So just in case you run into a Struthoscelis christianafigueresae or Pseudapanuteles christianafigueresae, you have her to thank.  A few days prior to her nomination to the Secretary General position, we sat down with her in her Bonn office to talk about her legacy and how the climate change landscape has changed over the last six years.

Daily Pnut: How do you feel the global attitude towards Climate Change has changed since you took over following the 2009 Copenhagen COP?

Christiana Figueres: I think that the attitude and the perception for possibility has changed dramatically. After Copenhagen, both politically, as well as economically, there was really not much perspective. Politically, we had come to a dead-end road, and from a technology perspective and from a finance perspective, there wasn’t really much hope. There was a sense that we would never be able to address the challenges of climate change, certainly not in a timely fashion.

What marked the pivot in changing attitudes?

Over the past six years, many things have happened that have allowed for that transformation. Perhaps the most important thing is that the cost of renewables has come down so dramatically, certainly. Solar energy has come down 80% since then, wedging itself into other renewables that have also come down– perhaps not as dramatically as that– but making it already technically possible for most economies of the world to move much more towards renewables rather than fossil fuels. And that, just that technological opening has brought with it many other things; there is much more interest on the part of investment, because the low price that these investments can be profitable.

How did the drop in oil prices influence this change?

The drop in oil has just reminded people that fossil fuels are completely unpredictable in their price and that the cost of renewable energy is completely predictable in its price, namely zero, because once you have the technology installed then the sun never sends you a bill, the wind never sends you a bill, and that of course changes the balance of what is profitable and what is predictable.

You mentioned the technological improvements over the past 6 years. With that, do you feel like governments are doing enough to incentivize private business to move towards renewables?

Well, what is not happening is enough investment into early-stage renewables. So, we’ve seen this dramatic drop in (the price of) solar, but that’s because we’re now benefiting from investments that were made 10, 15 years ago into improving the efficiency and the capacity of solar. But we’re not investing enough into doing the same with other renewables, to invest now into increasing capacity and dropping price. So that is certainly something that needs to be done. The Bill Gates’ of the world have constantly called for– and I think he’s very right, for massive investments in technologies that don’t exist yet, so breakthrough technologies that we don’t have yet. Those that we have are pretty decently priced, but we’re not seeing much more gain in price there, and those we don’t have yet, we’re also not seeing enough investment.

Knowing that we’re now reaping the results of these investments, what key achievement or metric would you give to skeptics of renewable energy to sway them?

I’d say the competitive price. It is really quite remarkable that we’re now bidding solar and wind at 3 cents per kilowatt hour, which is completely undoable for fossil fuels, no matter what. They just can’t compete with 3 cents per kilowatt hour. So the fact that the price of renewables are actually lower than the price of fossil fuels is quite remarkable and I think that tendency will continue.

From the public policy and business perspectives, you’ve said that the general outlook has improved since 2010. How do you feel the landscape has changed from a grassroots and public level?

I think there has also been an uptake in awareness. What is perhaps the most visible proof of that is the 2014 Climate March in New York, where we had thousands and thousands of people turn out on the streets, people with very different perspectives. We had nurses and doctors turn out because they were worried about health; we had technology providers who were very excited about providing new technologies; we had mothers come forward because they were worried about the future of their children; we had scientists turn out – so people with very different perspectives.

We had people turn out and add their voice to a call for what eventually became the Paris Agreement. It’s become much more of a kitchen table conversation. I think in 2009 or 2010, if you said “global climate change” people would have no idea what you’re talking about, but I think now the press has reported enough, and with enough clarity that the concept is much more of a kitchen table conversation, and that people are connecting the dots and making the links.