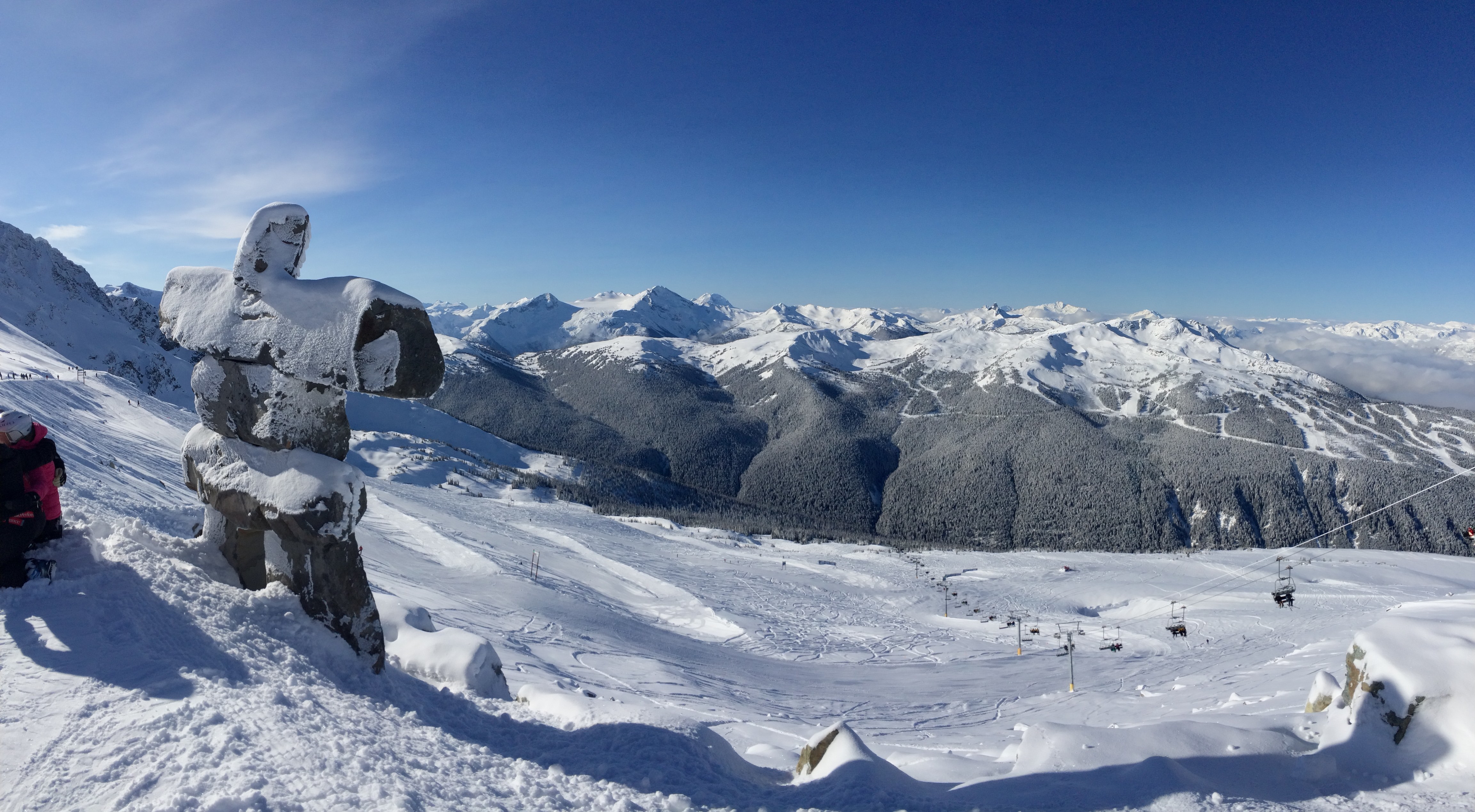 Pnut’s Guide To Surviving (And Thriving) Amidst El Niño

After several productive years for the tech-crazed West Coast, the western half of the United States is finally gearing up for its least productive winter since Chris Farley was last impersonating the El Niño — or as he clarified, “for those of you who don’t habla espanol, El Niño is Spanish for… THE Niño!”

El Niño is known in scientific circles as the El Niño Southern Oscillation, or ENSO. El Niño is to weather news what Justin Trudeau is to Canadian news. Trudeau began his career as a snowboard instructor at Whistler, one of the West Coast’s premier ski destinations. So to mark the joint occasion of the arrival of the latest El Niño and the latest Trudeau PM, we put together “The Pnut’s Guide To Surviving (And Thriving) Amidst El Niño.” We hope you enjoy this overview of winter wonderland spots and hope it will inspire you to practice your ski ballet. No, seriously, watch the ski ballet video. This takes practice.

Fly into Vancouver, take the gorgeous Sea-to-Sky Highway, and arrive 90 minutes later at North America’s largest ski resort. Once you’ve filled yourself with excellent local poutine in the village, head up to enjoy a mile vertical (that’s 1.6 km in vertical distance from top to bottom for those of you too Canadian to speak miles) where a younger Justin Trudeau used to board as part of the “Ride Tribe.” Whistler recently built Peak2Peak gondola (an Olympics perk), which takes 24 passengers on a heated ride of 4.4 km. If you go to one resort, make it Whistler.

Lake Tahoe may not be the highest, the deepest or the snowiest place, but its proximity to San Francisco and the expected snowfall for this year make Squaw Alpine our second resort to visit. Though technically two separate resorts, a new gondola under construction will soon make Squaw Alpine a single resort that offers more skiable terrain than Vail. On a powdery weekend, Squaw takes the Pnut’s Most Likely to Power the Tech Bubble Award. Seriously, go track El Niño through the years from the comfort of your Lake Tahoe Uber before you hit up the world’s first ski-through Starbucks at Squaw.

The magic of Alta Snowbird is not only famously deep powder or proximity to Salt Lake City and the SLC airport, but also in their strong adherence to the no-snowboarder policy. Imagine that. “Alta is for Skiers” is a tagline so strictly adhered to that it is now only one of three ski areas left in North America that do not allow any forms of non-skiing snow recreation, including snowboarding. Rejoice! What else can you ask for? 5,547 snowboarder-free acres? 4,406 snowboarder-free vertical feet? $4 snowboarder-free beers? You got it!

Two hours south of Seattle and a short hop away from Trudeau’s British Columbia playground lies Crystal Mountain, on the very edge of Mt. Rainier National Park with sweet 360-degree views onto the most majestic mountain in North America. Though not usually at the top of the list for best ski resorts on the West Coast, Crystal Mountain has been a great beneficiary of El Niño this year, with over 18 feet of fresh sweet powder as of Dec 22. If Tahoe is responsible for destroying productivity at Apple, Google and Facebook, leave it to Crystal Mountain to distract Microsoft and Amazon. But just as long as you can get your Starbucks, grab a grande and head up there!

Jackson Hole stands unique among the ski resorts, proud of its western heritage, fierce in its Wyoming independence, and really, really, ridiculously good looking. It’s home to Dick Cheney who invites Republican candidates to his mountain home once every four years for a crowning of sorts. It’s the birthplace of Teton Gravity Research, the best named ski movie studio in the world. And, most importantly for you, it’s just a badass ski resort. But beware! Don’t come here if you’re a beginner. Uniquely challenging among ski resorts, Jackson offers 50% expert, 40% intermediate and only 10% beginner terrain.

With so many options, how do you make the most of El Niño? Well, a Mountain Collective Pass and a few Southwest flights will arm you with everything you need to bless your friends’ Instagram feed with the season’s greetings… every. single. day… till they can’t take it no more.

And now, parting words of wisdom from the Pnut: the only thing funnier than seeing your friends’ startups crash is seeing them crash while skiing.