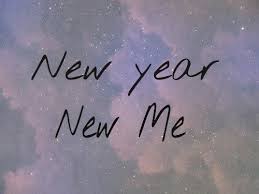 It’s that time of year again. You are about to wake up from a terrible hangover and scroll through your Facebook feed to see photos of your friends who are more accomplished, more attractive and generally happier than you are as they celebrate the New Year.

To console your newly invigorated self (and give you hope that your life is not, in fact, in a perpetual “second place”) you make a wish list of things you want to accomplish this year, commonly referred to as “New Year’s Resolutions.” Next, you will post about it on Facebook, buy some books from Amazon and maybe hire a coach/trainer/tutor to help you accomplish them. To help you in this process the team at the Daily Pnut created a summary of all the “inspirational” and “how-to” guides out there for common New Year’s resolutions so you can just read them and go on failing to achieving your goals without wasting too much time/money.

If your New Year’s resolution is to lose weight:

Look the formula is pretty simple: if energy exerted > energy consumed you will lose weight. When someone asks if you want fries with that say no. Actually, say, “cancel my order” then walk your ass out of McDonald’s and never come back.

If you have a lot of money to waste go to SoulCycle (or FlyWheel if you are more competitively inclined). Or if the idea of being in a dark room with 40 sweaty strangers bobbing up and down on a stationary bike doesn’t appeal to you try going for a run outdoors. If you are more of the grumpy type try boxing. Or just go to the gym like everyone else and don’t leave until you’ve worked up a sweat.

If your New Year’s resolution is to be smarter with your money:

First, start saving, not for retirement, chances are you won’t get a chance to retire because by the time you are old whatever is left of Social Security will have been spent on teaching someone in the government math.

At the end of the month most of you get a salary deposited into your account. Look it up, spend less than that. Look for discretionary spending you can cut. You don’t need someone to put Blue Apron in your fridge for you, in fact, you probably don’t even need Blue Apron (or any of the thousand other subscription services you’re signed up to).

If your New Year’s resolution is to learn another language:

Don’t. Really, just don’t bother. If you have to put this on a new year’s list then you probably aren’t that proficient with languages so chances are you will fail. The smart ones will realize that early on and devote the few hours a week they were going to spend making incomprehensible sounds in “French” on something more productive (like Facebook). The rest of you will toil away until you finally take a trip to France only to quickly revert back to English because “they use slang that you weren’t taught on Rosetta Stone.”

There are only two reasons to learn another language. Either it’s a graduation requirement or you want to rapidly increase your pool of potential dates. The circumambulation (great word, possibly wrong context) of the Earth around the sun isn’t.

If your New Year’s resolution is to drink less:

Why? Why would you do that to yourself? What’s next? Learn knitting and how to play the shuffleboard? Get rid of that stupid thought and just enjoy your cocktail until you are swinging from the chandelier (at which point it might be time to stop drinking). Also, you are probably still hungover from Christmas/New Year’s and you need a drink to help you get over it.

If your New Year’s resolution is to quit smoking:

Just quit. This isn’t the 80’s, you know it’s bad for you. Take up a much less dangerous habit, like skydiving.

If your New Year’s resolution is to stay up to date on World Affairs:

Read the Daily Pnut… all day, every day.