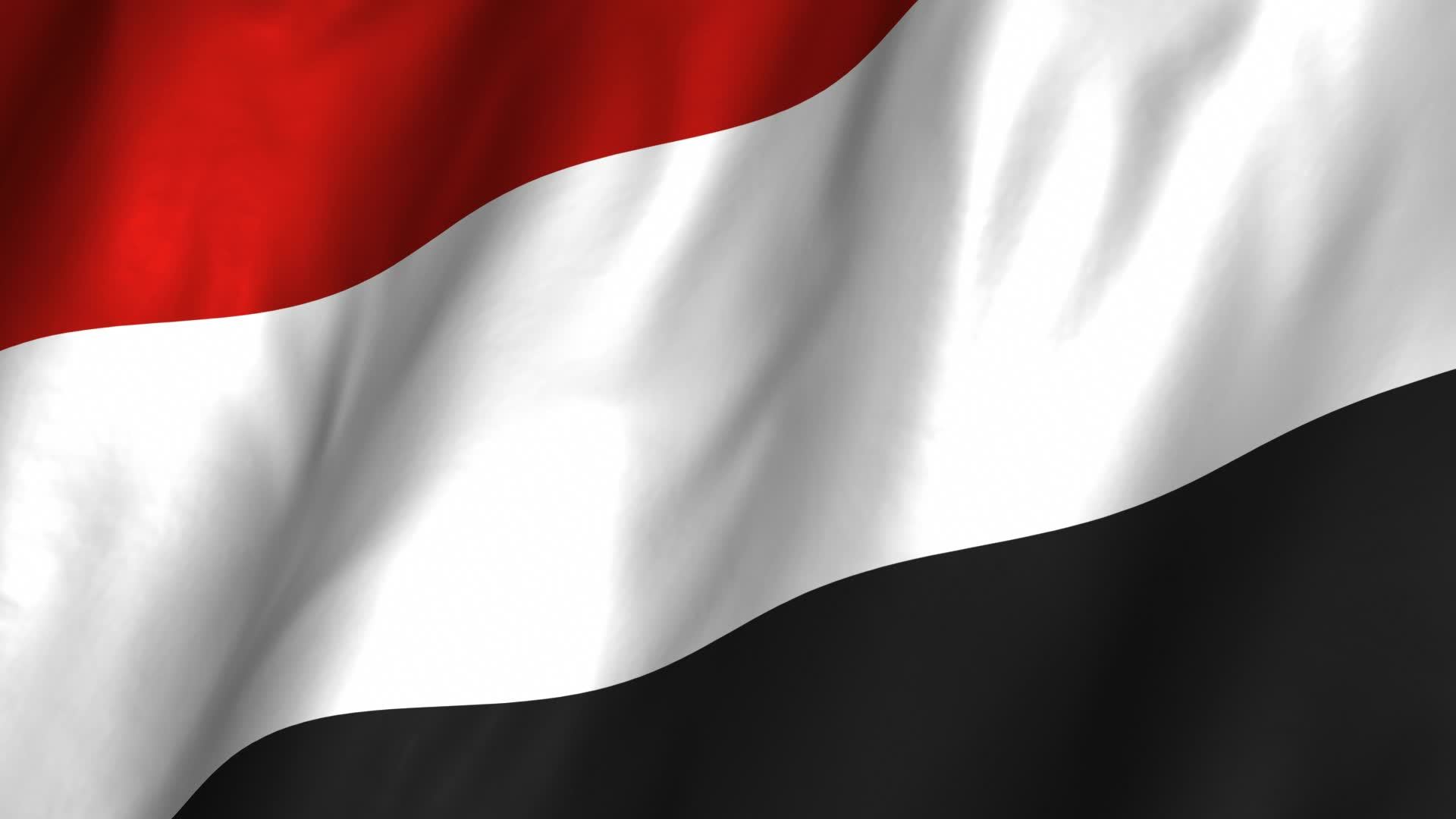 Yemen Explained: The War No One Understands

Making sense of the civil-turned-regional war in Yemen.

In case you weren’t paying attention (or you just gave up on the Middle East), there is a civil-turned regional war in Yemen. The conflict is so complicated you might need an info-graphic to figure it out (we didn’t make one). Below is our attempt to explain it to you through the written word.

Even by Middle Eastern standards Yemen is an unstable place. For the past 100 days Saudi Arabia and a “coalition” of other states have been bombing the daylights out of Yemen trying to unseat the “Houthis,” a Shiite-esque, group from North Yemen, who have seized large parts of the country and install Abdo Rabbo Mansour Hadi in their stead.

So far the campaign has failed to unseat the Houthis (the Houthis were even able to attack inside Saudi Arabia), has strengthened the hand of Al Qaeda in the Arab Peninsula (AQAP) in the south (they captured a whole province) and impoverished the people of Yemen even further.

The Saudi bombardment has destroyed vital civilian infrastructure, and the UN estimates that 80 percent of Yemen’s population needs immediate emergency aid to prevent a humanitarian catastrophe. Infectious diseases are already spreading throughout southern Yemen, where hospitals are mostly non-functional, the electricity is off and food, medicine and fuel are difficult to find.

The Arab Spring destabilized what was a “fragile peace” in Yemen. Longtime President Saleh was unseated in a protracted and difficult struggle leading to his replacement by Hadi. The Houthis, a Shiite-esque tribe in Northern Yemen on the border with Saudi Arabia, seized the opportunity to assert their strength and ask for autonomy. Saleh, of course, was unhappy that he was no longer president and coordinated with the Houthis, helping them seize the capital Sana’a in September 2014 and crush Hadi’s supporters.

Eventually Hadi pretended to resign and fled Sana’a to the southern port city of Aden which guards the Bab-Al Mandeb waterway (a lot of the world’s oil goes through there). From Aden, he revoked his fake resignation and tried to undermine the Houthis. Rebels never like to leave a job half done so they chased him to Aden, prompting the Saudi intervention.

Saudi Arabia is like the big brother Yemen never wanted to have. It has been intervening in Yemen’s politics in one way or another since both countries were founded. One way to think about is that Yemen is to Saudi Arabia like Ukraine is to Russia. Saudi Arabia doesn’t like things happening there that are out of its control, especially if those things are linked to Iran-backed Shiites. This isn’t the first time Saudi intervened militarily to stop Shiites from controlling one of its neighbors. In 2011, the Saudis invaded Bahrain to support the Sunni king against a Shiite majority.

Also, Saudi Arabia has a new king, whose son is the defense minister. Some have speculated that this war is a way for them to prove they are worthy of their new titles.

So who are the Houthis?

Up until the 1960s, North Yemen had been ruled by a Zaidi (kind of like Shiite) imamate for centuries. During the 1980s, the Saudis funded a campaign to spread Wahhabi schools and mosques in the Zaidi heartland. The Houthi movement (they prefer to be called Ansar Allah) was born as a revivalist movement seeking to preserve Zaidi culture and heritage against this campaign. They’ve fought a number of battles with Saleh’s troops before (it’s tough to keep track of the changing alliances).

The Arab Spring created an opening which the Houthis have exploited ruthlessly. They pandered to the hungry masses, promising cheaper prices and more jobs, while blaming the corruption of the ruling parties for the people’s misery. Since taking power, they have tried to silence all opposition and their intentions and allegiances are unknown (which is why Saudi Arabia is freaking out).

What about that whole North/South thing?

The rise of the Houthis is only one part of this story (I hope you aren’t confused). Before 1990, Yemen had been divided into two states: North and South Yemen. South Yemen had been a socialist state, dependent on its Soviet patrons. The end of the Cold War forced them to seek new solutions, and they decided to form a single state, the Republic of Yemen. However, within a couple of years, the South tried to get a divorce, leading to a civil war in 1994. Since then, southerners have resented northern domination, and a popular southern secessionist movement was born in 2007.

Are we blaming America yet?

It’s really not the US’s fault. This is one war in the Middle East where the US has played only an observer role (not counting the occasional drone attack). Part of the reason is because the US wants to sign a pact with Iran, and the Saudis are freaking out at any Shiite “advances.” So the US is just letting Saudi do its thing in Yemen.

Iran? We can always blame Iran?

Kind of. True the Houthis are technically Shiite (like Iran), but they are Zaidi Shiites. In the world of fanaticism, that’s different enough to consider them heretics. The Houthis are mainly a homegrown movement, fearful of Wahhabi ideology that is sponsored by Saudi clerics, and Yemen is far enough for Iran to know better (although it does, on occasion, send over a few weapons just to piss off Saudi Arabia). This war is largely the result of decades of decay and a whole lot of armed groups with different identities. The Arab Spring gave them that opportunity.

Ali Abdullah Saleh: Former president of Yemen for the 30 years prior to the Arab Spring. Devious and cunning, he was ejected from power in 2012 by overwhelming consensus during the Arab Spring, but he is another one of those Arab dictators that just refuses to go away. Known for never going away and being able to master Yemen’s politics.

Abd Rabbo Mansour Hadi: Saleh’s longstanding deputy and the current president of sorts. A southerner, he was elected for a two-year term in 2012 to oversee the national transition. Known for being the butt of many jokes, the only guy without his own militia in Yemen and really just not knowing what he is doing.

The Southern Resistance: A motley crew of tribes, local residents and other assorted characters bravely trying to defend their homes against both the Houthis and AQAP. These might be the closest thing the Yemen conflict has to “good guys.” They are currently backed by the US and Saudi Arabia but face long odds.

The Arab “Coalition”: The Arab version of George Bush’s “coalition of the willing” for Gulf War II.

What’s going to happen next?

Success breeds a mess: The Houthis might actually win the war and take over the whole of Yemen. The Saudis won’t be happy and will spend the next decade or so trying to undermine their southern neighbor, and the Houthis will be isolated internationally (remember, Saudi is an important US ally). None of this will be good when you consider that they will “win” a devastated country with a lot of armed fanatics running around… The task to rebuild Yemen into a stable state will likely be beyond them.

Stalemate and separate: It is likely that both sides won’t gain much more territory, and they will just sign a “truce.” The truce will likely split the country in two (or three if you count the AQAP controlled parts). The different sides will almost certainly go back at it soon after.

Resist and regress: They could also keep fighting for a long time (peace is for the weak). Yemen would collapse, if it hasn’t already. AQAP would capture more territory, the Houthis wouldn’t go anywhere and the devastated population would get even more devastated. This isn’t good for Yemen (duh), Saudi Arabia, the US or anyone that has to send ships through the Bab Al Mandeb passageway (everyone).

Peace and prosperity: You know, this one is always the most obvious one but also the most difficult one. All the sides (except AQAP) would benefit from a stable and peaceful Yemen that respects the different tribes and religious beliefs. Saudi would accept that the Houthis are here to stay, the Houthis would withdraw to their northern stronghold, Hadi and Saleh would be accommodated and marginalized, the South can get a degree of autonomy and the Yemeni people can start rebuilding their lives (ideally this time sans US drones).