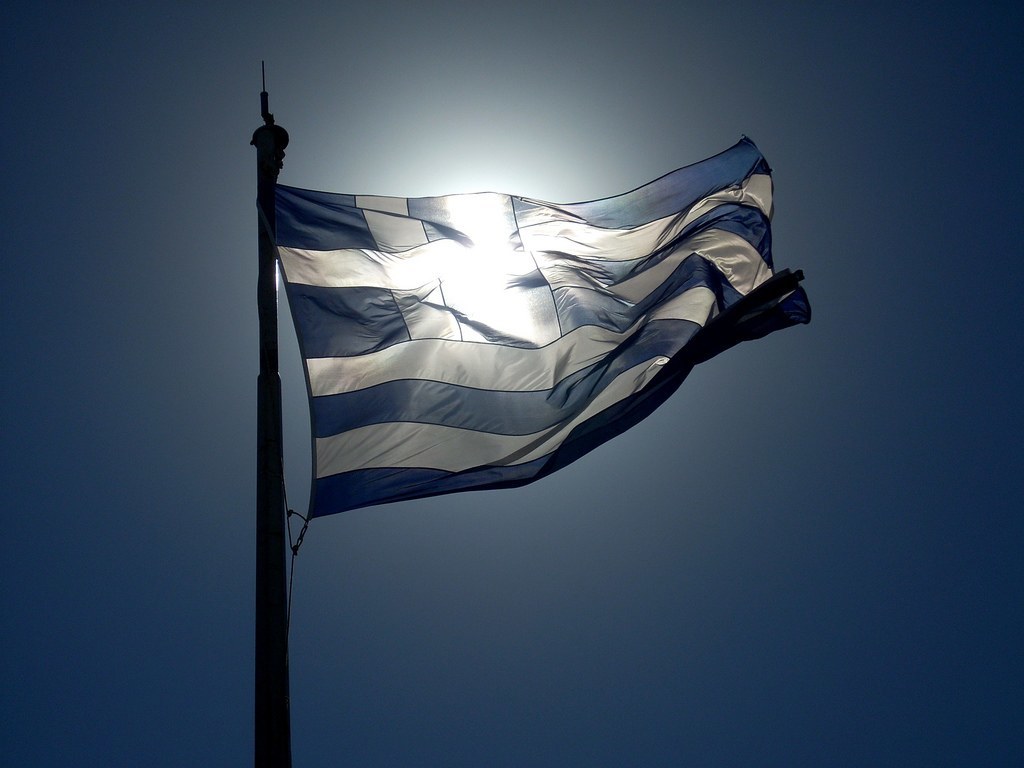 Greece is broke, and it owes a lot of people a lot of money after living for years beyond its means.

What is going on?

Greece is broke, and it owes a lot of people a lot of money after living for years beyond its means. Greece has 320 billion euros (and rising) in debt that it owes the “troika,” aka the IMF, EU and the European Central Bank (ECB), and there is really no way it is going to be able to pay that money back. Some other Europeans (particularly ze Germans) seem to think that if Greeks undergo “austerity” they will be able to eventually pay back all the money it owes (think of how Catholics view guilt). They also wanted the Greeks to do other things like “collecting taxes”… pshh… why would any country want to do that.

Austerity didn’t work, and now the Greeks are more broke than they were a few years ago. And, as of June 30, they are officially in default to the IMF. Greece and “the troika” have spent the last few months bickering like an old married couple about how to get out of this mess. After months of “he said she said” and proposals and counter-proposals, they’ve managed to make zero progress (well, unless if you consider a banking crisis on top of an economic crisis progress).

As of June 30, the banks are closed, and each Greek citizen can only withdraw 60 euros per day from the ATMs (provided you can find one with cash in it).

What is the Referendum?

The Greeks are going to have a referendum on July 5 about this whole euro business. Except it’s not that simple. The referendum isn’t about the “euro” per se, but about two highly technical documents called the “reforms for completion of the current program” and “preliminary debt sustainability analysis.” Confused? So is the average Greek voter, who, as of Tuesday, couldn’t even locate the two documents online (in any language).

You might think that this is just a fancy way of voting on the euro? That’s not what Greek PM Tsipras thinks. According to him, a “no” vote doesn’t mean they will leave the euro. It just means that he can go back to Ze Germans and get a better deal (the electoral equivalent of playing hard to get). Don’t bother asking him who will pay the bills until then though.

Ze Germans (and the French, Belgians and Italians, etc.) aren’t playing along. For them this is a referendum on the euro and not about two weird documents (which, by the way, are no longer an offer by the EU anyway).

Here are a few scenarios for what might happen:

A deal like this before the referendum may be the best outcome… assuming it was a “good deal” (aka less austerity, more structural reform). It would allow for a simple referendum, or even a canceled referendum, and it would end the market uncertainty surrounding the country.

Hopefully, this will mean that everyone agrees that being in the euro is a good thing. In theory, Tsipras could take the “yes” vote to get a working deal agreed upon, and then he would have the mandate to implement it in Greece, including unpopular measures (like pension and public sector cuts). The crisis ends, we all move on and go to Mykonos for a big party.

The Tsipras government, after campaigning for “no,” falls. A new government led by the New Democracy, or a national unity government, fails to get a majority. Greece continues muddling through with a combination of a “drachma” and the euro remains in circulation until they reach a deal or just phase out the euro slowly.

Tsipras is actually proven right (so far he doesn’t have a good track record of that), and he can take the no vote to get a good deal for Greece. This will likely take a few painful weeks in which two currencies will be in circulation, after which Greece reaches a deal with the troika and goes back to the euro.

Tsipras gets his “no” vote and goes to the troika. They tell him to take a hike. Capital controls stay in effect indefinitely, a new currency called the “drachma” is introduced and all euro deposits in the currency are forcibly converted into the drachma. Likely this will also lead to austerity and pension cuts (ironically, the reason we are in this mess in the first place is because we are trying to avoid these two things). A new central bank may print money to cover Greek public debt leading to high inflation. Greece would default on its external debt.

When Does All This Go Down?

Who Are The Players?

Alexis Tsipras: Greece’s new (and fairly young) Prime Minister hails from the far-left, radical Syriza “party” (or rather coalition). Tsipras won the election in January 2015 on a promise to end austerity and has proceeded to reverse some of his predecessor’s policies. His most notable accomplishments have been replacing austerity with a financial crisis and creating the world’s most complicated referendum question.

Yanis Varoufakis: Greek finance minister and Lord Voldemort look-a-like has played a central role in making sure the talks don’t go anywhere. He was, supposedly, a game theory professor in a previous life but has failed to bring any of that theoretical know-how to his current job.

Antonis Samaras: Former prime minister and leader of the center-right New Democracy party in Greece. He is seen as the voice of the “opposition.” He is widely known for showing a lack of enthusiasm when campaigning against Tsipras, accepting poor deals from the troika and generally being uninspiring.

Angela Merkel: Ze leader of ze Germans (and de facto leader of the other creditors). Think Margaret Thatcher with a poor sense of style and with a population that actually likes her. Germany holds the most amount of Greek debt and is the most robust economy in the euro zone. Despite playing a central role in creating one of history’s longest running recessions, she is still popular among her constituents.

Wolfgang Shauble: Germany’s finance minister and a general pain in the neck for everyone south of the Alps (or west of the Rhine). He is a stickler for the rules and doesn’t like anything that sounds like “relief, holiday or bailout.” If you had a stereotype of a German in your mind, it would be him.

Mario Draghi (aka Super Mario): The man, the myth, the legend… the Draghi is the glue that keeps Europe together and also the head of the ECB. He has the power to move markets by saying a few simple words. In July 2012 he said he would do “whatever it takes to save the euro.” Everyone breathed a sigh of relief and went on holiday. Now his promise is being seriously tested.

Jean-Claude Juncker: The President of the European Commission and citizen of Luxembourg (European powerhouse). He has been central to the talks, creating a personal rapport between the different parties. He is widely known for not being listened to and not “understanding Tsipras.”