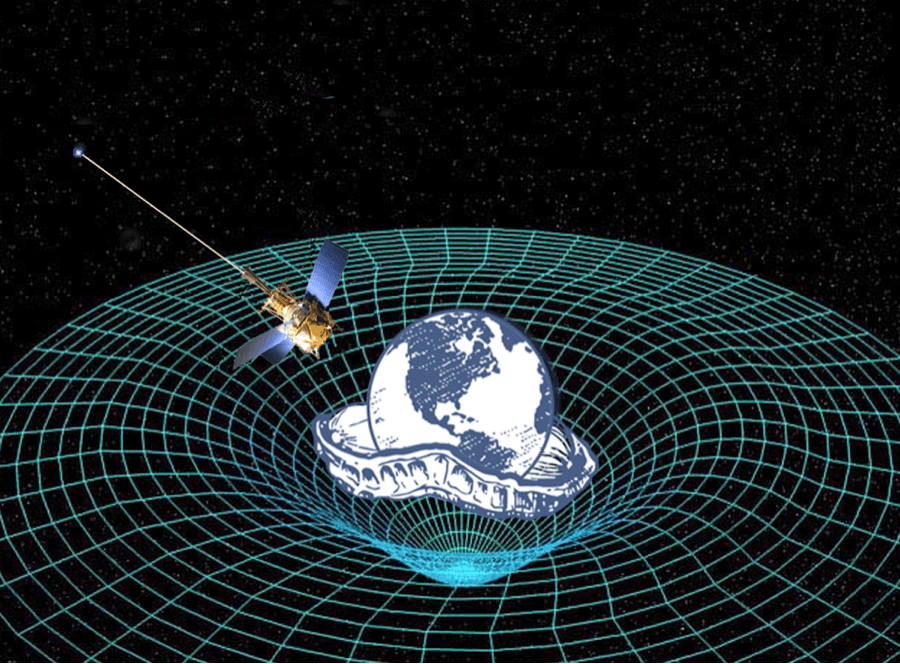 This Thanksgiving eve, if you’re looking for a topic to divert the conversation away from “how Donald Trump will be able to defeat Putin, because, you know, he literally wrote the book on the art of the deal,” there is no better way than to invoke Albert Einstein (I suggest segueing with something about wispy hair).

Why invoke a crazy haired old white man that almost ended the world by inventing the nuclear bomb you may ask? Well, you simply won’t find a more opportune time to do so for another 900 years. Today, November 25th 2015, is the long-awaited (by some people) 100th anniversary of the publication of Einstein’s earth-shattering theory of general relativity. So, you’ve pivoted from politics, now it’s your turn to shine. Before you do, remember one important thing, there may be 10 people in the world that fully comprehend the meaning and implications of Einstein’s theory of relativity and they most certainly don’t interact with other human beings, so you have plenty of room to elaborate to dramatic effect.

ISAAC NEWTON was wrong. Time and space are NOT absolute.

In a Newtonian world objects with mass have an innate force within them (Newton was a huge Star Wars fan) called gravity, which interact with other massive objects to attract each other.

In Einstein’s world, objects being ‘pulled’ by gravity are actually not experiencing any forces at all, but are moving on a straight path within a curved line, kind of like staying in your lane on curved highway, except the highway is something called spacetime.

Special Relativity (are you fu$%$ing serious?):

That’s right, general relativity was so different than agreed physical thought at the time that Einstein had to change canvases to paint his picture. The key fabric of this new canvas: Spacetime. Spacetime effectively states that time and space are not distinct, absolute constructs (we usually think of the passage of time as completely independent of what “space” we occupy) but a single continuum that is interwoven. In fact, if you go really fast time moves more slowly and you age less quickly

The Importance of Special Relativity to General Theory- James C. Maxwell solved equations for light that stated that the speed of light will always be the same (300,000 km/second), no matter how fast an observer is moving. This didn’t seem to bother anyone until a 16 year old Einstein imagined that he was moving almost as fast as a light beam (a fixed speed), and realized that according to Maxwell, that light must still be travelling away at the speed of light. But then to someone who is not moving at all, wouldn’t it seem that that light beam is travelling at the speed of light PLUS whatever Einstein’s speed is? So instead of throwing away Maxwell’s equations, he took a giant leap and said, well time must slow down for me if I move that fast, and distance must shrink, so that the light will still be travelling at that speed away from me. This is how space and time became interwoven in physics.

The Importance of Einstein’s Equivalence Principle to General Relativity- Phenomena that we perceive to be caused by competing forces acting on one another are in fact simply objects moving through spacetime warped by a single large mass. The clearest example of this is explained through one of Einstein’s favorite modes of explanations: The Gedankenexperiment

This is not a Tenant per se but a means of explanation. It was Einstein’s favorite way to explain his nutty ideas.

Imagine for a moment you wake up groggy in an elevator with no recollection of how you got there. The doors won’t open, which is annoying, but you assume the fire department will show up soon to let you out. Now I tell you Einstein’s “happiest thought:” there is no way for you to determine whether you are in an elevator stuck on the ground floor of your apartment building, or if your elevator is in deep space with a rocket strapped to the bottom, accelerating you 9.81 meters per second2 into the abyss (think of the force you feel when an airplane accelerates for takeoff).

Because you’re a masochist, you assume you are in the latter situation. You decide that you’re in a very unique position to do a very specific experiment that is already set up (bear with me), so you shine your laser pointer horizontally across the elevator and what you measure is not entirely unexpected. As the light moves across the rocket-elevator, you see it bending downward and hitting the other side lower than the point it left.

This makes sense because in the time it takes light to travel across the elevator (the speed of light is not infinite) the rocket has accelerated the elevator upwards. You’re super excited that you have seen light bend with your own eyes, but a little bummed because you have confirmed that you are going to die alone in space. The next moment, however, you hear a screech of the doors opening and see the lobby of your apartment building.

Disclaimer: the Pnut, and in particular, this author, has the right to free speech (because America IS great again) and as such is legally allowed to have distorted everything you have just read in the interest of readability. While he hasn’t done exactly that, significant substance (read math) that provides more context to the theory of relativity had to be left out and therefore some (physicists) would describe the above as a brutal generalization of a beautiful theory that requires deep mathematical knowledge to be discussed. We disagree but thought we’d let you know.