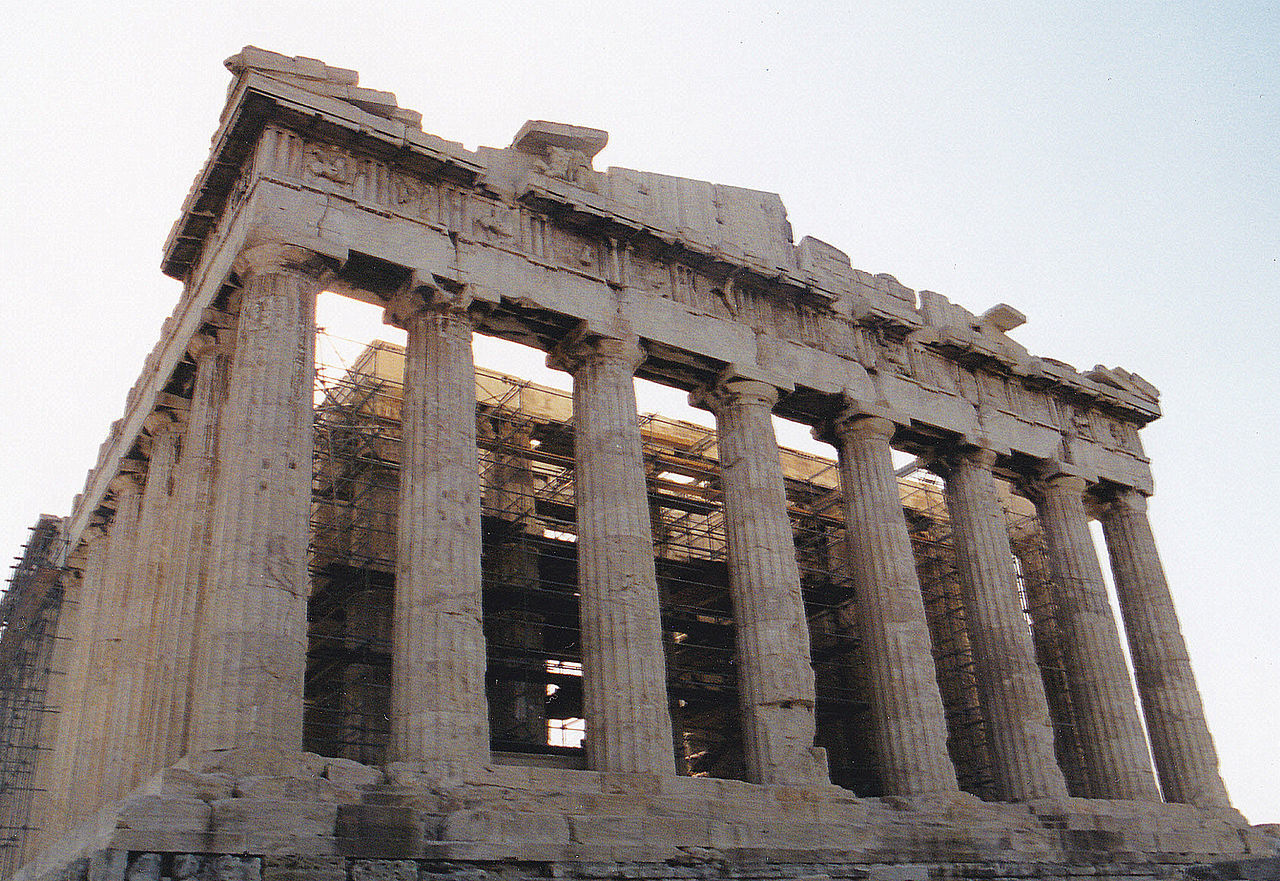 Grexit: Insight From The Streets Of Athens

Tewfik Cassis reports from Athens on the Greek economic crisis.

“The thing is, us Greeks, we don’t have a sense of humor. We are known for our tragedies and our dramas,” remarked Neofitos Christodoulou, a prominent Greek businessman, 10 days into Greece’s “bank” holiday. Neofitos had much to be tragic about. Six years of crisis had forced him to lay off 25 employees, roughly 75 percent of his pre-crisis workforce. The latest turn of the crisis made him tell the remaining employees to stay home.

For the past two weeks Greece has entered the climax of the Comedy of Errors — that is its six-year-old economic crisis. Banks have been closed, referendums called, rallies and counter-rallies have been held, society divided and tales of conspiracies and Armageddon have become more commonplace than Donald Trump’s racist statements. We’ve spent the last few weeks in Athens trying to understand how a city in the midst of a crisis can still manage to function. Below is a Pnut editor’s first-hand account which helps to explain it.

A View from Athens

I landed in Athens the Monday after Greek PM Alexis Tsipras announced a referendum on the latest proposal put forth by creditors (more details can be found here). A bank holiday had been announced and capital controls were put into effect, limiting withdrawals to 60 euros per account per day and forbidding wire transfers or transactions abroad. Crucially though, e-banking services for domestic transfers still functioned, and you could get a new ATM card from select branches.

Knowing this was the case (and unsure yet if foreign cards were subject to the same limit), I had brought with me from Cairo (another place with capital controls) a small stash of dollars to give me enough liquidity to pay for the countless gyros* I would consume during my stay. I rushed to the currency exchange booth to exchange them to euros where the man assured me he would give me a good deal on the conversion (he didn’t). After about 20 minutes in the exchange line with other forward-thinking and equally duped travellers, I stuffed the euros into my pocket and exited baggage claim.

There was a camera crew outside from a local TV station filming the “queues” at the airport ATM stands… the only problem was that the queue at the time had one person in it, engaged in what looked like a normal transaction (hardly newsworthy). I braced myself for an interesting week.

I hopped into a cab at the airport to head to downtown Athens, where I was staying with a friend in Kolonaki (Athens’ version of the West Village), a stone’s throw from Syntagma square (Athens’ version of Tahrir square) and across the street from the German Embassy (convenient). Figuring that I was now playing the role of “foreign journalist,” I should act the part and ask my cab driver what he thought about the political situation and use it to inform the rest of my stay in Athens. (This conversation actually happened.)

At this point it is worth stopping and explaining some of the above:

Samaras: Former PM and former leader of the opposition and center-right New Democracy party. Widely known for displaying a general lack of enthusiasm. The joke on the Athenian street was every time he gave a statement, his party lost five points.

George Papandreou: Former PM and the former leader of the socialist party PASOK. He hails from a long line of Greek leaders that are known for elevating Greek populism from “clientelism” to “populism.” He ran in 2009 on a campaign platform of “We have money!” Only problem was that the Greeks did not have money and had to go ask the IMF for some a few months later…

To Potami (The River): A “centrist” party run by Theodorakis. I could not find a single person that had something nice to say about them during my two weeks in Athens.

Golden Dawn: A Far-right, neo-Nazi party that has gained popularity since the crisis began as a reaction to the ineptness of the political class and a spike in immigration. They hold genocidal objectives, including the expulsion of minorities and the re-conquest of “Greater Greece.” Despite having their leadership in prison, accused of being a front for a criminal organization and generally despicable, they are still the third largest party in the Hellenic Parliament.

Syriza: A “coalition” of lefty radical groups that includes Marxists and Trotskyists that like to call themselves comrade and still call St. Petersburg Leningrad (much to the chagrin of the people who live there). Not to be confused with the Communist Party, which is something else entirely. They are led by Alexis Tsipras who still has to convince some members of his party that the Soviet Union didn’t really work out…

Why then should my cab driver, whose political allegiances draw inspiration from Adolf Hitler, be supportive of a party that openly celebrates Hitler’s sworn enemies, Stalin and Lenin? It is a question that has perplexed most of Europe. The easy (and probably correct) answer is that the economic mess that has been Europe for the past six years has pushed people toward the fringes. And they have come together against their common enemy, “Europe” (a modern day Molotov-Ribbentrop).

The crisis presented the Athenians with a host of challenges, the most obvious being the bank holiday. Athenians would queue up every morning waiting to get their 60 euro allowance. Housewives would take all the debit cards for the family and would withdraw everyone’s share of the deposits. Pensioners were badly hit by the mess. So used to operating in a cash economy, they had no debit cards. Some banks would open a side door allowing pensioners to come and get one issued, giving banks the allure of a speakeasy (without the fun).

In the evenings rallies and counter rallies would be held. The Commuinsts were the most organized the New Democracy “Nai” rallies the most fashionable. Attending these rallies quickly became part of many Athenians’ routine.

The government made a number of promises to ensure an “oxi” vote.They promised that banks would open by the following Tuesday (they didn’t). They promised that they would have an agreement within 48 hours (they didn’t). They called the creditors terrorists (they weren’t). The rhetoric worked, 60 percent of Greeks voted “oxi” setting the stage for another showdown with the creditors and an extended period of capital controls.

“There is a reason countries around the world don’t let you hold referendums on fiscal matters” New Democracy MP Niki Kerameus told me when I went to meet her at her office in downtown Athens. “It is very difficult for any citizen to vote yes for more taxes!”

Niki is a rarity in Greek politics. A lawyer by training and a Harvard alum she avoided politics for most of her life. Spurred by the harsh winter of 2011 Niki set up a philanthropic organization to help Greeks hurt by the crisis. Frustrated by the laws around philanthropy, she requested to see then PM Samaras on the issue. He was so impressed with her that she became one of 12 MPs appointed to Parliament based on merit rather than political jockeying.

When asked what was gained by the referendum she responded, “Tsipras was the big victor in the referendum. This was less a referendum than a plebiscite on his popularity.” And in a way she is correct. The Greek leader enjoys a double mandate: one from the people and one from the Parliament. The opposition, terrified of a “national disaster” that would occur if Greece were to leave the Euro and the EU, is “acting beyond the strict interests of its party and actively supporting the PM, Tsipras, in bringing an agreement that keeps Greece within Europe,” according to Niki.

As the hangover from the celebration of the “oxi” vote subsided, the words “national disaster” became real for regular Greeks. Rumors about banking collapses and “deposit haircuts” (when the government just helps itself to your money in the bank) spread like wildfire.

And the Greeks, faced with the imminent collapse of their economy, did what any rational people would do… they went shopping and paid their personal debts and their taxes.

It is not as crazy as it sounds. When faced with the prospect that the government might “haircut” the money you have in the bank, it makes sense to convert that money into a TV or jewelry (much more difficult for the government to “haircut”). One jeweler I spoke to said that with every passing day of capital controls, sales of their gold line increased until they were almost stocked out.

Another thing to do when faced with a “haircut” is to pay back all those people you owe money to (including the government). One banker told me that for the first time his non-performing loan portfolio was actually paying on time! Finally, you could pay your taxes today, before the haircut. For the first time ever, Greeks were eager to pay their taxes… in full!

The story for Greece is not over yet. The government is still negotiating a deal with the creditors that has almost 10 times as much austerity as the Samaras government was negotiating in November (when the banks were healthy and the economy was growing).

Varoufakis will probably go onto a promising career that will involve books, tenure and a lucrative speaking tour. The opposition will struggle to finds its voice. The proverbial can has been kicked down the road for Greece and its creditors. Europe will need to define itself.

Ironically enough, after campaigning aggressively for “oxi!” the government is signing a deal with 4 billion euros more austerity than had they voted “nai” due to the damage done to the Greek economy and the loss of trust in the past two weeks.

It is probably fitting that in a land of contradictions like the Hellenic Republic (fancy way of saying Greece), no turns out to mean yes…

It is important to note that I voted “nai” in the referendum. I am a Greek citizen, courtesy of my Greek grandmother who hails from Constantinople (Greeks have yet to come to terms with the name change).

*a gyro is a Greek wrap, like a burrito or a shawerma. If you come to Greece you should have one.